In ancient times, Kim Shin (Gong Yoo) is an unbeatable general in wars, but the young King (Kim Min-Jae) is jealous of Kim Shin and kills him. Kim Shin becomes Dokkaebi (Goblin), possessing an immortal life. At first he thinks that he is blessed, but he realizes that he is cursed.

Closer to the present day, Kim Shin has waited 900 years for a human bride to end his immortal life. One night, he saves a dying pregnant woman (Park Hee-Von) who is destined to die. Meanwhile, the Grim Reaper (Lee Dong-Wook) is unable to find the dead pregnant woman. The woman gives birth to a baby girl named Ji Eun-Tak (later played by Kim Go-Eun). 9 years later, Ji Eun-Tak lives with her mother and is able to see ghosts. One night, her mother suddenly dies. On that night, she meets the Grim Reaper. 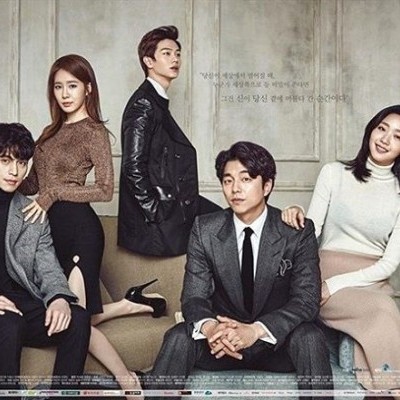 [Ost Part 5(Dokkaebi/Goblin)] Eddy Kim - You are so beautiful

[Ost Part 6(Dokkaebi/Goblin)] Sam Kim - Who Are You

[Ost Part 14(Dokkaebi/Goblin)] Heize - Round and round