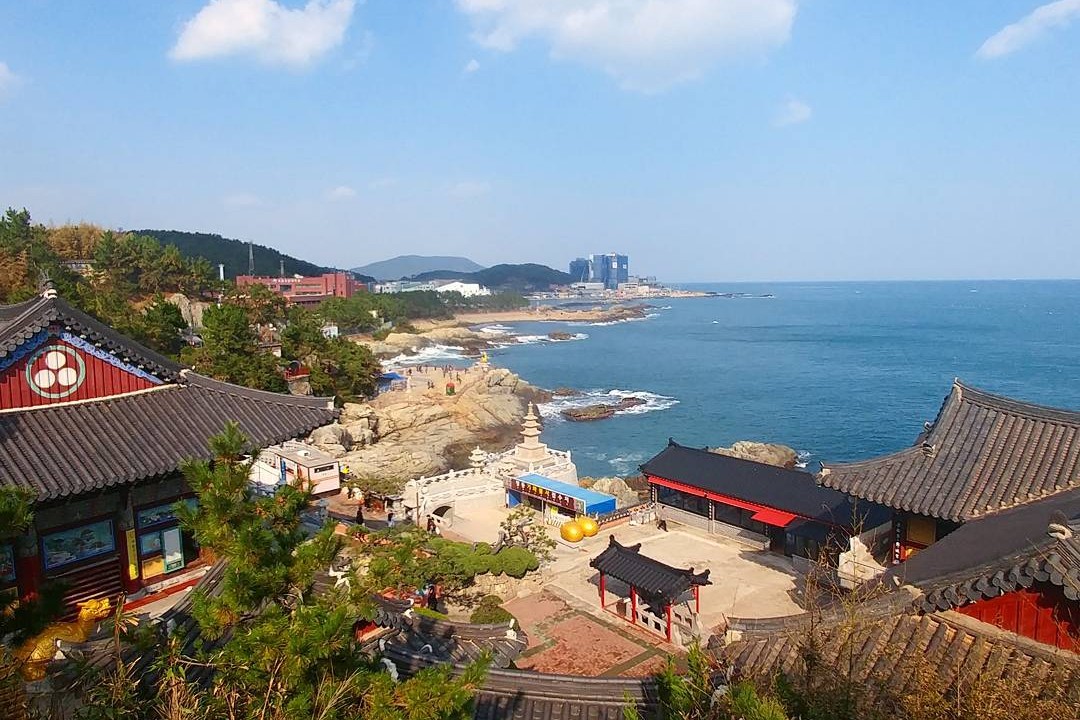 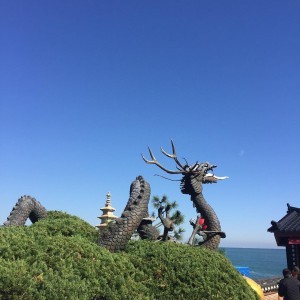 Haedong Yonggungsa Temple is situated on the coast of the north-eastern portion of Busan. This superb find of a tourist spot and temple offers visitors the rare find of a temple along the shore line. Most temples in Korea are located in the mountains. Haedong Yonggungsa Temple was first built in 1376 by the great Buddhist teacher known as Naong during the Goryeo Dynasty. Haesu Gwaneum Daebul (Seawater Great Goddess Buddha), Daeungjeon Main Sanctuary, Yongwangdang Shrine, Gulbeop Buddhist Sanctum (enclosed in a cave), and a three-story pagoda with four lions can all be seen looking out over the ocean. The main sanctuary of the temple was reconstructed in 1970 with careful attention paid to the colors that were traditionally used in such structures. On the right-hand side, inside the a cave, is a uniquely designed Buddhist sanctum, while situated just in front of the main sanctuary is a three-story pagoda with four lions. The four lions are symbolizing joy, anger, sadness, and happiness. Other special sites at the temple are the 108 stairs and stone lanterns lining the rocky landscape. After going down the 108 steps, one will be delighted with the beauty of the temple. Midway down the 108 steps one can stop and enjoy the calming sounds of the waves, and view the majestic sunrise. Many people often come to this spot on New Year's Day to make a wish for the new year as they watch the sun come up. April is an especially beautiful time of year with cherry blossoms in full bloom. The birth of Buddha is also celebrated in April (following the lunar calendar) and offers a spectacular night view as the temple area is aglow with electrically lit lanterns.