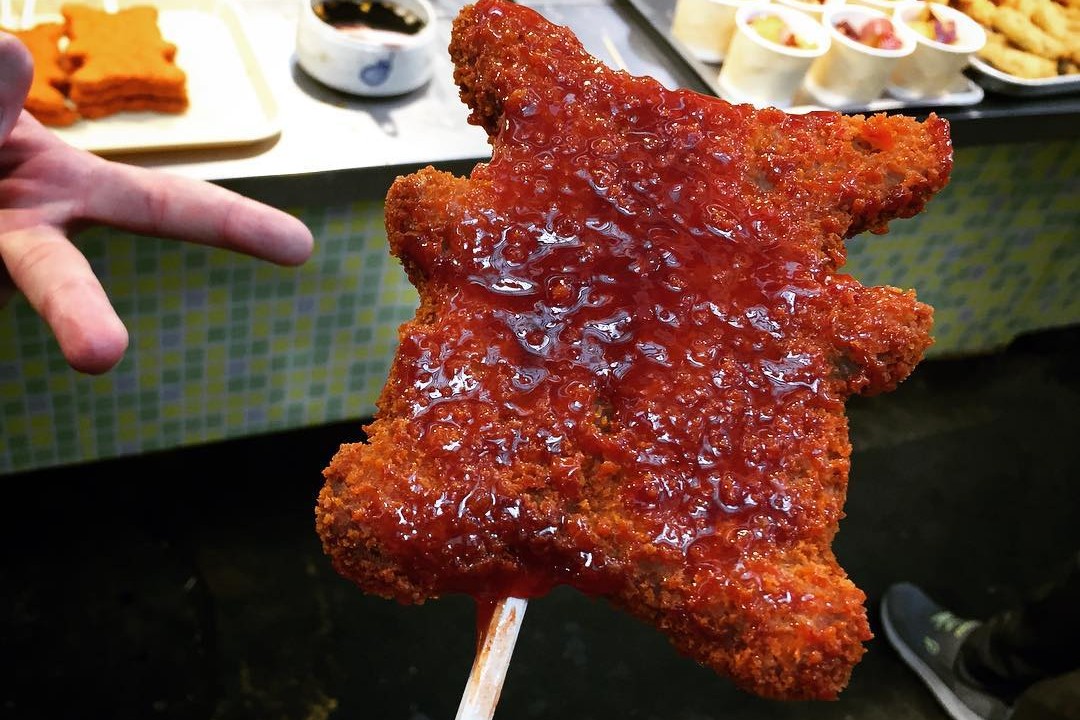 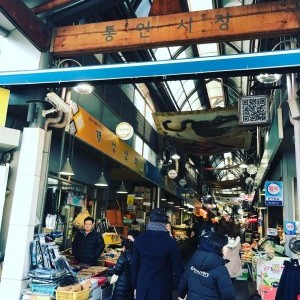 Tongin Market dates back to June 1941, as a public market set up for Japanese residents near the Hyoja-dong neighborhood when Korea was still under Japanese rule. After the Korean War the nation experienced a swift rise in population, which led to a natural increase in consumption and demand. As a result the area’s street vendors and stores used the former Tongin Market area as their marketplace. Now, Tongin Market consists of 75 stores, most of which are restaurants and grocery stores. There are also some shops selling manufactured goods like underwear and shoes.