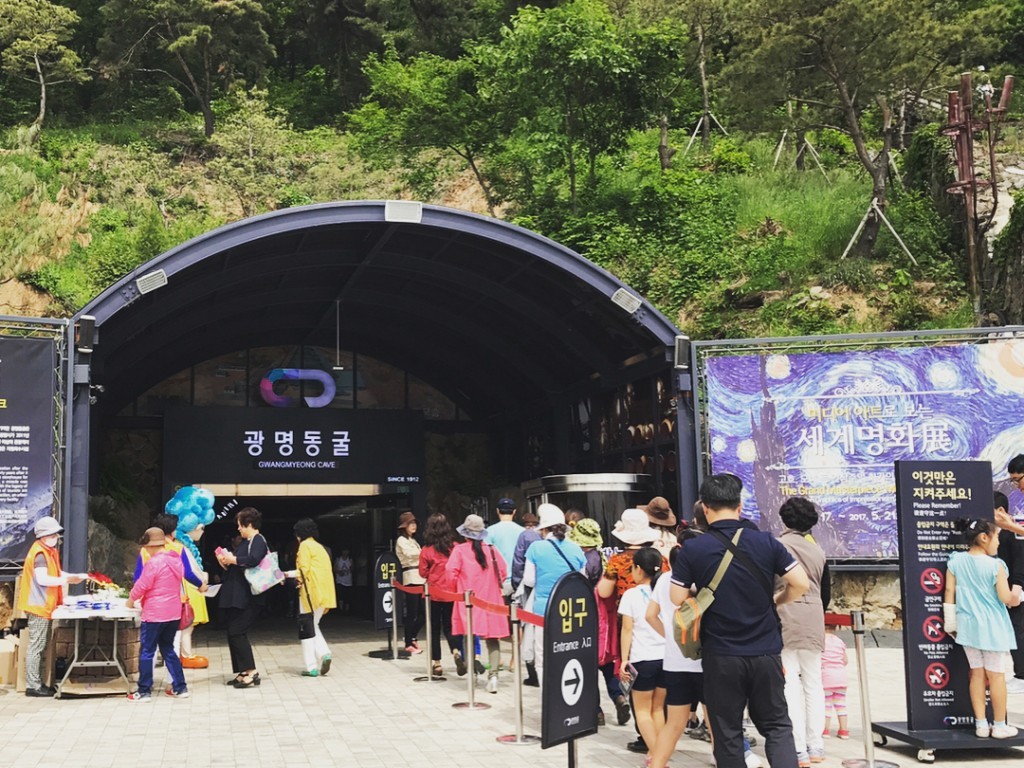 The name Gwangmyeong, which was given to this city located just southwest of Seoul, means “prosperous life.” Its natural environment, particularly its incredible geological features, attracts Seoulites to the city both for short day trips and also extended trips to escape the midsummer heat.

Gwangmyeong is easily reachable via public transportation. When going by bus from Incheon International Airport, it takes approximately 1 hour and a half, while it only takes about 35 minutes by subway from Seoul Station to Gwangmyeong Station. The city recently gained more popularity by becoming the home to large shopping centers like IKEA, Costco, Lotte Premium Outlets, and more. 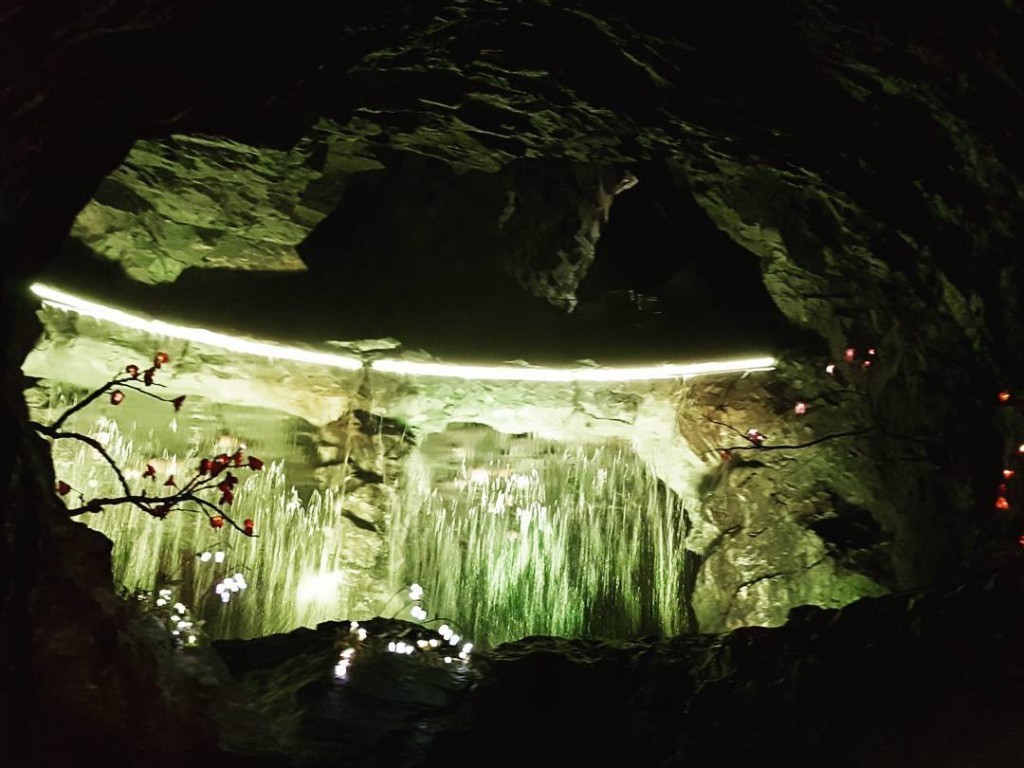 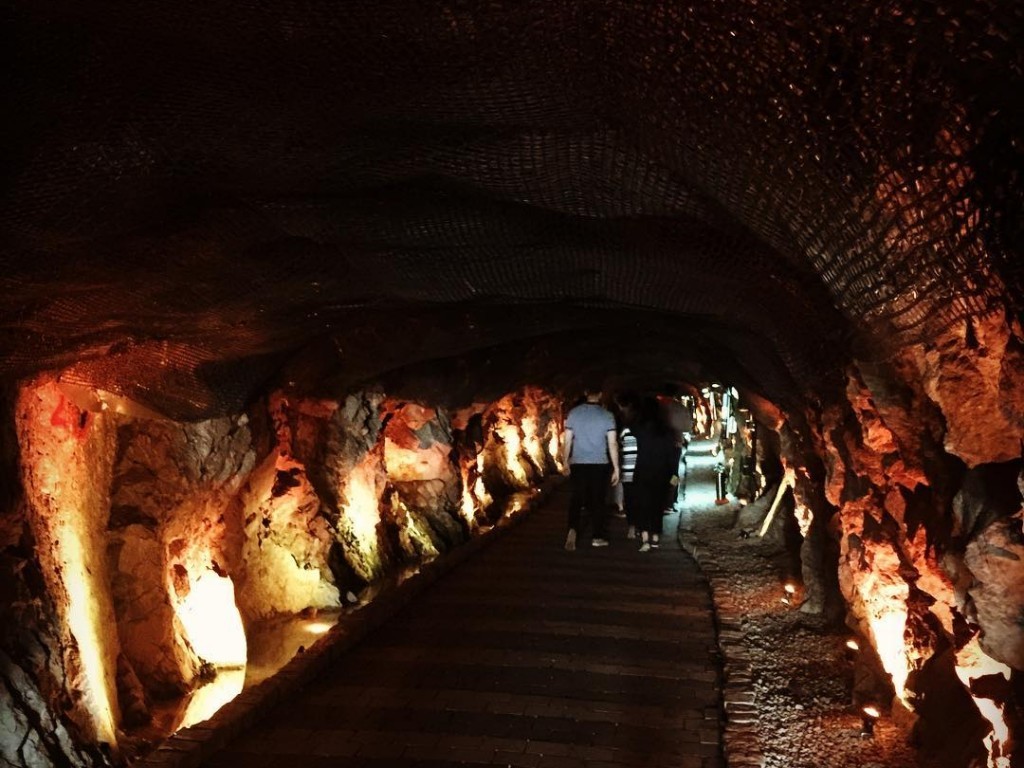 Gwangmyeong Cave, an abandoned mine spanning 7.9 km in length and reaching 275 m in depth, is different from other caves due to its unique location in the center of the metropolitan area of Seoul, thus becoming a top natural attraction for visitors not only from surrounding suburbs, but from Seoul as well.

Although it went through a huge makeover in 2011 to reopen with added safety structures, it was originally established in the early 20th century when Korea was under Japanese colonial rule. The cave was founded for industrial mining mainly to excavate gold used for war supplies. Despite its long, heartbreaking history, it has now successfully been turned into a living museum, exhibiting exotic and mysterious geological materials. The cave became particularly popular after an episode of the TV show Running Man was filmed in its tunnels. 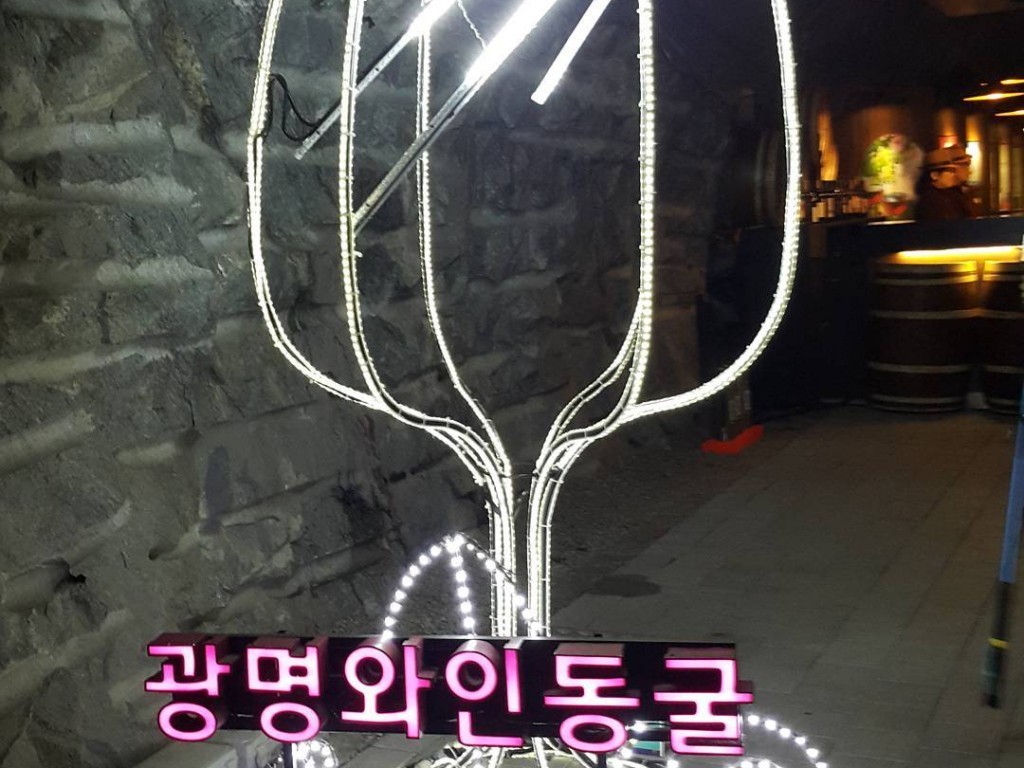 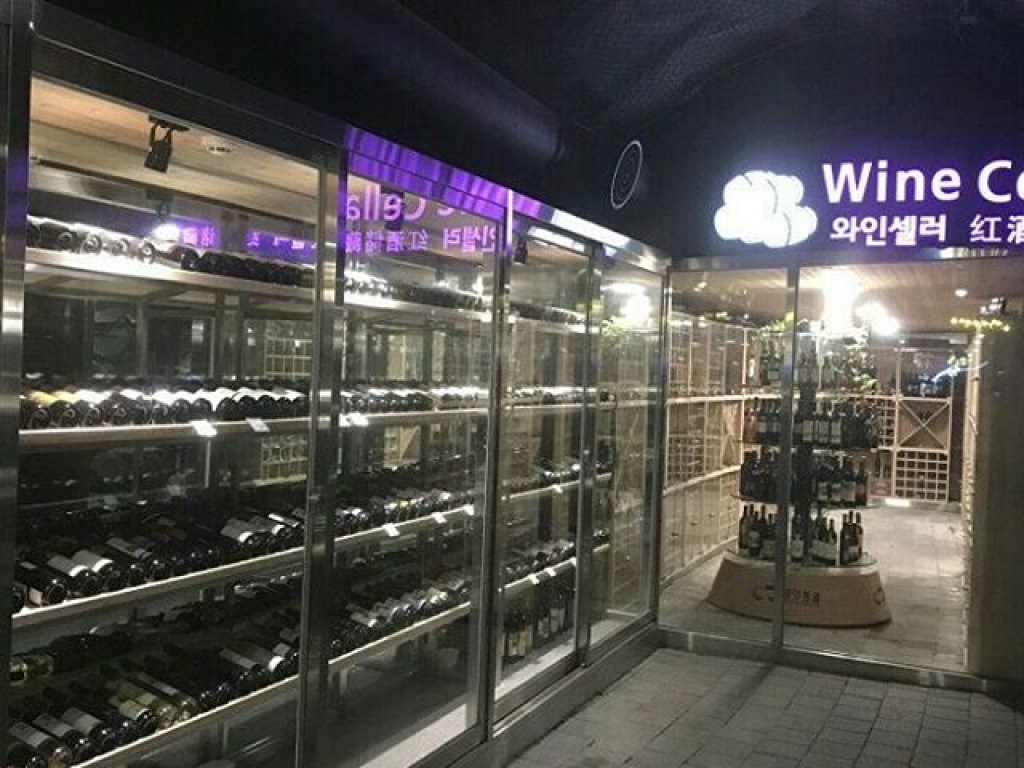 The cave will offer you more than just a mere history lesson. It offers visitors a unique opportunity to partake in wine tasting, with 151 different varieties of quality wine across 21 different Korean vineyards! Once you’re done tasting, you can even purchase the wine you liked to take home after your journey through Gwangmyeong Cave. 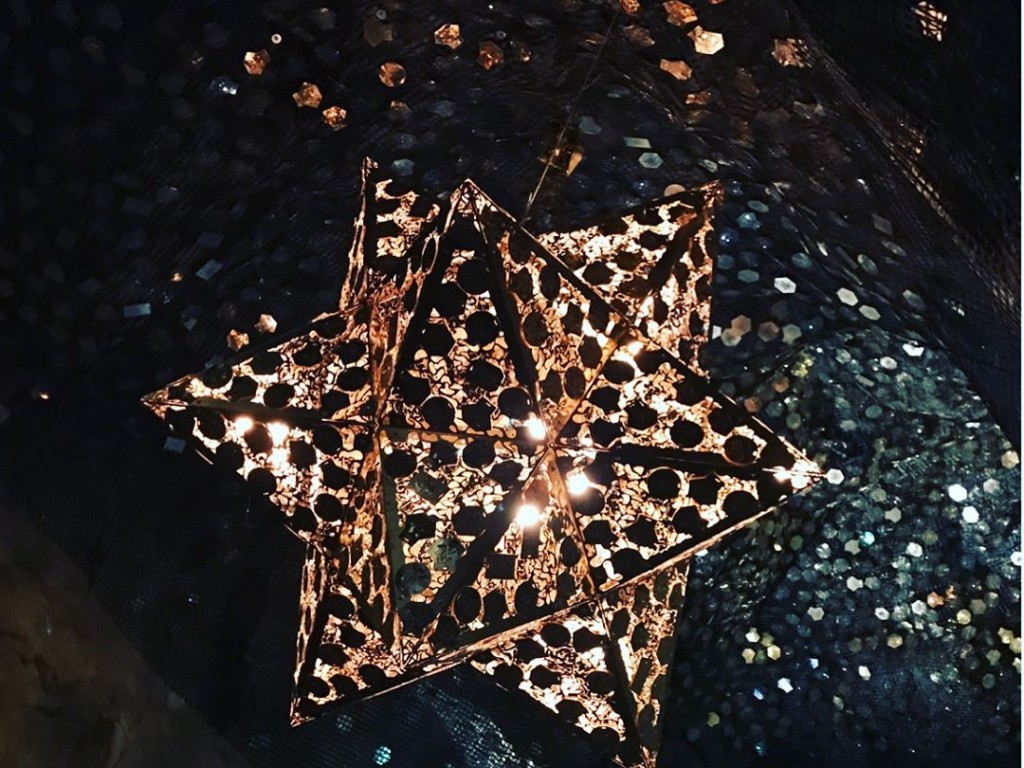 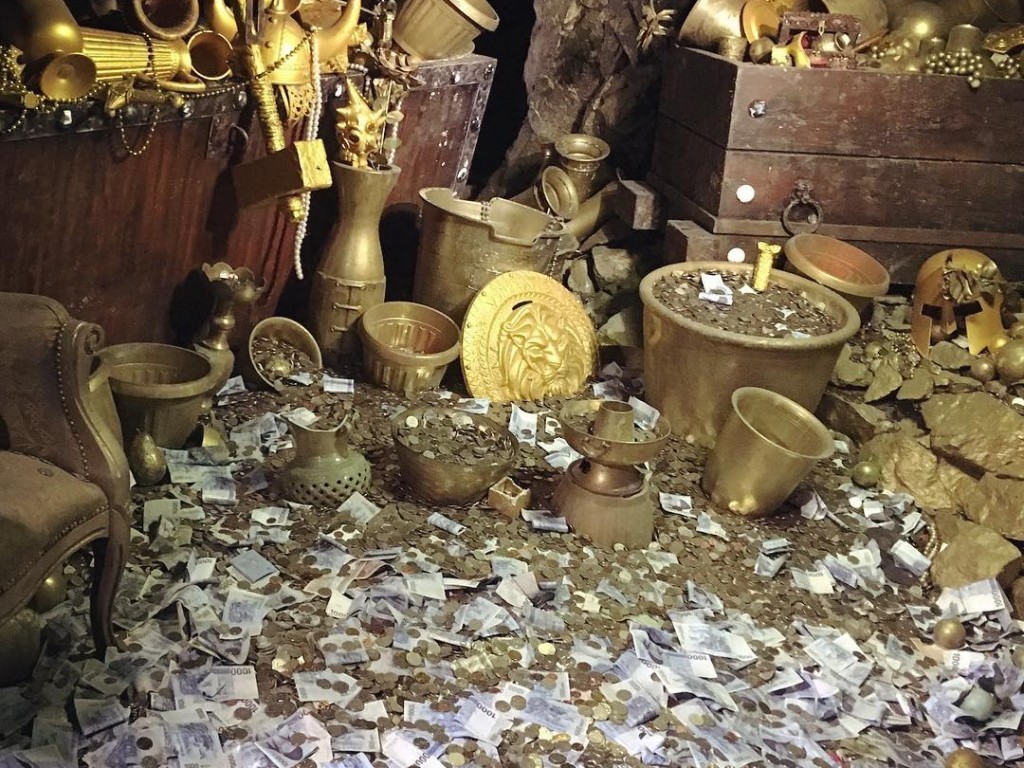 Most parts of the cave have been kept intact since the mine was shut down at the end of the Korean War, and there are many geological features and thematic areas set up in the cave, such as the Golden Waterfall, the Golden Path and the Golden Palace.

The main highlight of these exclusive items spread throughout the tunnels is the golden statue of Aisha. Ancient legend has it that if you touch the pieces of gold coins sitting in her hand, you will be granted a prosperous and happy future. Therefore, there is usually a line of visitors in front of the statue hoping to see if the legend is true.
☞ Address: 142 Gahak-ro 85beon-gil, Gwangmyeong-si, Gyeonggi-do
☞ Directions: From KTX Gwangmyeong Station, Exit 6 and take a taxi for about 10-min.
☞ Hours: Weekdays 09:00-18:00 / Weekends 09:00-21:00 (Note: Operating hours subject to changes)
※ Last admission is 1 hour before closing time. Closed on Mondays, day of Seollal (Lunar New Year) and Chuseok (Korean Thanksgiving Day).
☞ Admissions: Adults 4,000 won / Teenagers 2,500 won / Children 1,500 won
※ Admissions to wine cave included. Separate fees for other hands-on programs applicable.
☞ Website: tour.gm.go.kr (English, Japanese, Chinese)
\

TIP> Gwangmyeong Cave’s one and only shuttle bus, called the Elephant Train
This bright yellow tour bus is equipped with 23 seats for passengers, and shuttles visitors from 9:30 am to 5:00 pm. However, please note that on special period (June 4-July 3), the bus service is extended to 7:30 pm. If you are planning to start a journey from Soha-dong in Gwangmyeong, make sure to check out this cool bus! Fare is fixed at 2,000 won for adults and 1,000 won for students and children. Operation ceases during the rainy season and winter. 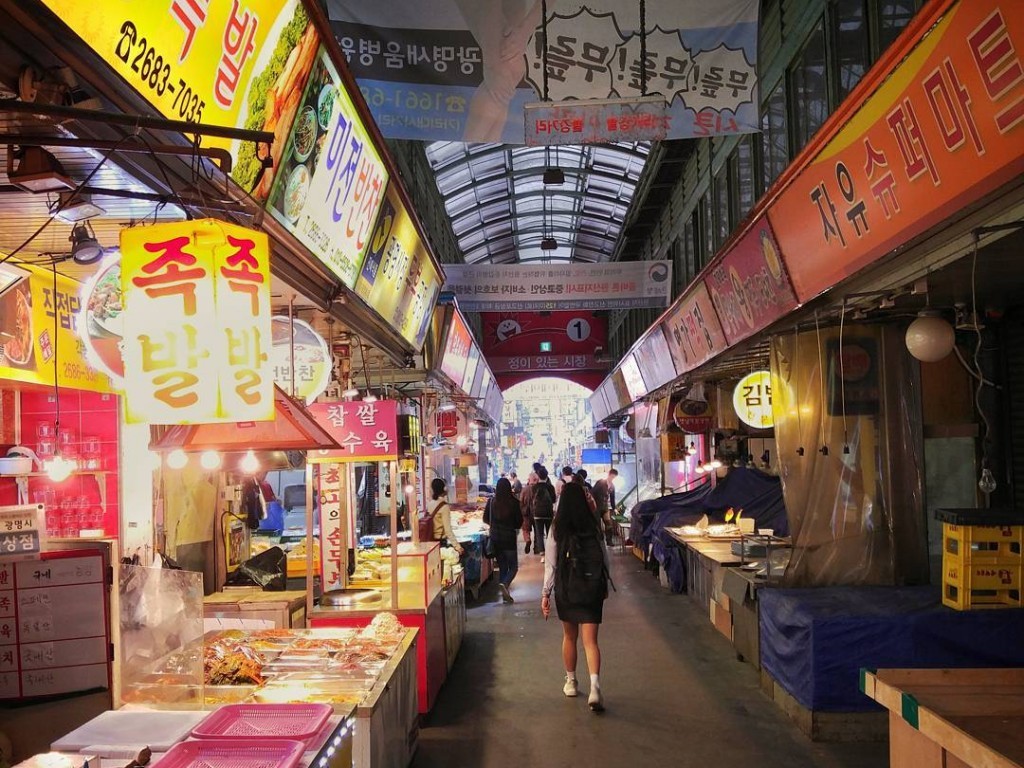 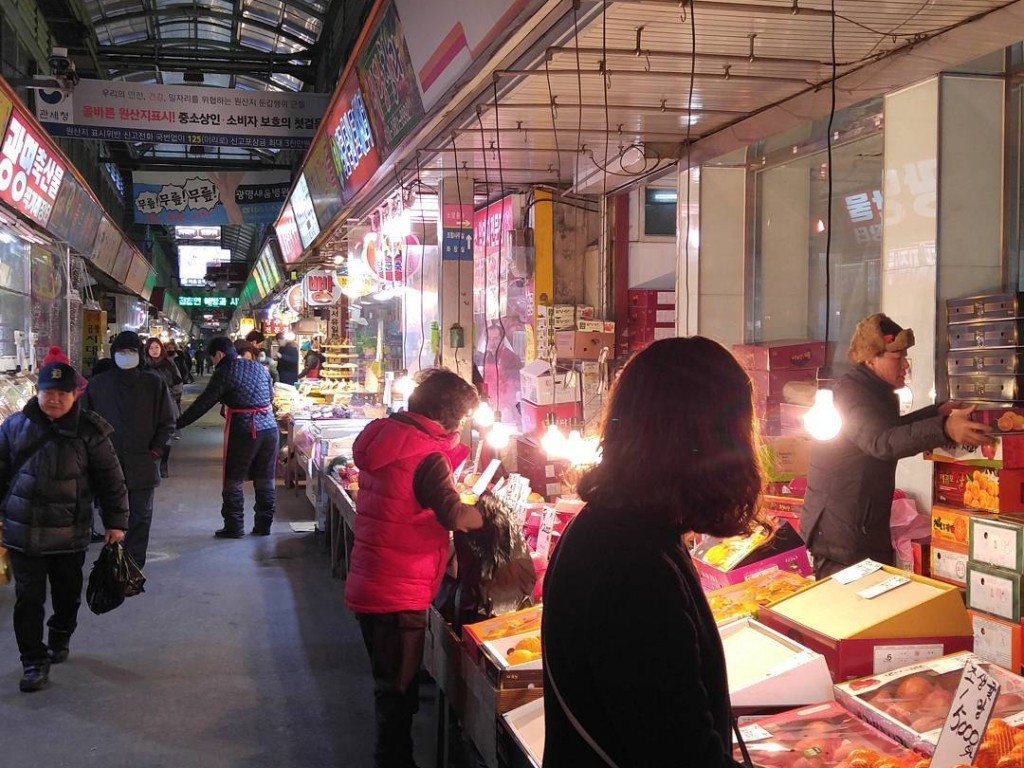 Listed as the 7th largest traditional market in Korea, the Gwangmyeong Traditional Markethouses over 400 stores and vendors selling products like specialty tteok (Korean rice cake), clothing shops, fruit, vegetables, and other commodities. Also, delicious and affordable street food is always available for visitors to indulge in. These foods, which represent the true local flavors of the area, include jeon (Korean pancake), dakgangjeong (sweet and sour chicken), and various hot noodle soups.

Shoppers to this market often come here to fill up their appetites before and after a city tour, and other times to take shelter from sudden rain showers. The roof of the market is in the shape of a dome, which adds an interesting modern feature, contrasting to the overall mood of its traditional atmosphere.
☞ Address: Vicinity of 18-20 Gwangmyeong-ro 928beon-gil, Gwangmyeong-si, Gyeonggi-do
☞ Directions: Gwangmyeong Sageori Station (Seoul Subway Line 7), Exit 10 and walk for about 5-min. 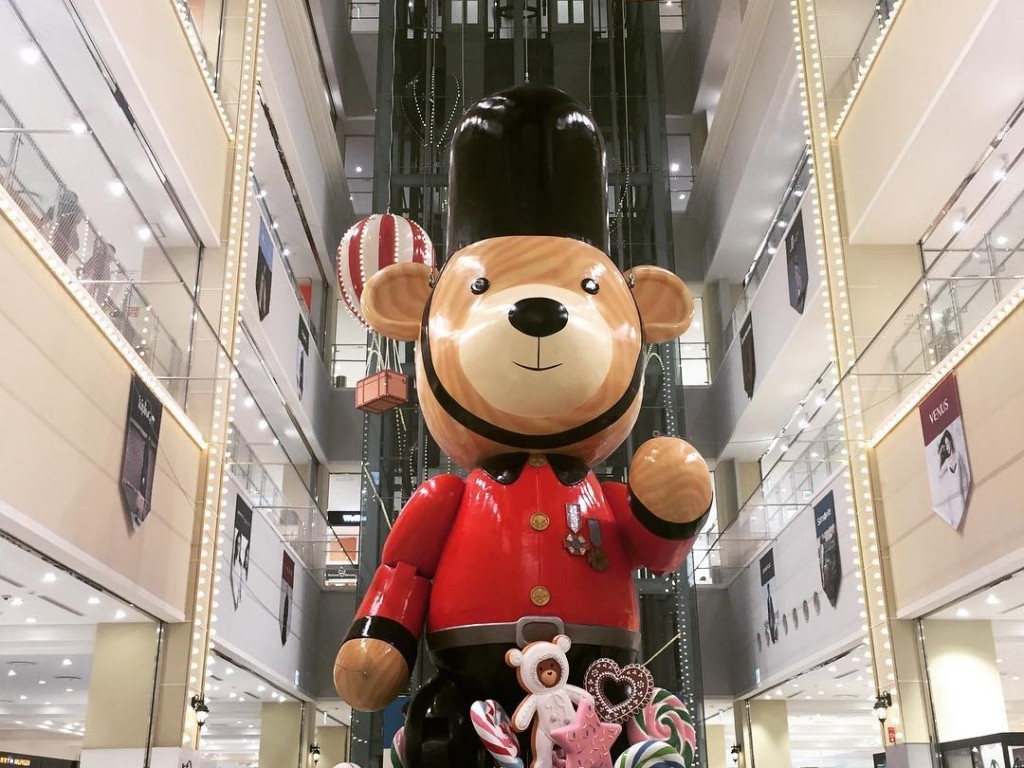 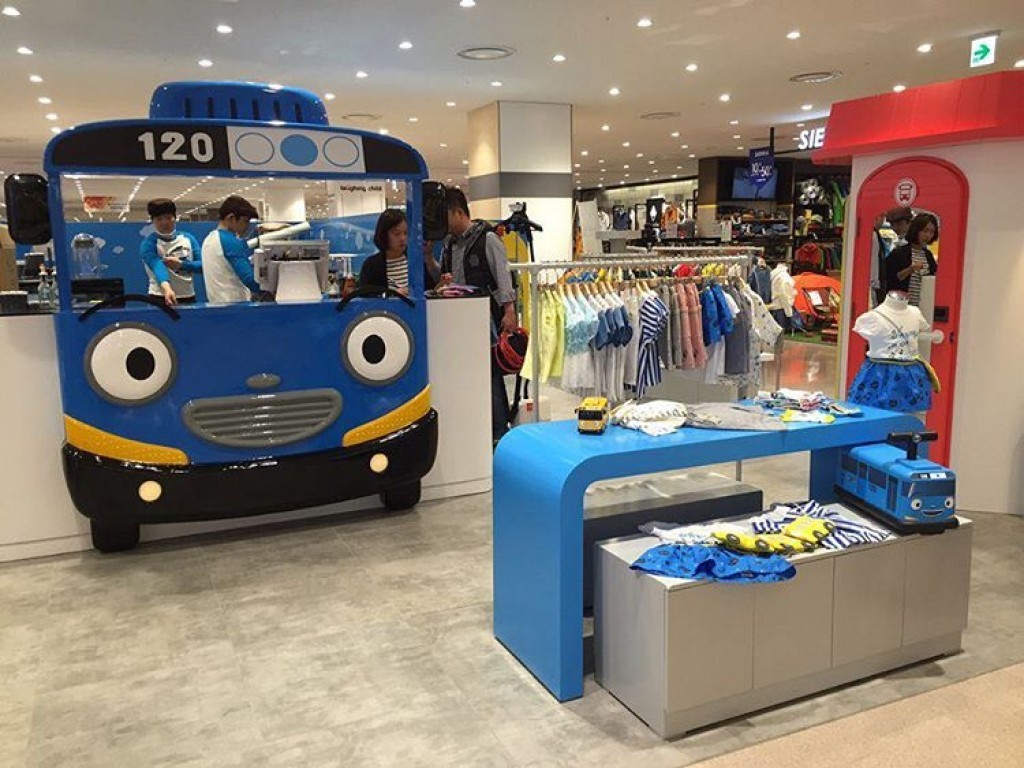