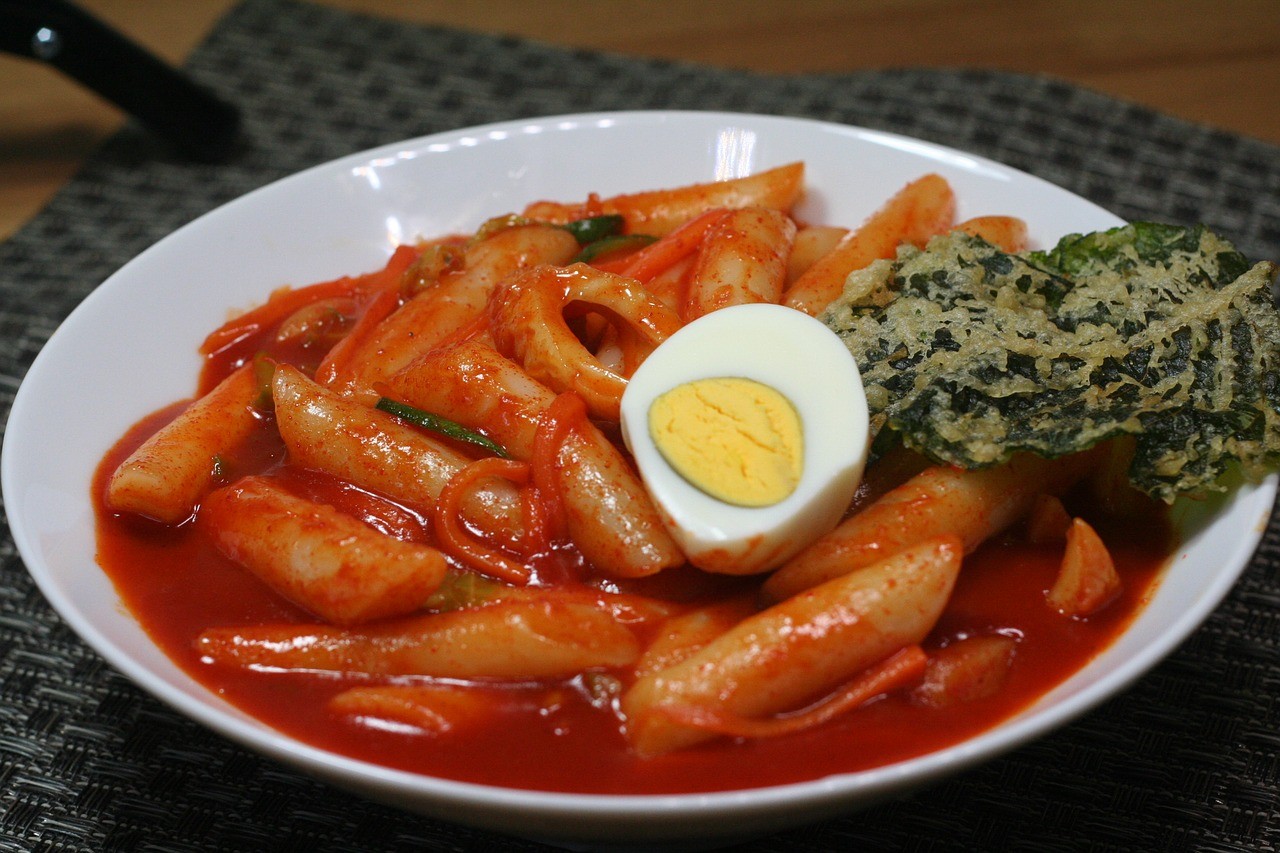 
Tteok-bokki (stir-fried rice cake) is so popular it is considered one of Korea’s national snacks. Though considered a snack, it’s tasty and filling enough to be eaten as a meal. Tteok-bokki originated during the Joseon Dynasty and though the dish has undergone some changes throughout the ages, its popularity has endured. Learn about some of Seoul’s best tteok-bokki restaurants, offering tteok-bokki served in various and unique ways. Try tteok-bokki that’s been stir-fried, topped with a deep-fried squid, or some extra-long rice cake tteok-bokki. Warm up against the November chill with some spicy food! 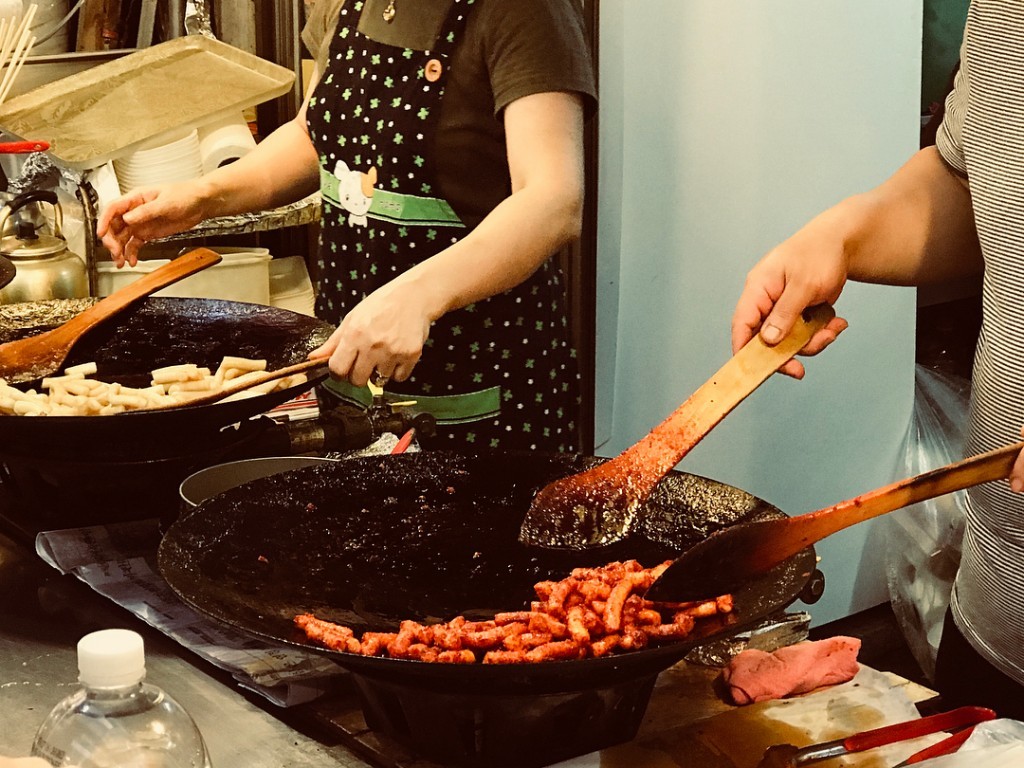 Tteok-Bokki Prepared in Oil and Seasonings

Tongin Market’s Dosirak Café is also famous. Visitors to the café can exchange 5,000 won for 10 tokens. Tokens can then be used to buy food from market stalls in order to fill up the dosirak (lunchbox). Exchange tokens for food and sample a wide array of Korean food. Purchase gireum tteok-bokki and eat it as part of your dosirak. There’s nowhere else in Seoul where you can have a full, tasty lunch for just 5,000 won. 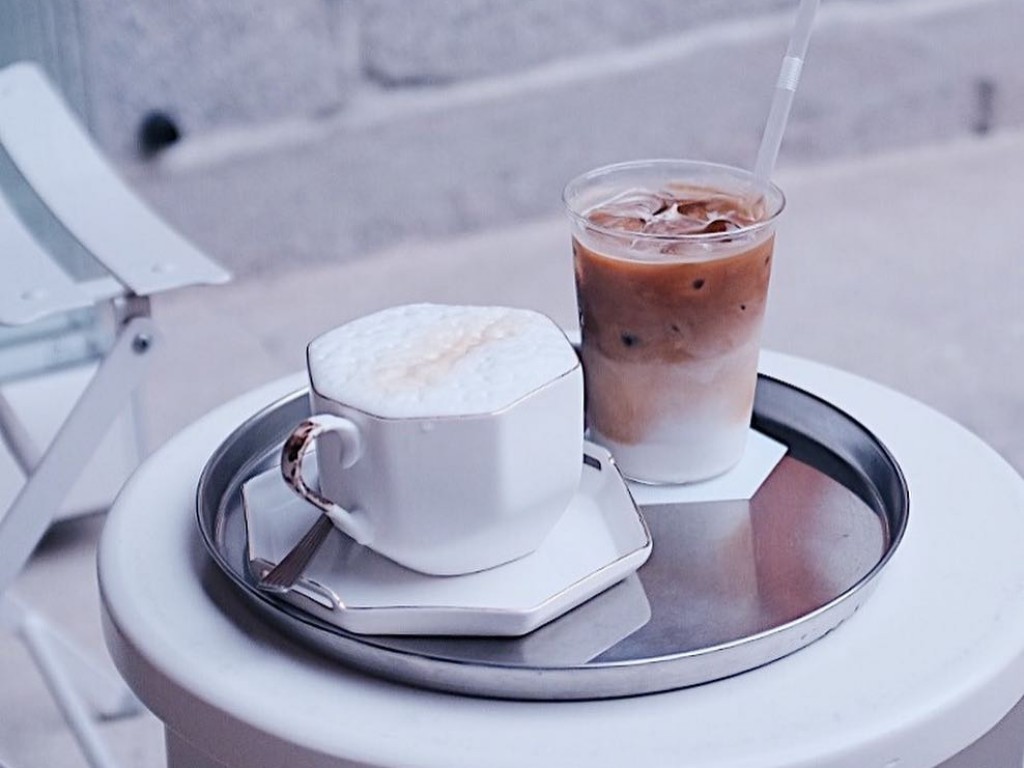 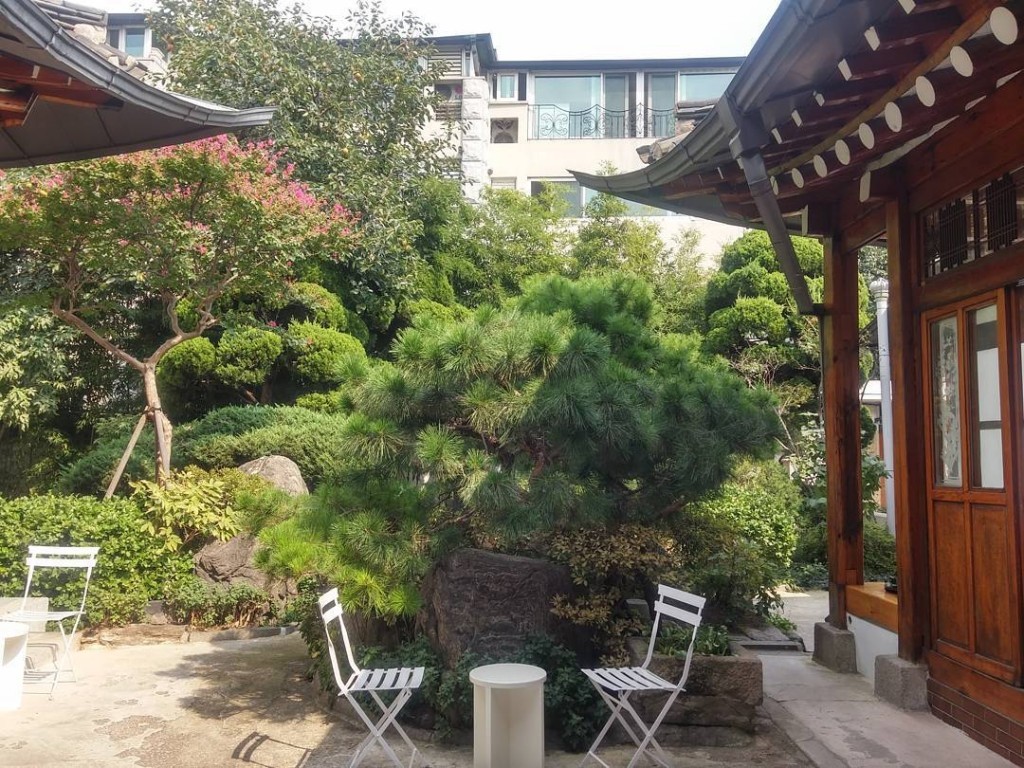 Enjoying Desserts at Seochon (Sejong Village)
The streets of Seochon are filled with an array of cafés. Try traditional French desserts at astarte&relax! Bear Café is located in a beautiful hanok, but it's not just a hanok-café, but a publisher as well. Their most popular magazine may be Kinfolk. Tongin Sweet is renowned for their egg tarts. The tarts are made with antibiotic-free eggs and vitamin-fortified milk.

A World of Desserts in Seochon 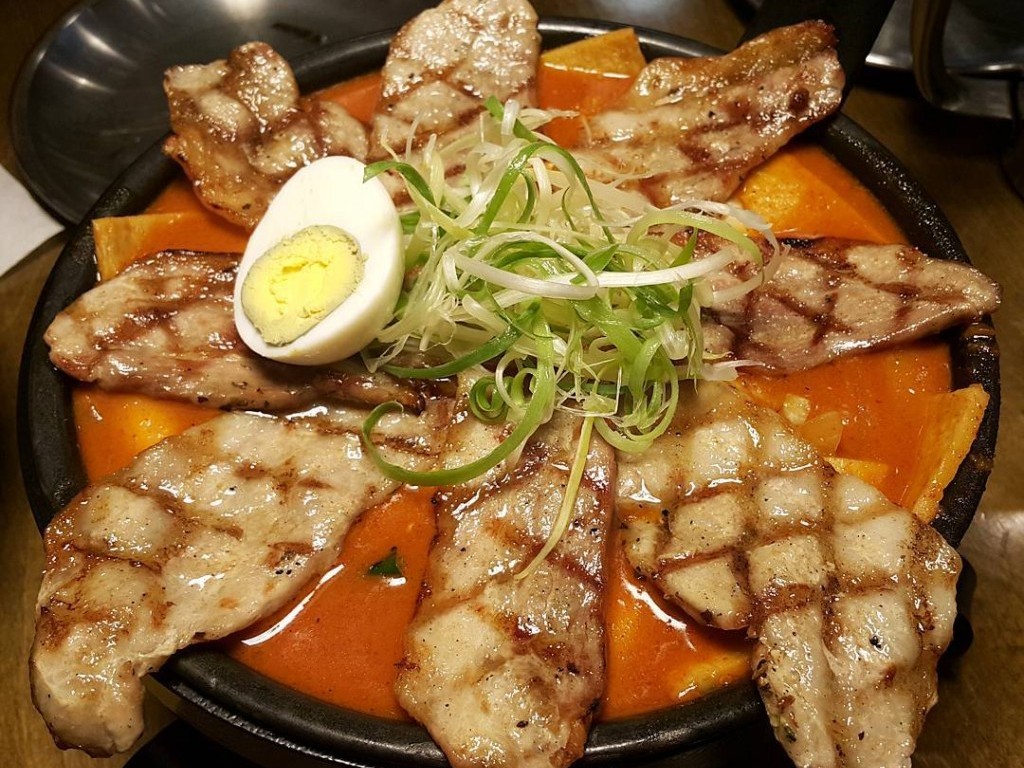 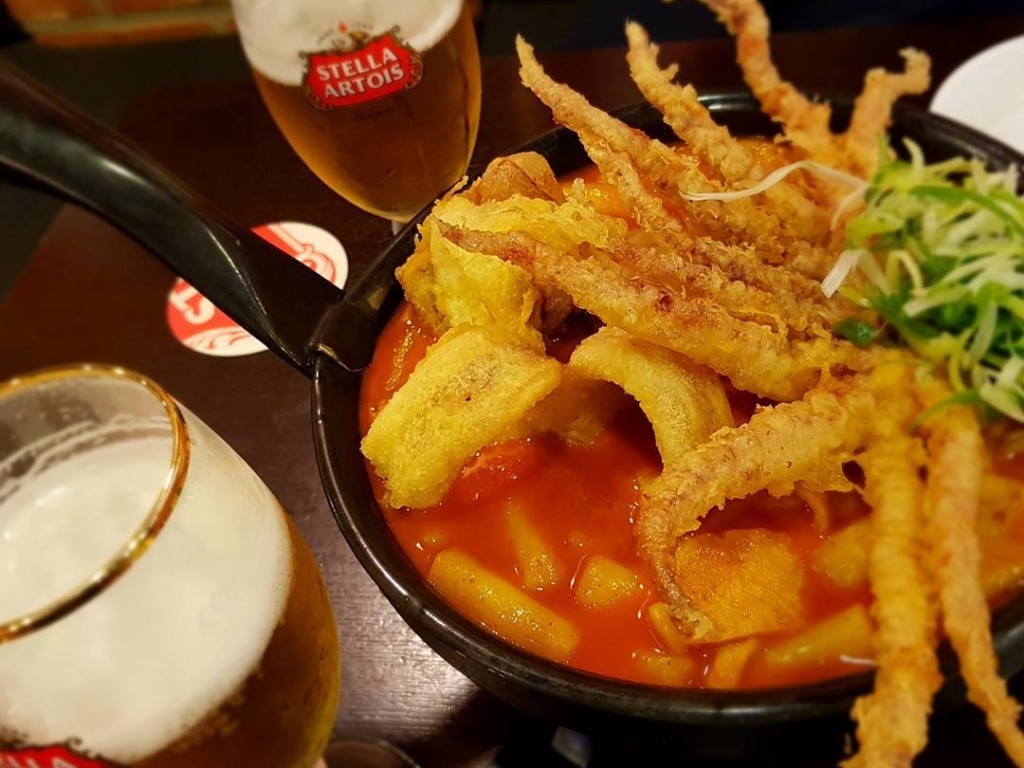 Uncles serves flame-cooked tteok-bokki with amazing toppings. Uncles’ best known topping may be their whole-squid bloom; it’s made by frying an entire squid. There are plenty of different toppings to enjoy, from pork belly, to buffalo wings, and fried shrimp. The buffalo wings topping is said to be most popular with Chinese tourists. There is an Uncles restaurant in most major tourist areas of Seoul, such as Insa-dong, Hongik University, Daehak-ro, and Sinchon. There are more locations throughout Seoul, as well as in Taiwan and China. At Uncles, diners can choose the spiciness level of their tteok-bokki. Diners who don’t handle spicy food well may want to start at level 0. 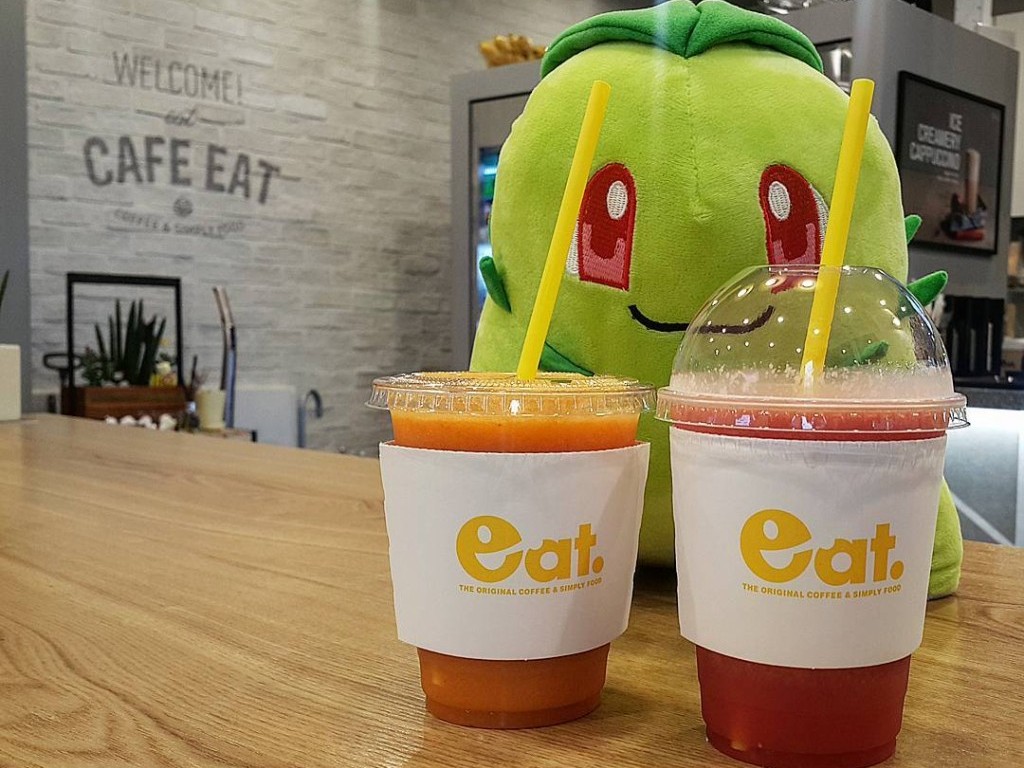 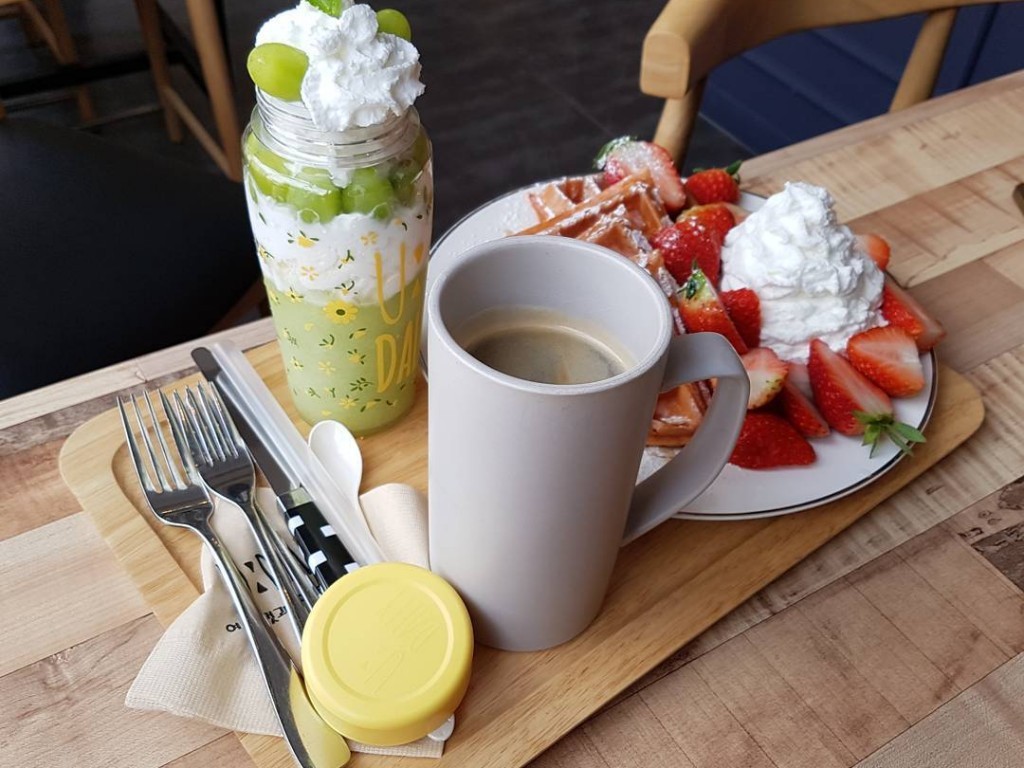 Many of Seoul’s major tourist attractions are located in Jamsil. Lotte World, the 2nd Lotte Tower, and the Olympic Stadium are the most famous of Jamsil’s attractions. The café by the Soma Museum (the Olympic Stadium’s art museum) sells tasty and healthy juices and sandwiches. There is a café street near Seokchon Lake and the cafés there offer international desserts and ambience in spades.

Sweets and Treats in Jamsil 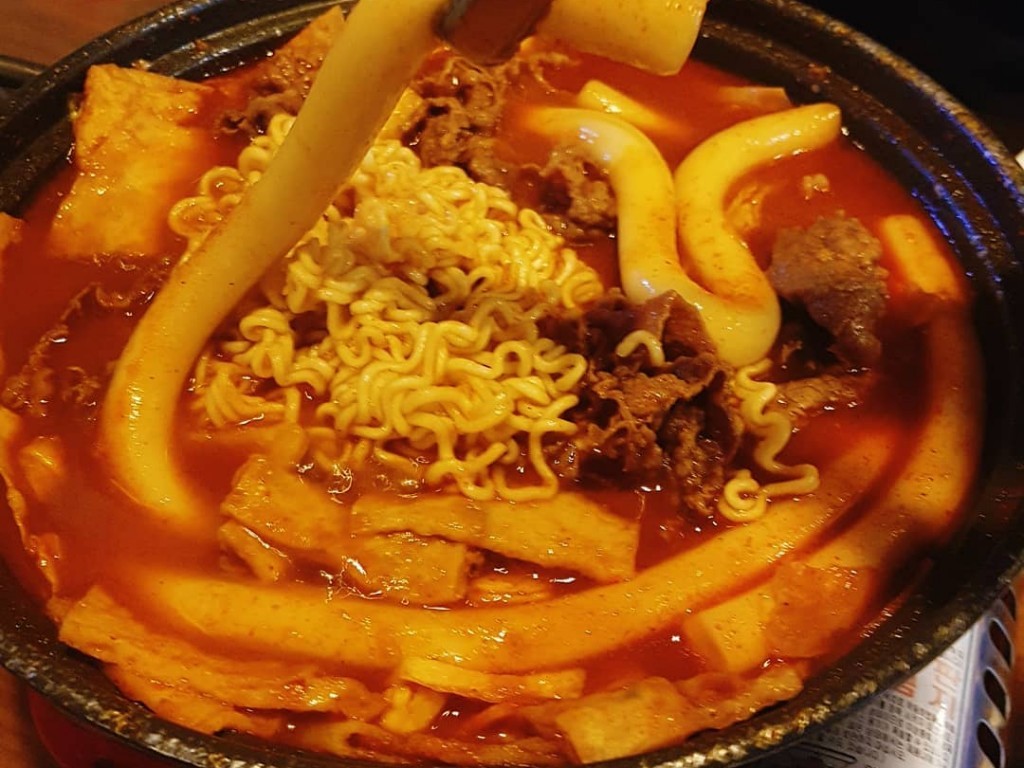 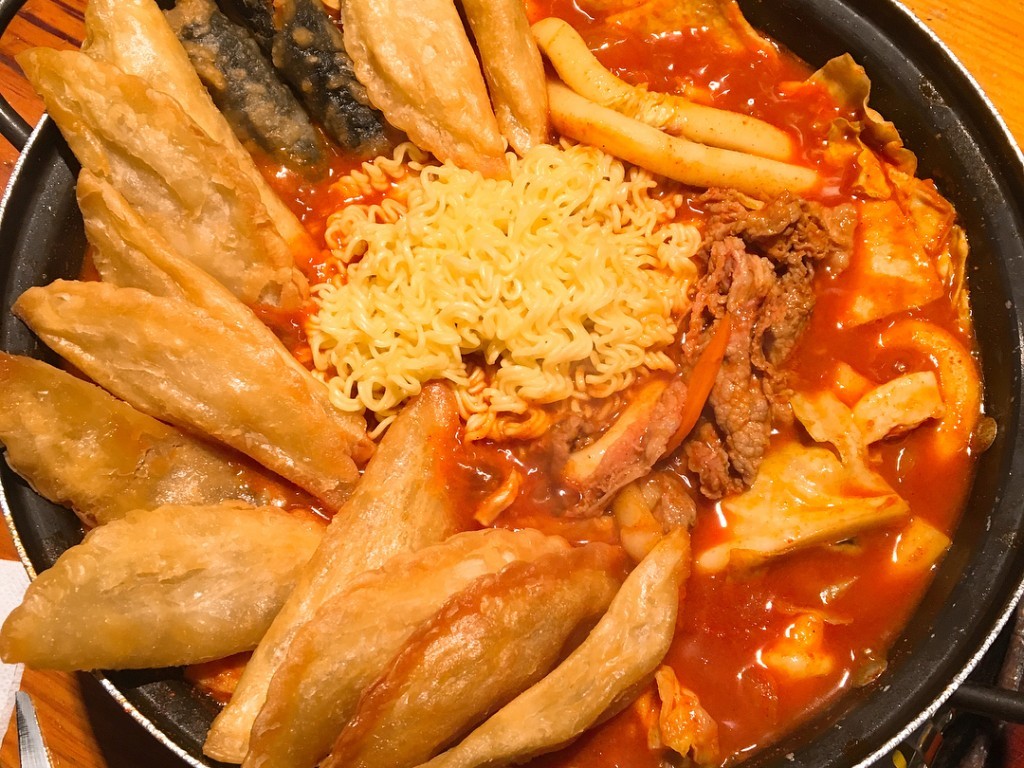 A unique feature of Mobum Tteok-bokki’s tteok-bokki dishes is the extra-long rice cakes. The rice cakes are 30cm and can be cut in smaller lengths before eating. Mobum’s chadolbagi tteok-bokki is extremely popular, and the meat gives the tteok-bokki sauce a deeper flavor. Chadolbagi tteok-bokki has even been featured on popular TV programs in Korea. Orders are placed via an automatic ticketing machine, so diners look through the menu and pay at the same time. There is a menu available for foreign tourists, so it’s easy to order at Mobum even if you don’t know Korean. Restaurant employees are available to assist any diners having trouble placing an order, so don’t hesitate to ask. Lockers are conveniently placed within the restaurant so that diners can store their coats and bags to eat their meals unencumbered.

The atmosphere at Mobum is relaxed, with music always on in the background and soft lighting. Stop by in the evening for a dinner of tteok-bokki and beer, a great combination. The chadolbagi tteok-bokki and squid tteok-bokki are both 12,000 won each (portions for 2). You can also try the mixed tteok-bokki, which comes with both chadolbagi and squid, for 24,000 won (portions for 3 to 4 people). If there is leftover sauce after finishing all of the rice cakes, you can order bokkeumbap (fried rice) and a restaurant employee will stir-fry the rice at your table with the leftover sauce. Add a sprinkling of cheese on top for the full Korean experience. Mobum’s main locations are in Sinchon, Seolleung, and Gil-dong but there are more locations throughout Seoul. 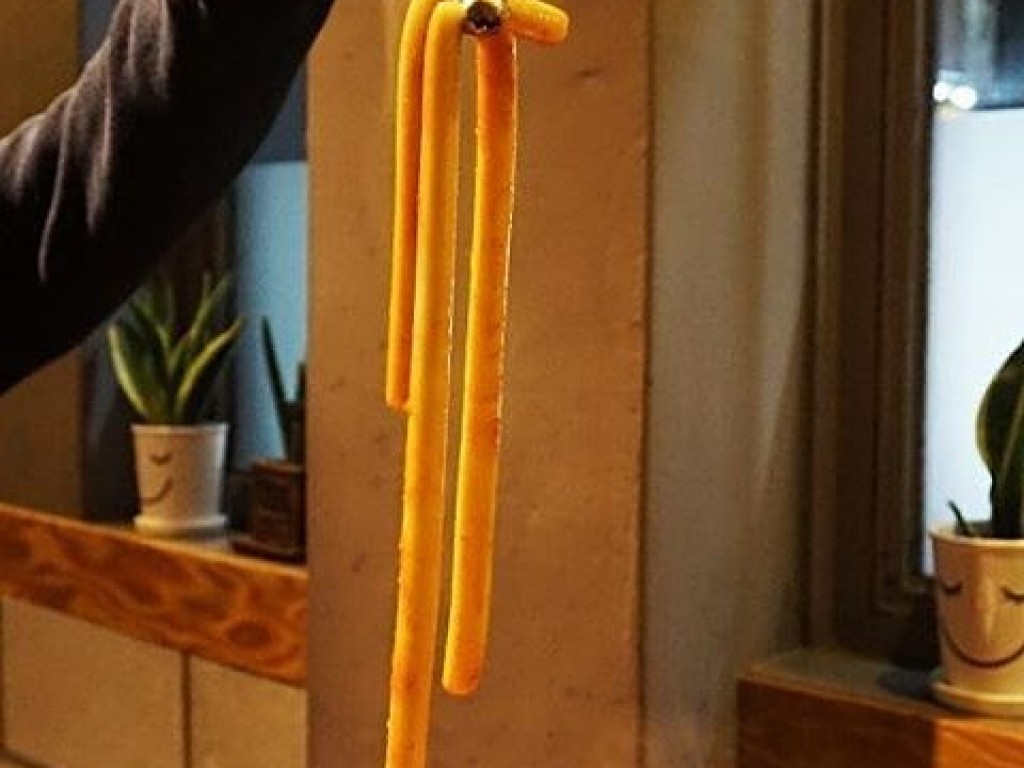 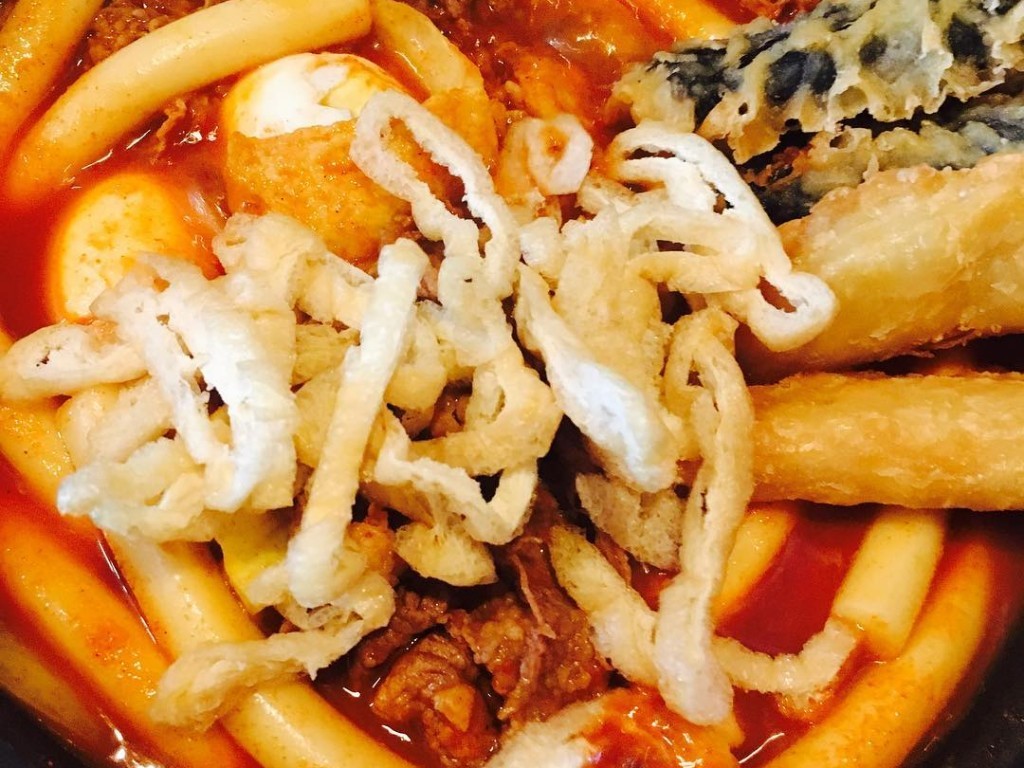 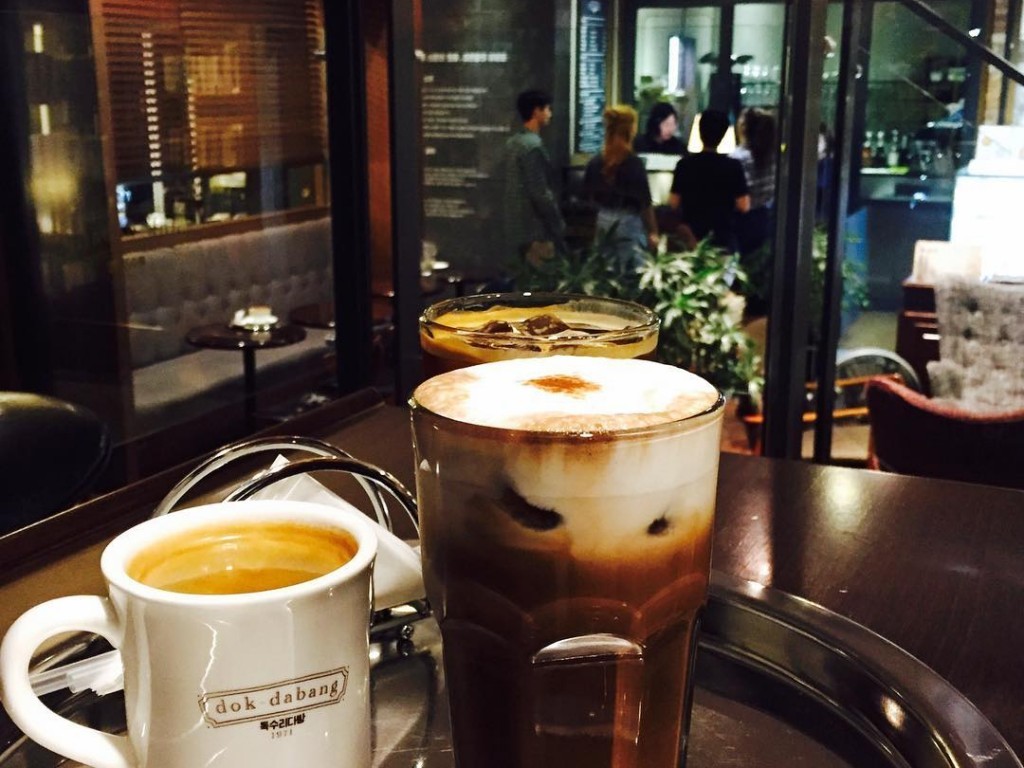 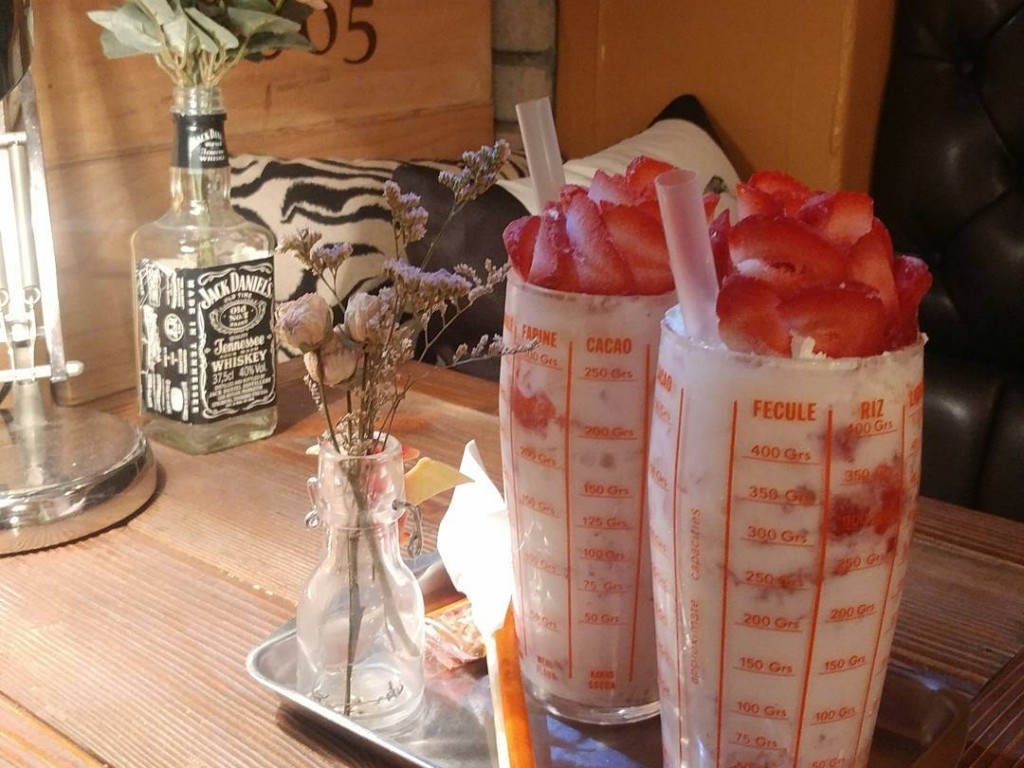 Cafés Full of Youthful Energy in Sinchon
Sinchon is home to the famed Yonsei University, and as a result Sinchon has a large number of great cafés. Stop by Dok-Dabang, the oldest café in Sinchon, or take a break at Minerva, known for its relaxed atmosphere. Sinchon's A to Z is the place to be for strawberry lattes lovers.