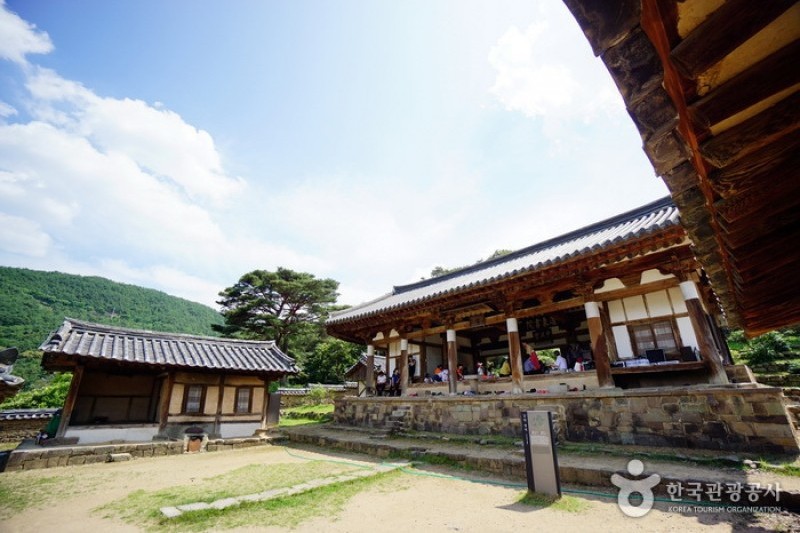 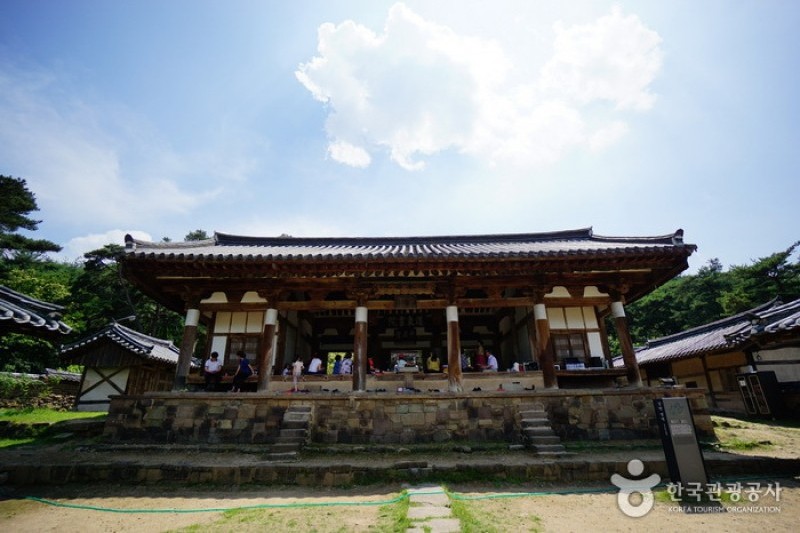 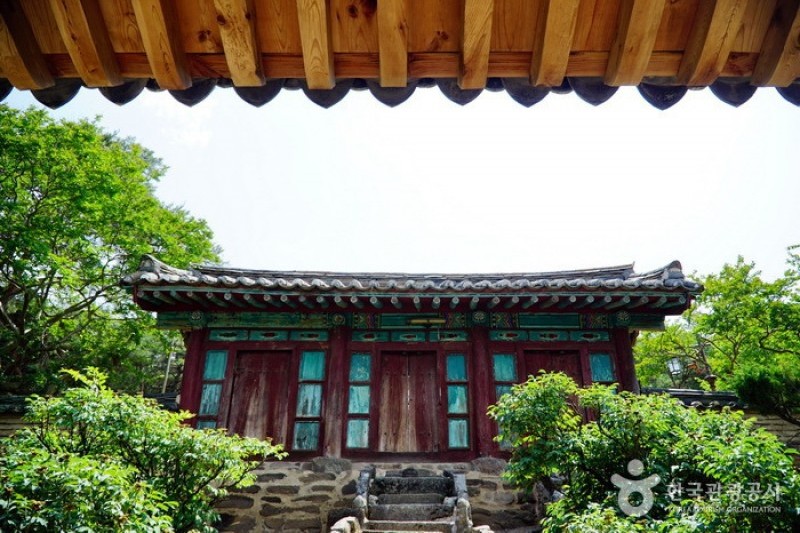 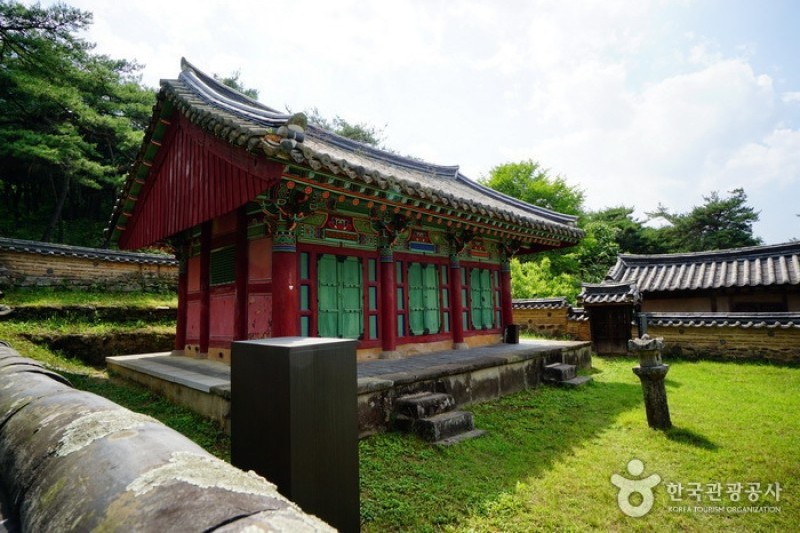 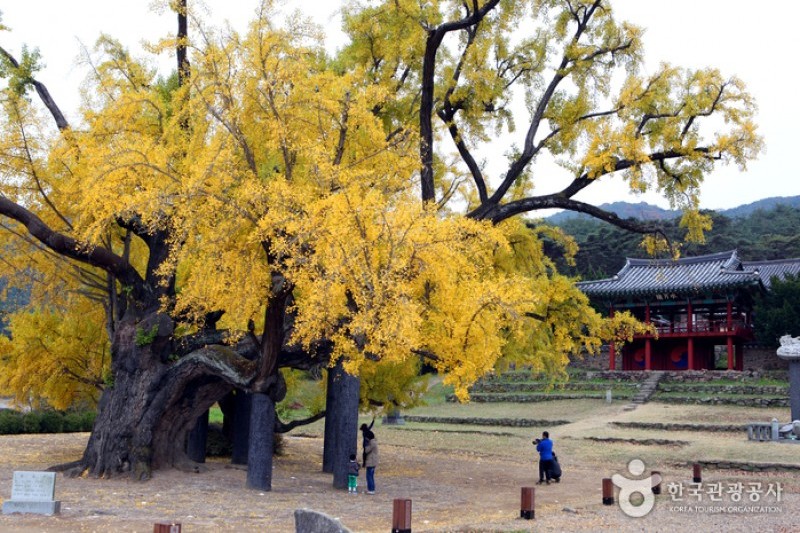 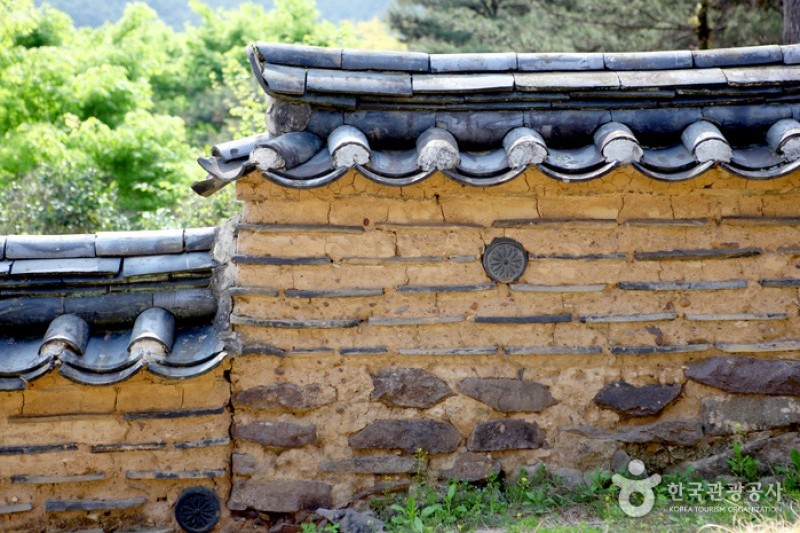 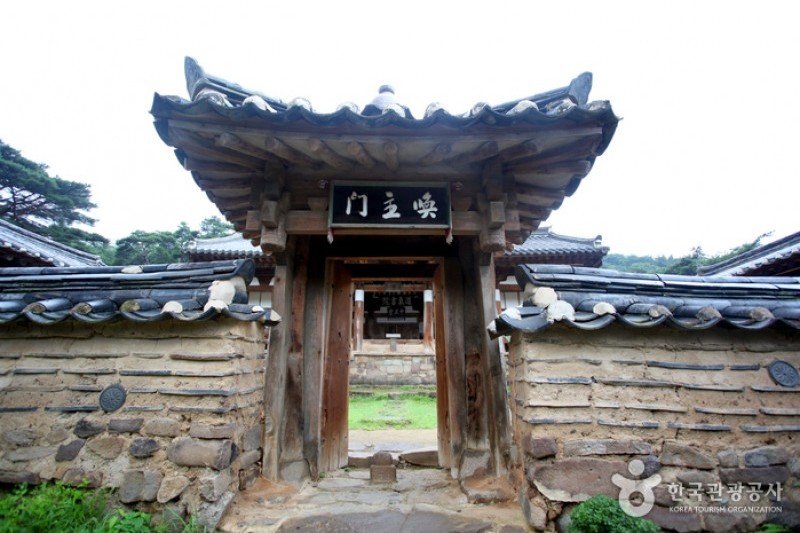 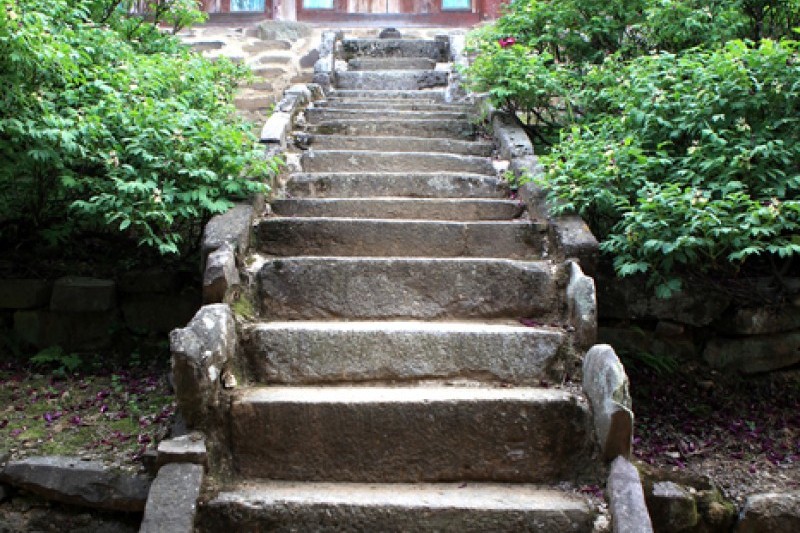 The school was first established by Confucian scholars in 1568 at the eastern base of Biseulsan Mt., but was burnt down during the Japanese Invasion in 1592. In 1605, the school was reconstructed on its current site and was re-named ‘Borodong.’ In 1607, the name was changed to ‘Dongdo.’ ‘Dongdo’ means that the teachings (Do) of Sung Confucianism come from the East (Dong).

Dongdoseowongandangsadangbujangwon, National Treasure No. 350, is part of the school and was designated Cultural Site No. 488 on Oct. 10th 2007. This unusually long name refers to the classroom, shrine, and walls of the Confuncian Academy in Dongdo.

Must-see features of the school are the earthen wall, a hall named ‘Jungjeongdang,’ the Suwollu Pavilion and the 400-year-old ginkgo trees. The earthen wall has beautiful patterns in the shape of birds engraved in it and is the only earthen wall in the nation to be designated a national treasure.

If you continue past the ginkgo trees outside you’ll see the Suwollu Pavilion. The picturesque view from the pavilion is breath-taking.

At Jungjeongdang, there is a sculpture with four dragon heads, each holding either cintamani (a bead) or a fish in its mouth. This sculpture, which is called 'Samuljam,' symbolizes the teaching of Confucius telling us not to speak, act, or even listen if it’s not done in the right way.

Dongdoseowon Confucian Academy contains the ancestral tablets of Kim Geong-pil and Hangang Jeong Gu. The school holds ancestral ceremonies on the day of Jungjeong every February and August.