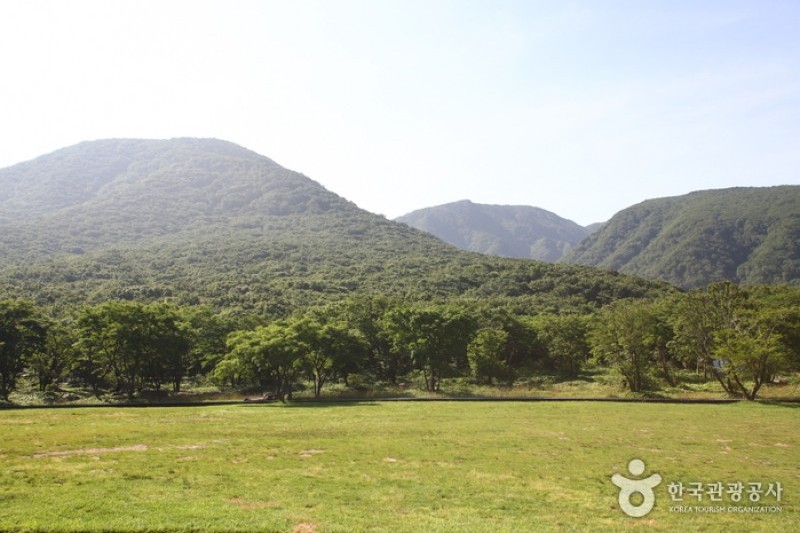 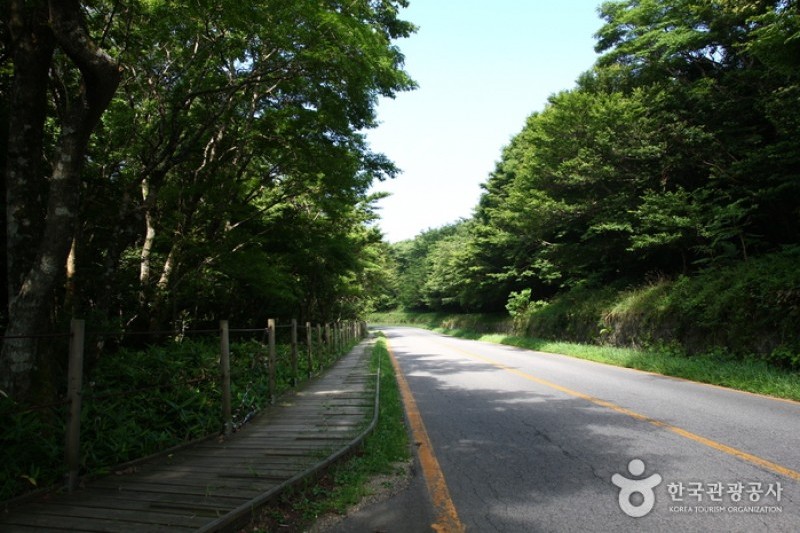 Situated on the southern tip of the Korean Peninsula, Hallasan is 1,950m in x_height and is the highest mountain in South Korea. Formed from volcanic activity, the mountain is a dormant volcano made mostly of basalt. Home to the magnificent Baekrokdam (lake-filled crater), the mountainside is covered with alpine flora and lush trees.

The mountain is characterized by majestic cliffs, steep slopes, interesting rock formations, and, in particular, myriads of colorful azaleas. There are over 360 small mountains (uniquely-shaped volcanic mountains called “Oreum” in Jeju dialect) surrounding Halla Mountain that offer new delights to visitors with the coming of each new season. Along with Hallasan, the oreums were officially named the Hallasan Natural Protection Area (Natural Monument No.12) in 1966.

There are six hiking trails along Hallasan. Seongpanak Trail on the east and Gwaneumsa Trail in the north go all the way up to the summit (Baekrokdam). Those looking for a less rigorous hike are advised to take the shorter trails reaching midway up the mountain. All trails are relatively short (less than 10km) and can be hiked in less than a day. Visitors are advised, however, to start early in the morning if planning on hiking up to the summit and to check official operating hours, as some trails are only open during certain hours of the day. Keep reading for information on some of the most popular trails.

* Gwaneumsa Trail (North)—Summit Trail
Gwaneumsa Trail offers hikers the best view of Hallasan’s deep valleys and stunning terrain. Midway along the trail is Guringul (a lava cave) and Tamna Valley. Tamna Valley is especially beautiful during the fall when the leaves are changing and during the winter when the entire area lays under a dusting of snow.

* Seongpanak Trail (East)—Summit Trail
This relatively long, gently sloping trail is perfect for beginners. Lush broadleaf trees give shade from the beating sun and in spring the azaleas bloom and turn the mountainside into a dazzling array of color.

* Eorimok Trail (Northwest)
This short trail is another relatively easy trail for beginners. In spring, the nearby meadows are adorned with red royal azaleas. From the stone pathway to Mansedongsan visitors can catch a breathtaking panoramic view of the countryside and the island’s signature Oreums.

* Yeongsil Trail (Southwest)
As the shortest trail in Hallasan, this trail boasts Yeongsilgiam (a spectacular cliff with series of unusual rock formations). It is covered with azaleas and royal azaleas in spring and vibrant autumn foliage starting in October.