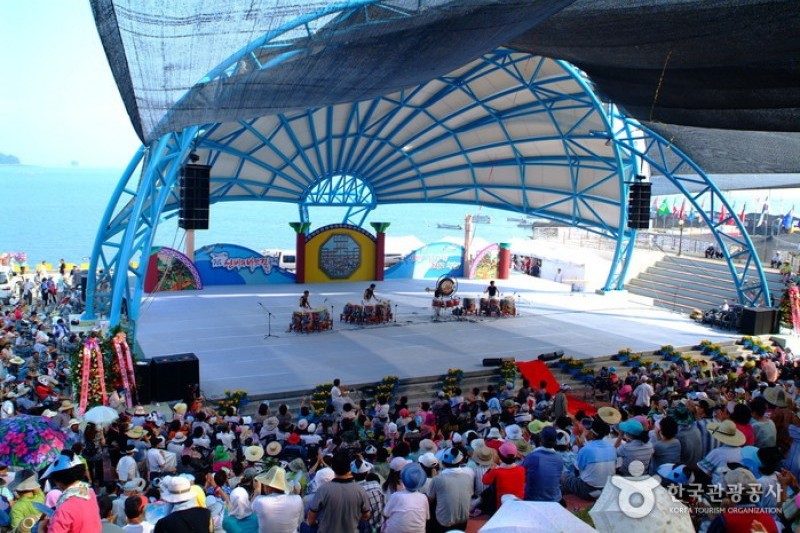 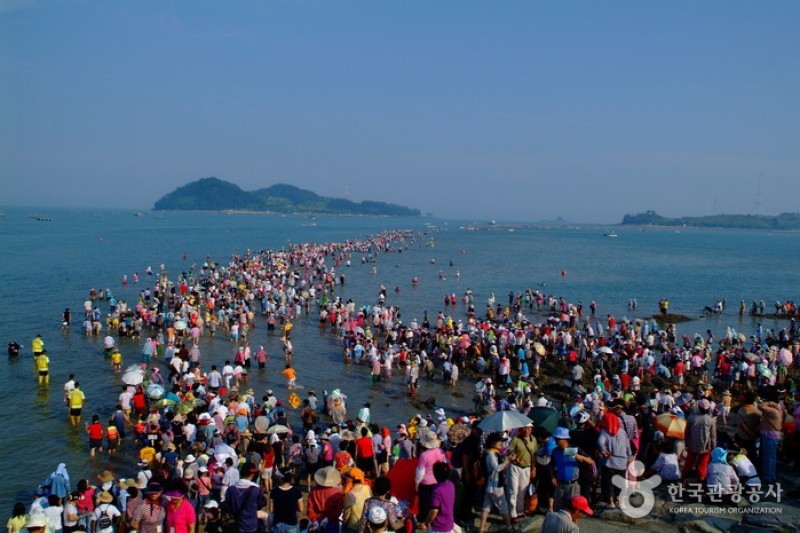 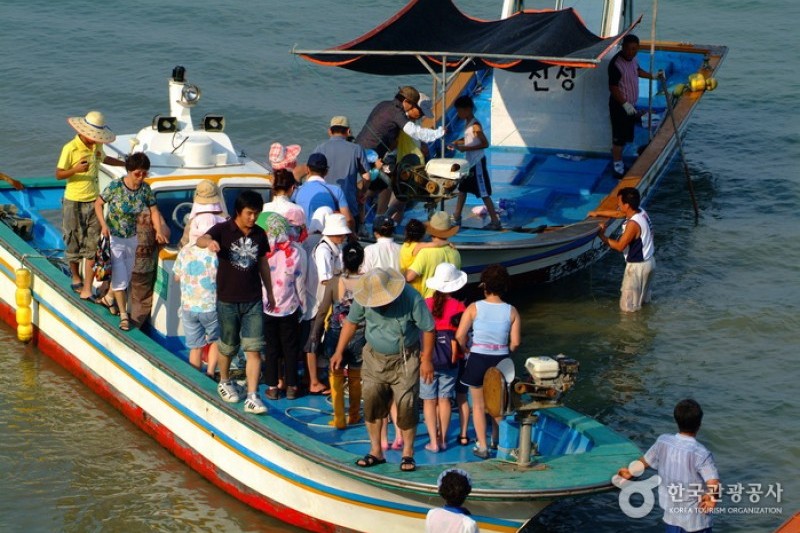 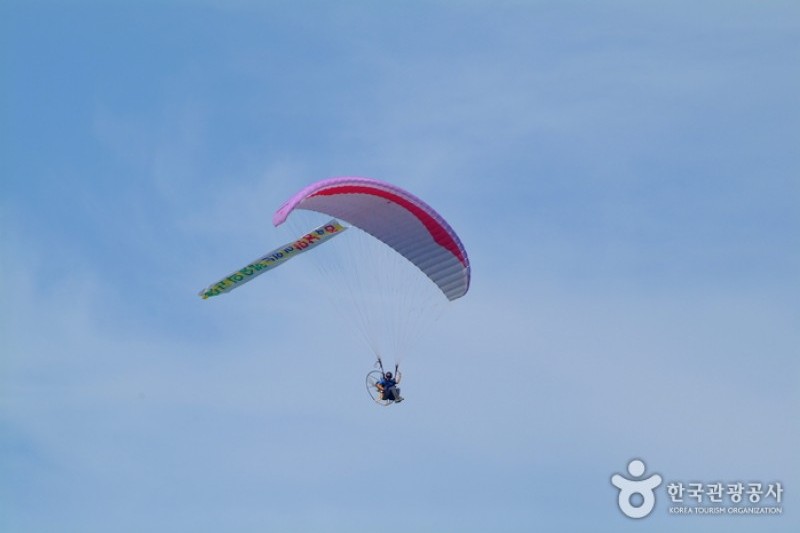 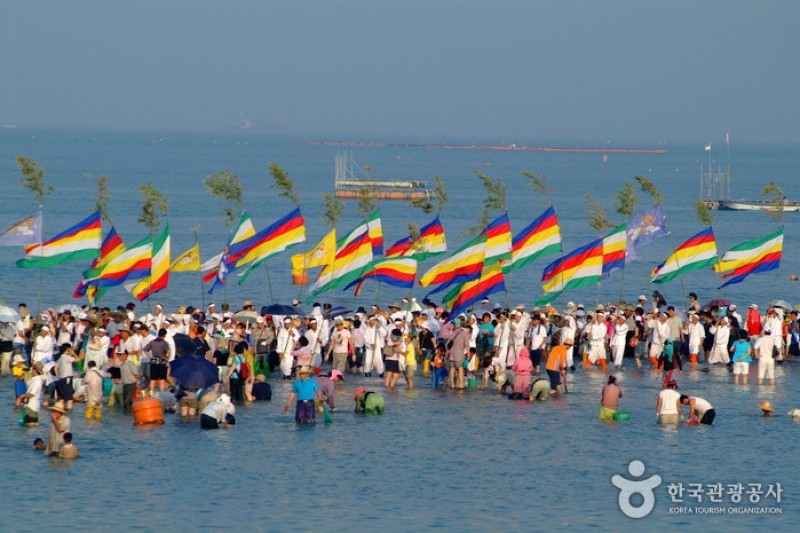 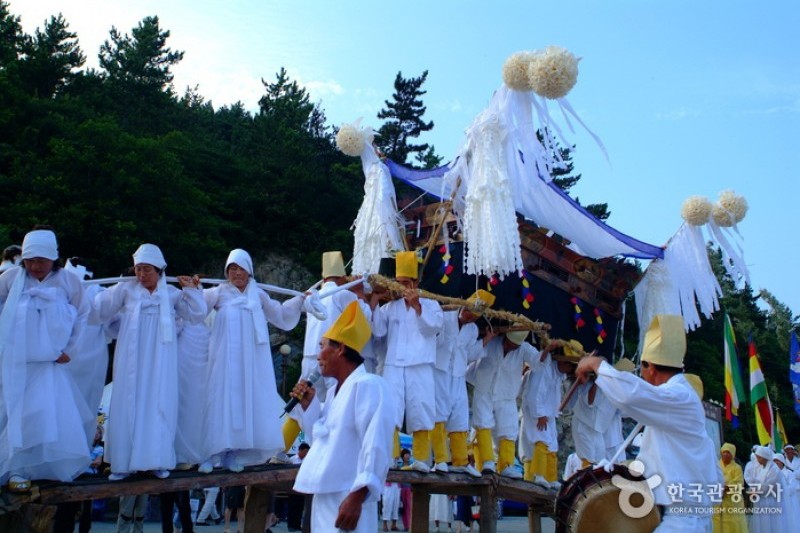 Jindo Island is the third largest island in Korea, next to Jejudo and Geojedo Island. It is made up of 250 smaller islands, and it is famous for the appearance of a dry road in the middle of the sea, near the end of February and mid June of the lunar calendar. As it resembles a passage in the Old Testament in the Book of Exodus, the event is called “The Miracle of Moses”. When the water recedes, a road about 30-40 meter wide and 2.8 km long appears, which stays for about an hour before being submerged again.

Jindo Island has some legends which are still popular today, especially that of “Old Woman Bbyong of Hoedongri”. A long time ago, there were many tigers on Jindo Island. When tigers began appearing frequently in the village, the people fled to Modo Island. In the process, only the old woman Bbyong ended up remaining on the island, so the lady prayed everyday to Yongwang, the god of the ocean, to let her see her family again. Around February, Yongwang appeared to her in her dream and said, “I will send a rainbow to the sea tomorrow; ride it and cross the ocean”. The next day old woman Bbyong went out to the sea and prayed again, and the seawater parted as the rainbow road appeared. Through this road, her family and the other villagers came back to the island. Therefore when the sea parts, the people celebrate this phenomenon by holding the Yeongdeung Festival to remember the Old Woman Bbyong. During the Festival, original folk plays of Jindo Island are performed and draws many tourists into Jindo Island.