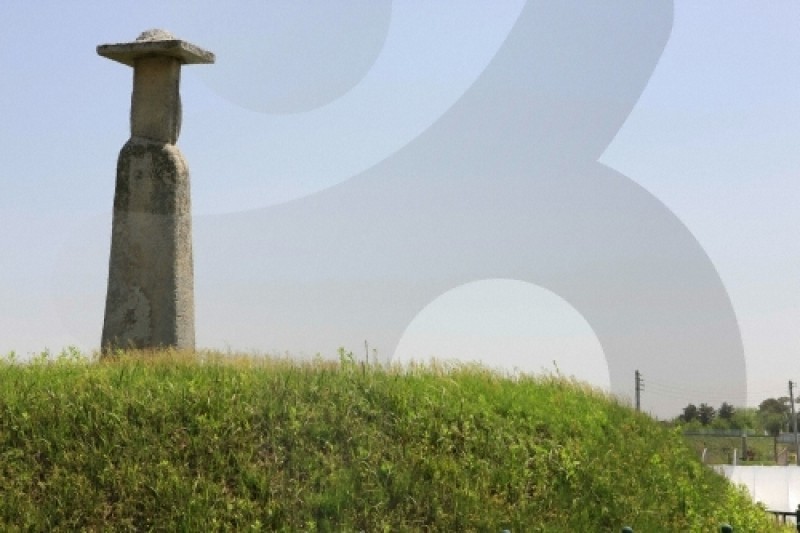 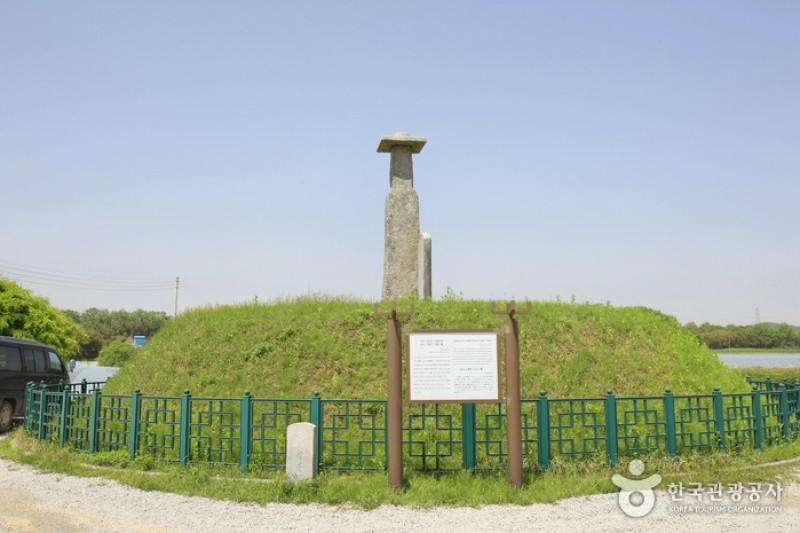 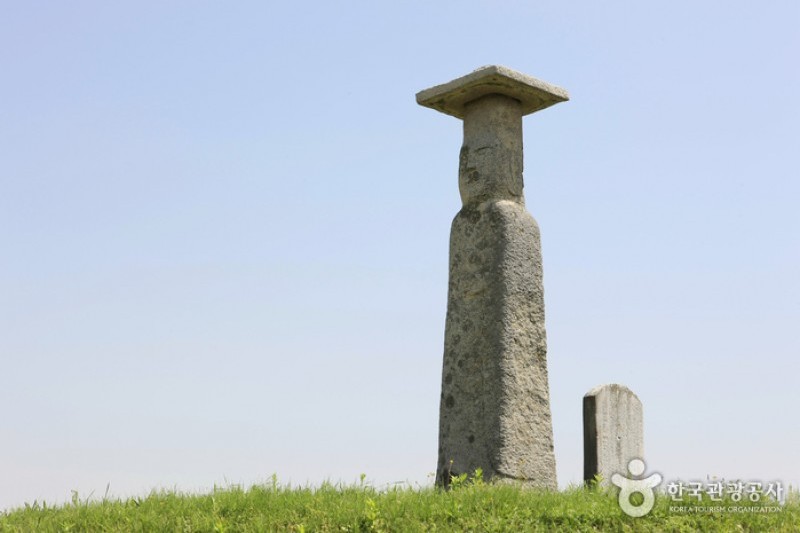 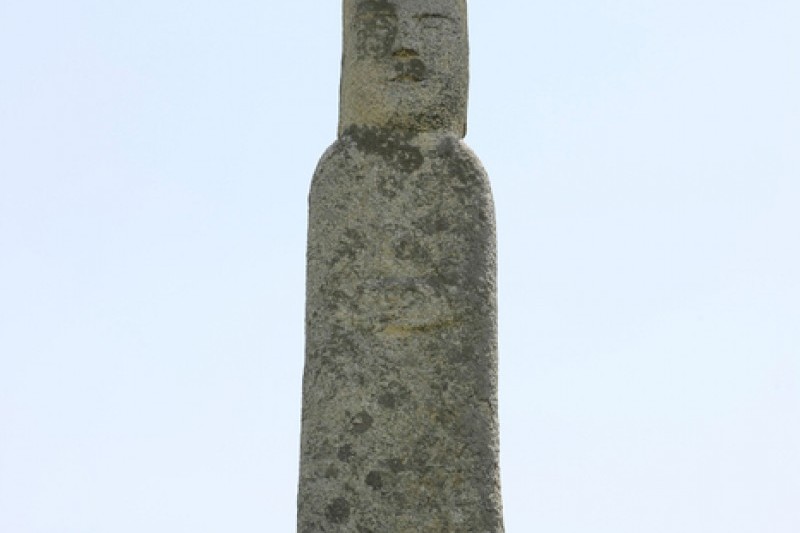 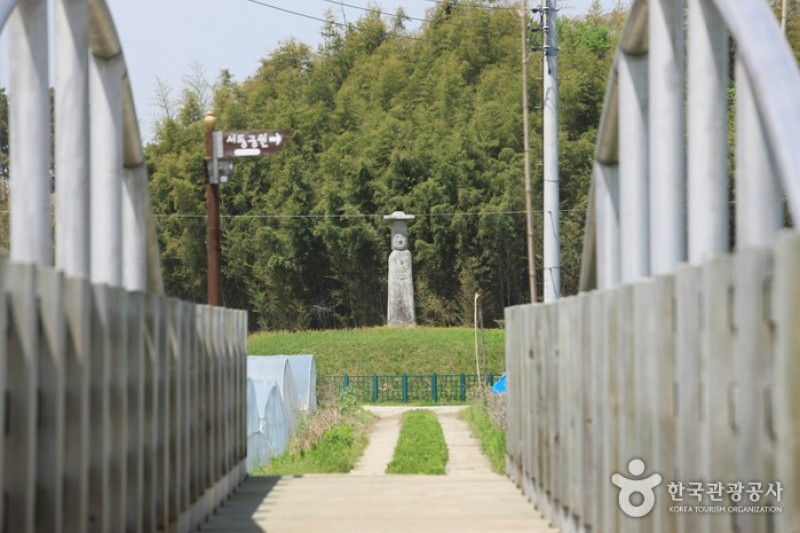 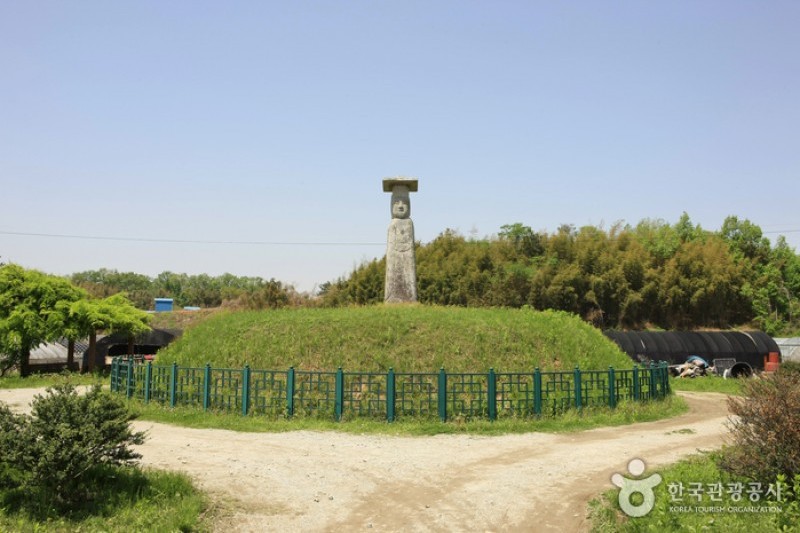 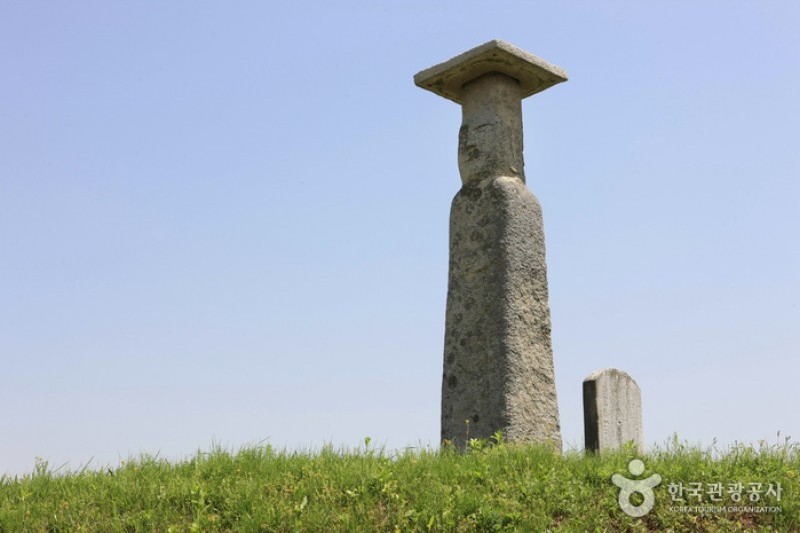 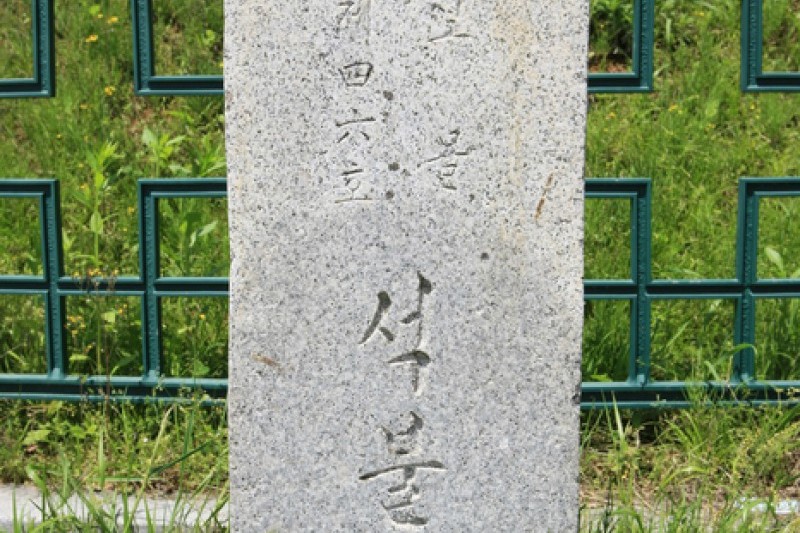 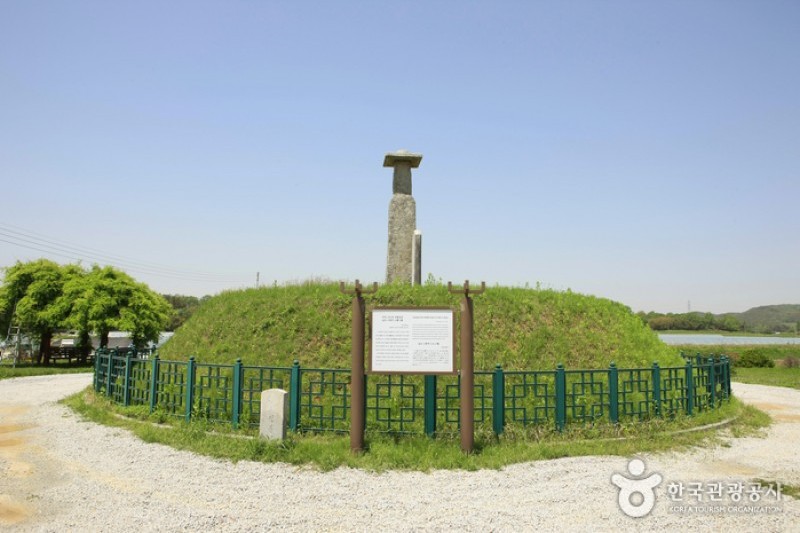 Iksan Godori Standing Stone Buddha is Treasure No. 46. The two Buddha statues (each measuring 424cm) stand face-to-face at a distance of 200 meters apart and tell the story of an eternal, but unrequited love.

According to legend, the two Buddhas (one male, one female) are lovers that can only meet for one night in the twelfth month of the lunar calendar. After the sunset on that special day the lovers are allowed to meet, but must return to their respective positions before the rooster crows at dawn.

The two statues are very representative of the Goryeo Era, which produced many stone statues with minimal expression of the physical body. True to the era, each Buddha has almost no curves and is depicted with plain clothing and barely distinguishable arms.

On their heads, the Buddhas wear a crown topped with another square hat. With their square faces, small eyes, pug noses, and small lips, the Buddas are reminiscent of guardian deities typically placed at the entrance of villages.