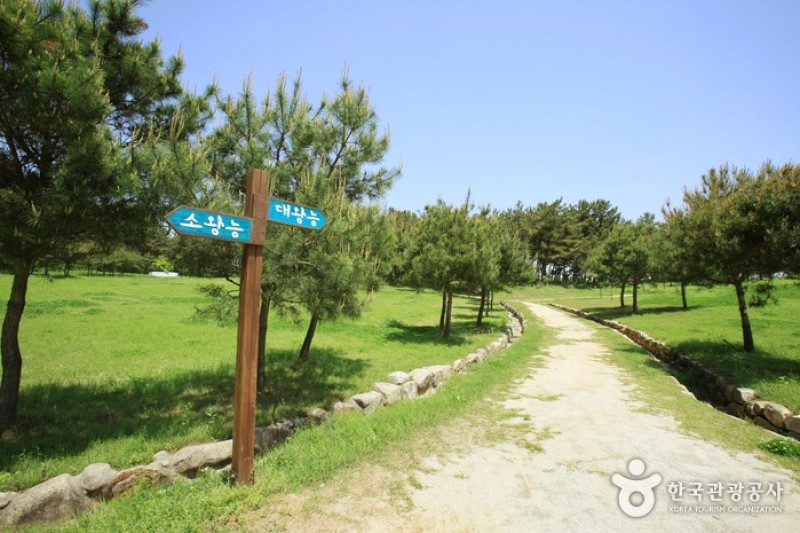 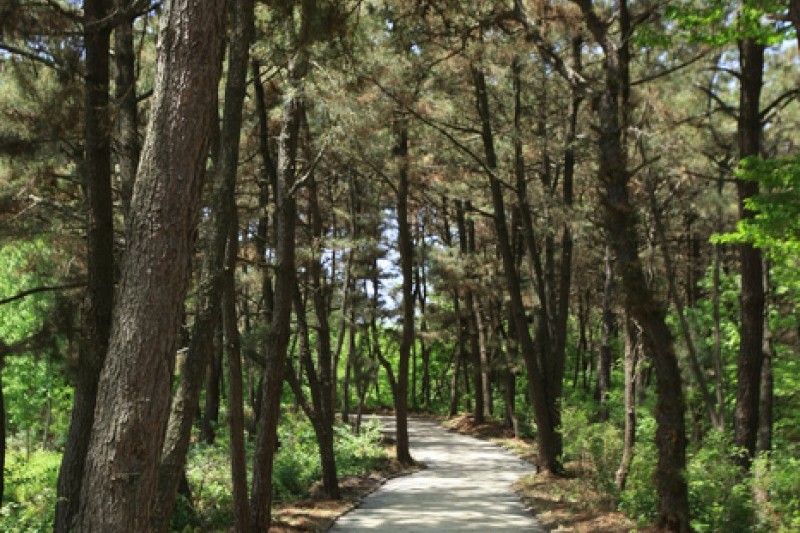 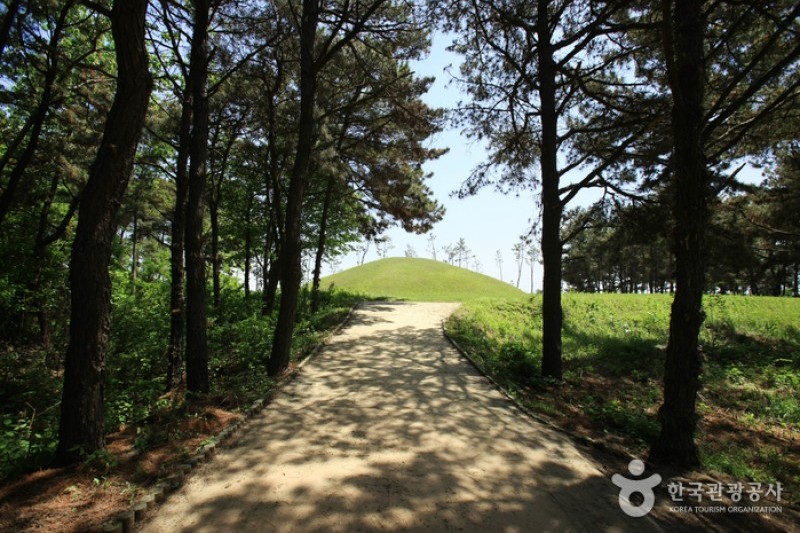 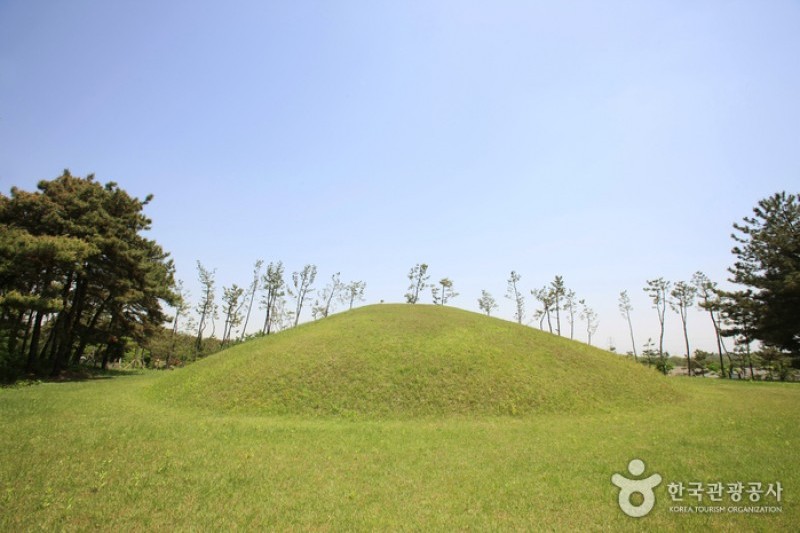 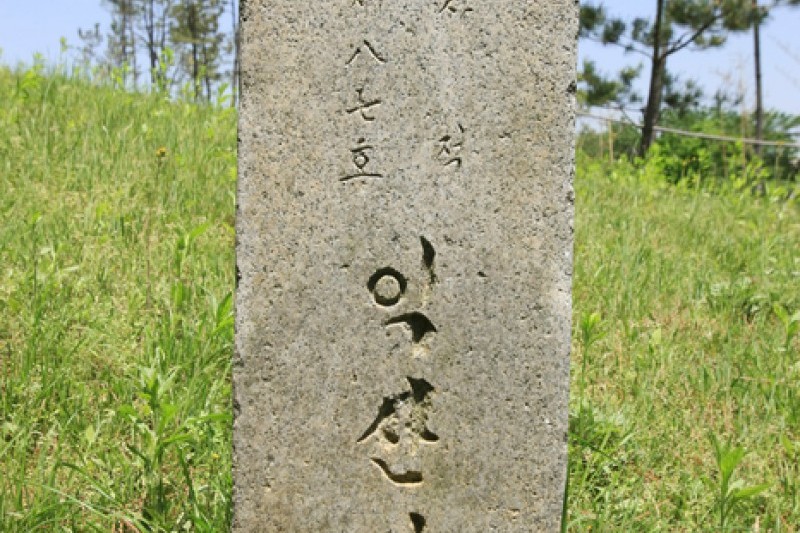 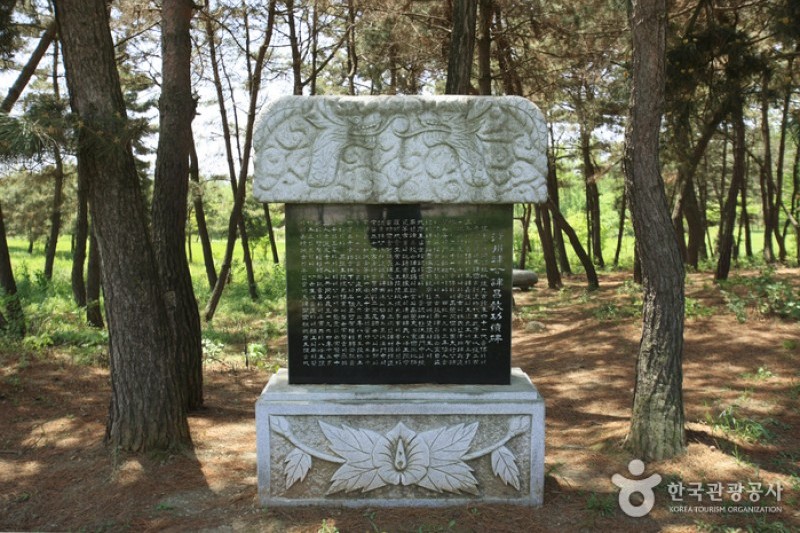 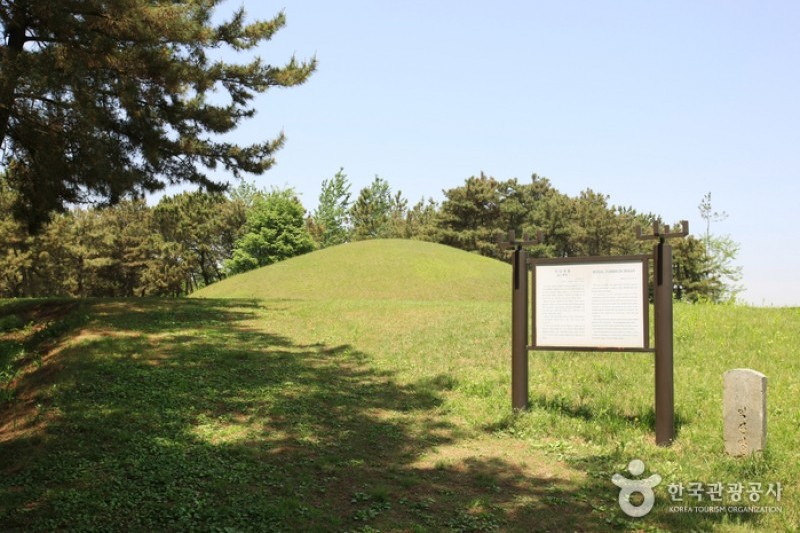 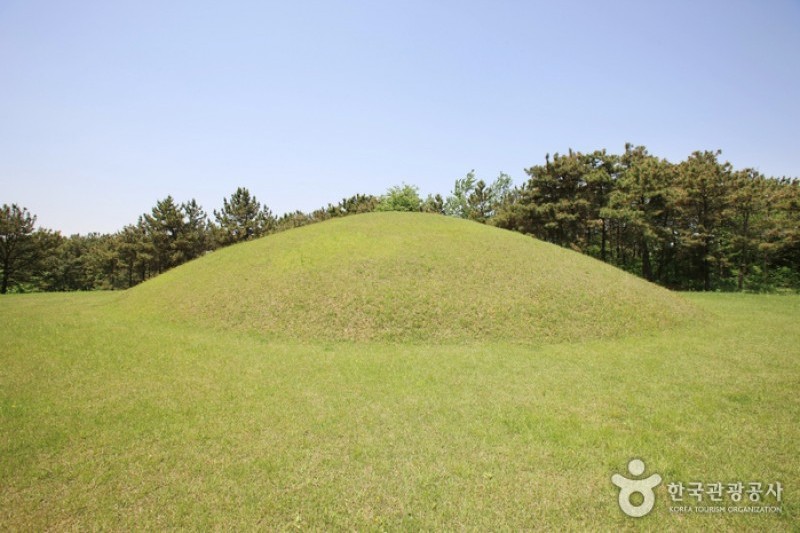 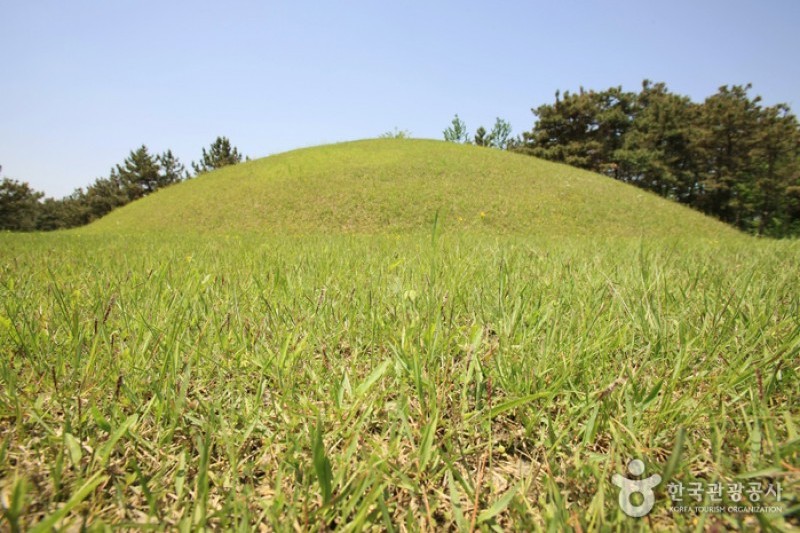 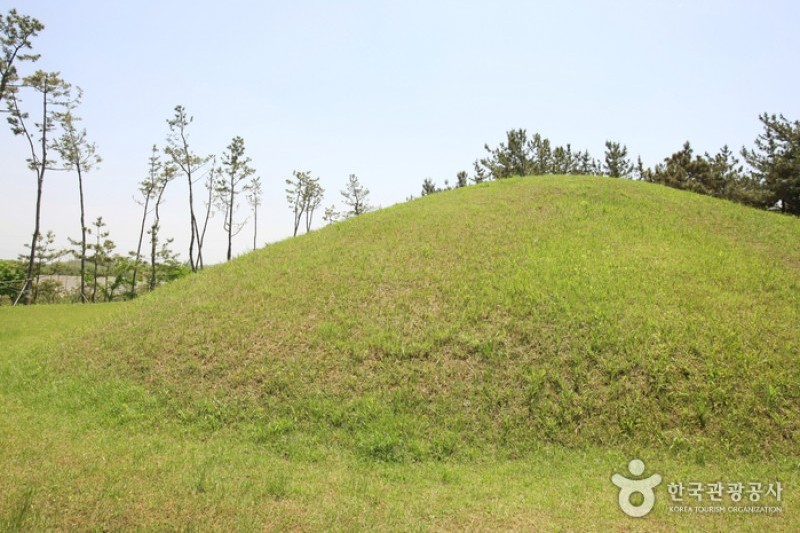 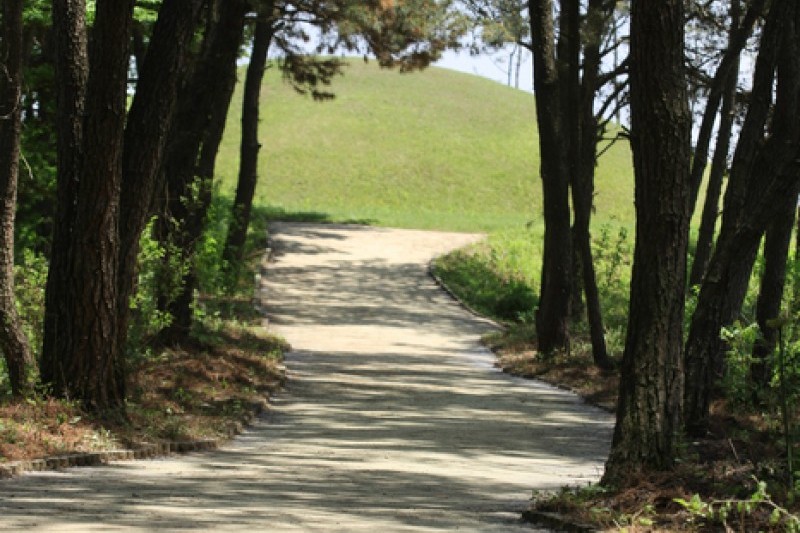 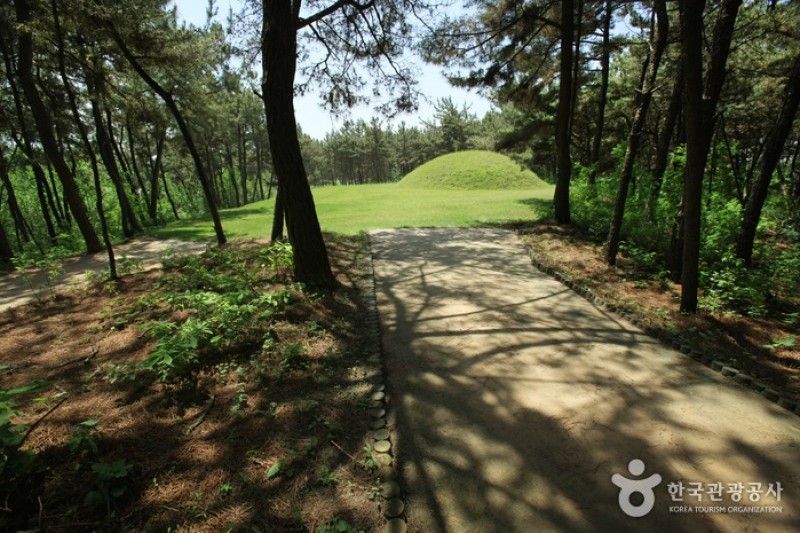 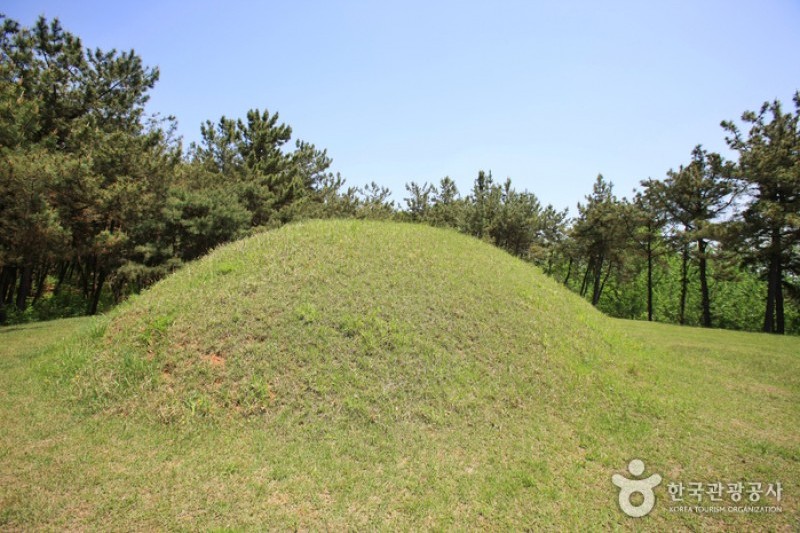 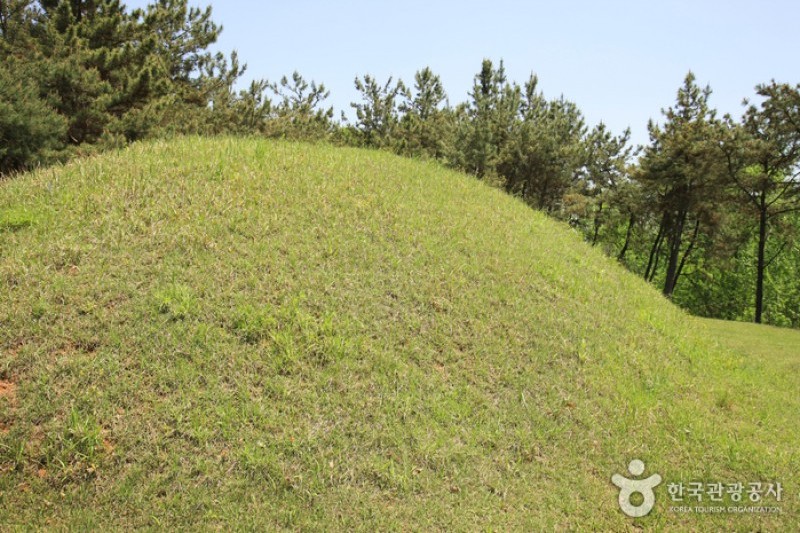 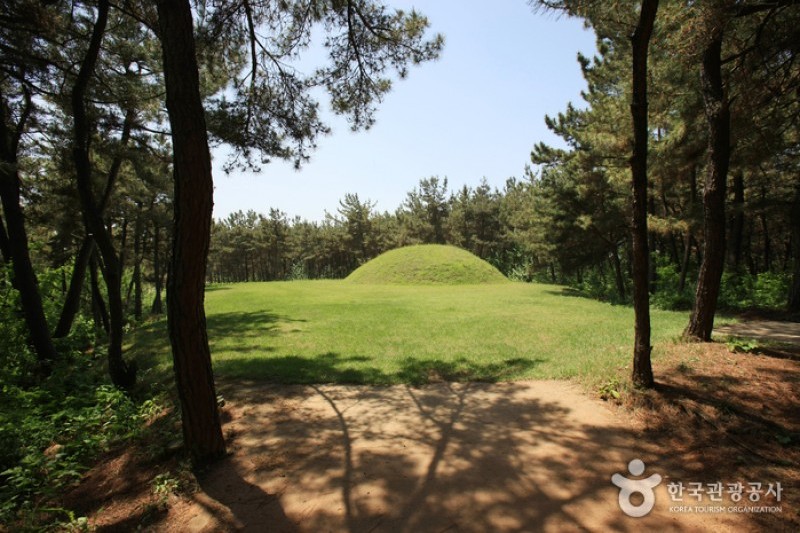 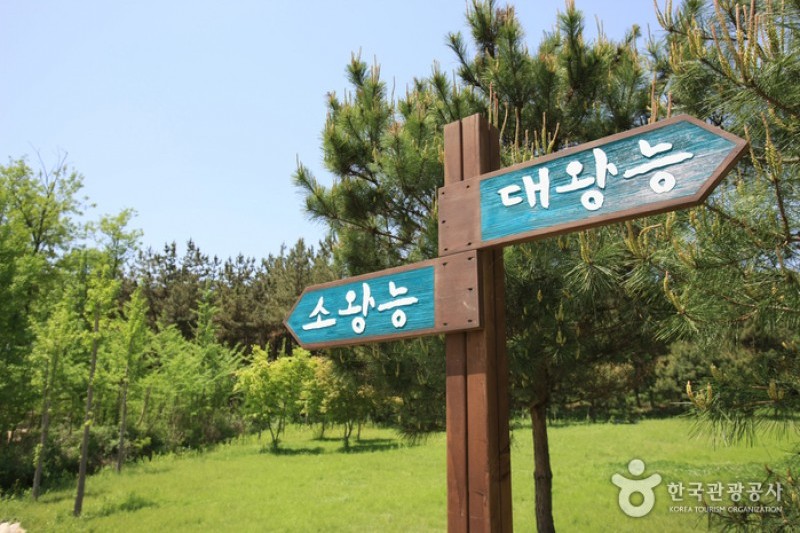 The Ssamgneung (Twin Tombs) in Iksan are stone chamber tombs that were unearthed during an academic excavation survey in 1917. At the time of the survey it was discovered the tombs had already been illegally excavated, most likely during the reign of King Chungsukwang of the Goryeo Dynasty. Though looters had stripped the tombs of any burial accessories, the wooden coffins were found to be relatively intact.

The coffins were severely damaged in the aftermath of the Korean War, but were later restored by the Jeonju National Museum. When they were first found, the twin tombs measured 3.1 meters high and 0.5 kilometers wide, but some of the original wood was lost during the tombs’ tumultuous history and the restoration that followed. The larger of the restored tombs now measures 30 meters in diameter and 5 meters in x_height while the smaller tomb measures 24 meters in diameter and 3.5 meters in x_height. On January 21, 1963 the tombs were designated Historic Site No. 87.

The Twin Tombs are roughly 200 meters apart, with the tomb in the east called Daewangmyo (big royal tomb) and the one in the west Sowangmyo (small royal tomb). The interiors of the tombs are done in the same style as the stone chamber tombs found in the tomb cluster of Neungsan-ri, Buyeo. Considering that the nearby Mireuksaji Temple Site was built during the reign of King Mu of Baekje Dynasty, it is highly likely that the Twin Tombs are those of King Mu and his wife, Queen Seonhwa.