Incheon is the largest city in the West coast of Korea with a population of over 3 million people, which is located whithin an hour’s distance from the capital, and has rich history and culture. Incheon’s dolmens were designated as an UNESCO World Heritage and it was also the first city in Korea to have opened up its doors to the world in 1883.

Incheon is Korea's first open port and at the center of modern history. In 1883, when Jemulpo Port was opened, Japanese style streets were established starting from the Qing - Japanese Concession area Boundary Stairs climbing to Jayu Park near Jung-gu Office toward the direction to Sinpo International Market. It is historically worth seeing because it is possible to look at the unique style of architecture of Japan such as traders and hotels built 130 years ago. Today, many buildings are transformed into museums and exhibition centers for tourists to understand and feel that time. Also, there are many cafes and gallery cafes that made use of the architecture of 130 years ago where tourists can enjoy walking trip. 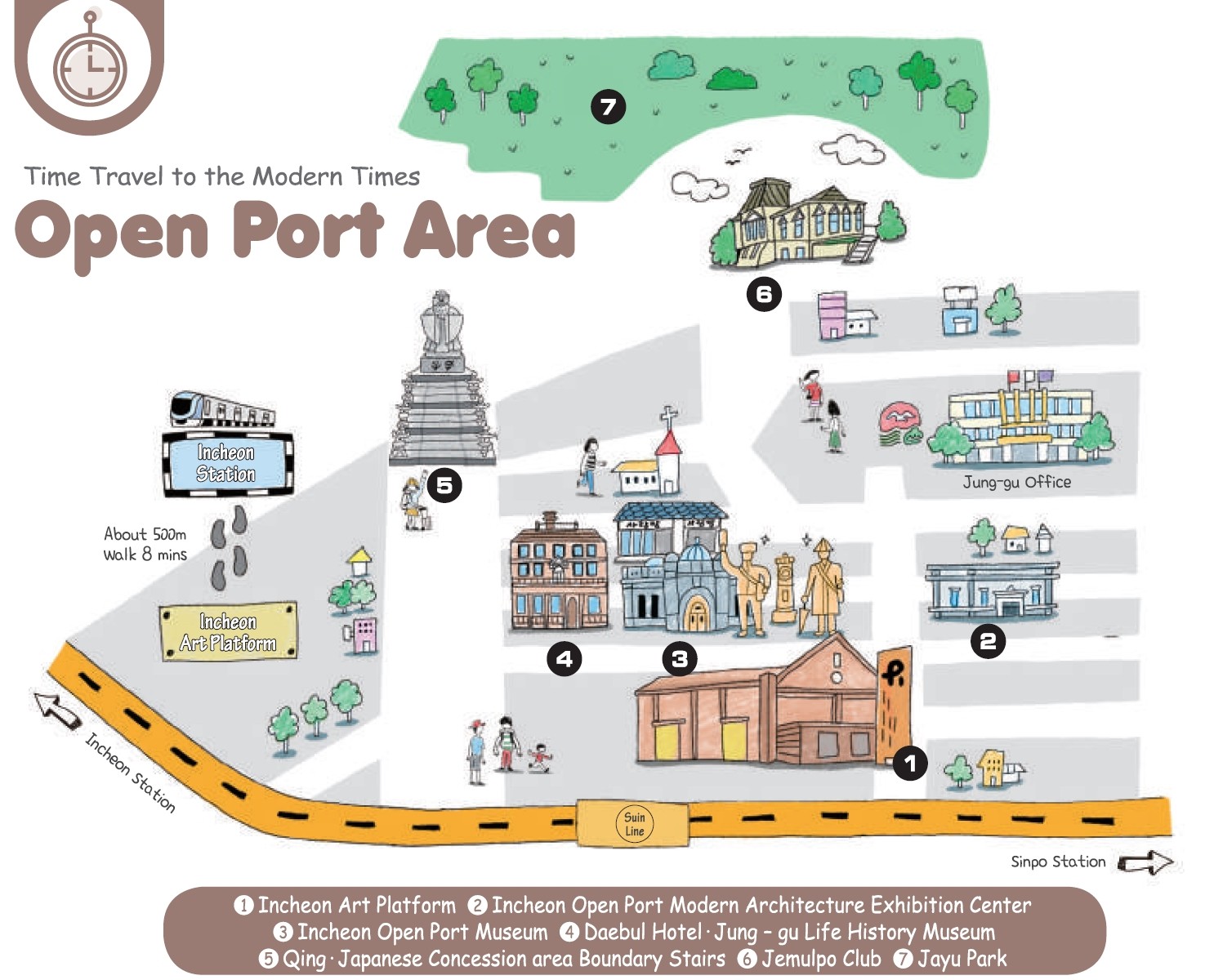 Walking Tour course is a sightseeing program under the guidance of an erudite commentator who has sufficient competency and knowledge about cultural heritage and historic site. 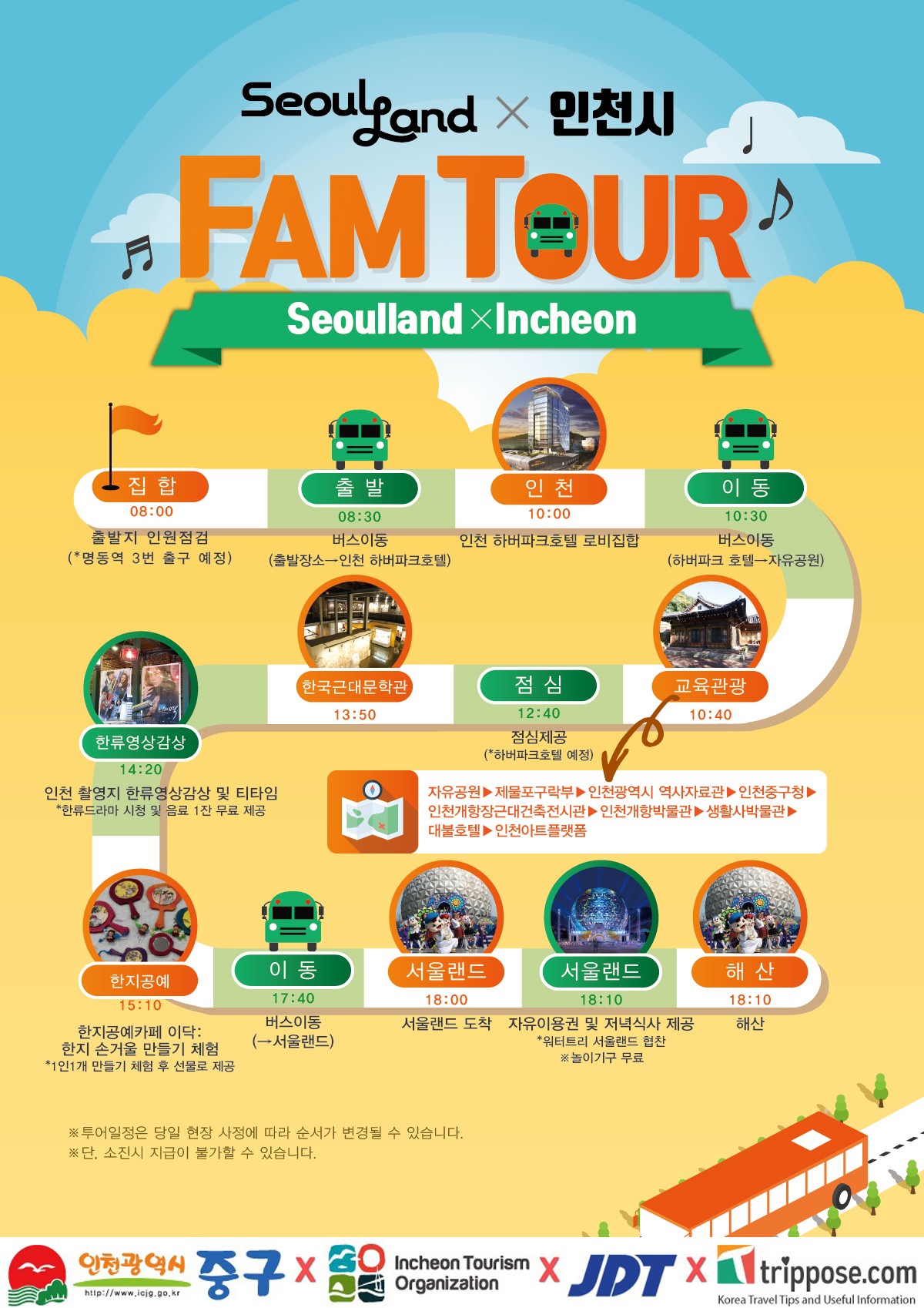 Open Port Area’s History & Culture Street in Incheon captures 130 years of history since the opening of the port. In this relaxed street, there are many hidden spots that seem scenes from photos taken long ago. Let’s take a stroll around these historical and cultural places that capture moments from time. 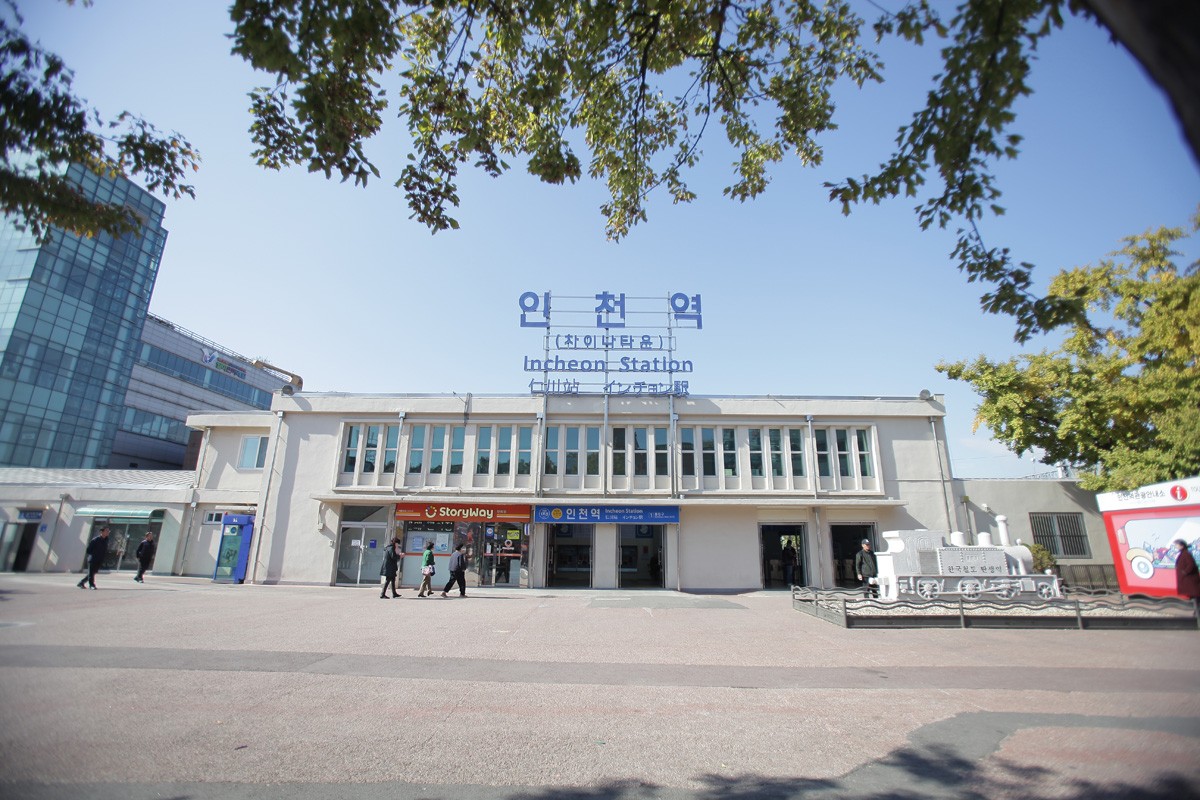 Incheon Station is the last station of Gyeongin Railroad, Korea's first ever railroad, and it indeed is a piece of history itself. At present, it is the last station of Gyeongin Line and Suin Line and the starting spot for the journey to Jung-gu, Incheon; the station is visited by many people. Incheon Station is the final stop on the Gyeongin Line and Suin Line, but it is also the starting point for another journey. When you get off at the Incheon Station, you can easily access many areas of Incheon including Wolmido Island, China Town, Fairy tale Village, Jayu Park and Incheon Port. Since a one day trip between Incheon and Seoul is possible, the station is visited by many people during weekends. 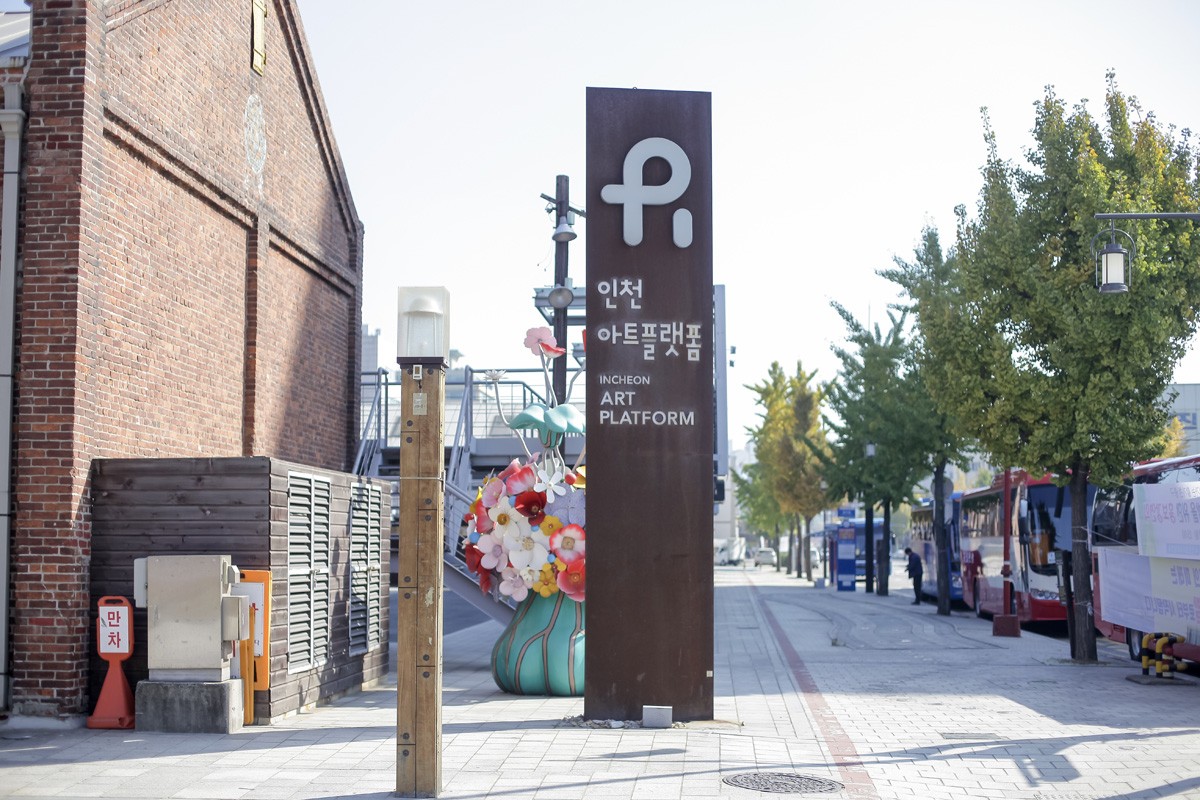 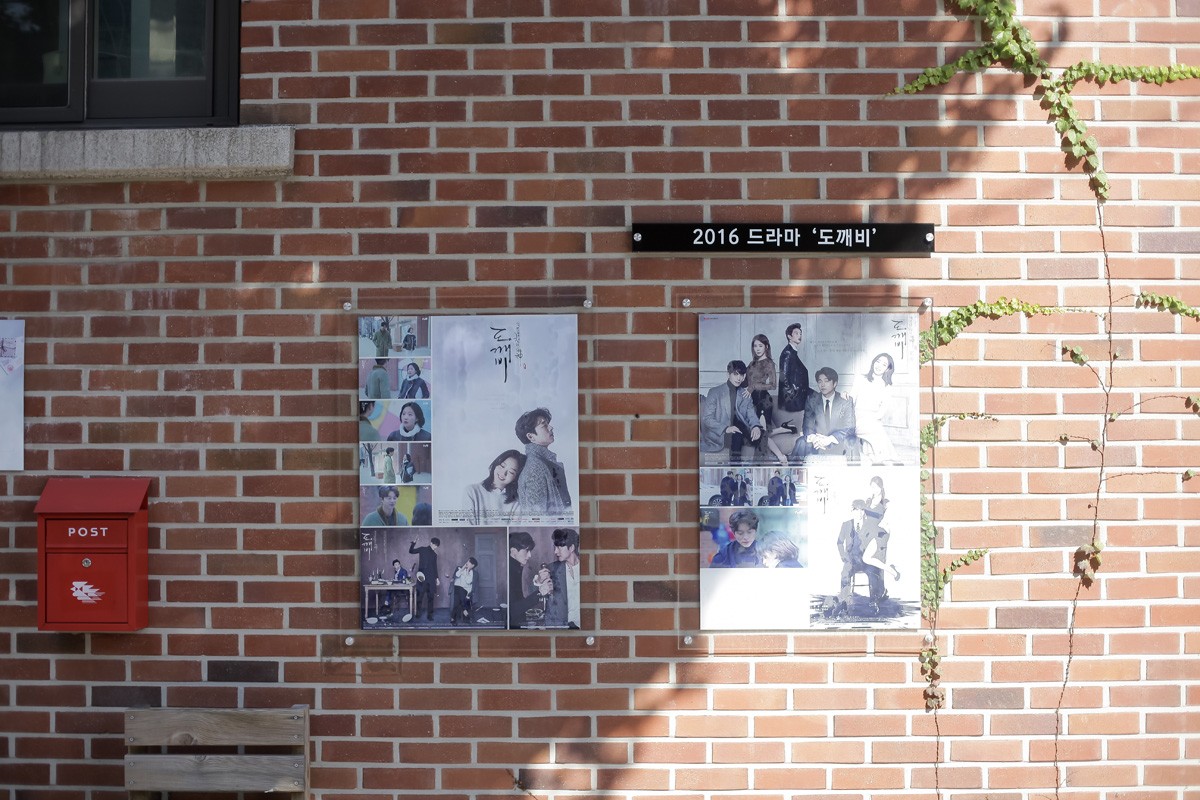 Incheon Art Platform is a part of the revitalization business initiative of old city; it is a complex cultural and art space developed on the site of a modern style building that was purchased. A place created for regional artists and writers, it is indeed the “sea for inspirations” where they all work to come up with new creative ideas. Thirteen buildings that are used for various purposes – art craft studio, museum, training center, a gallery and performance center – present a unique atmosphere as they are filled with artistic mood. Due to this reason, Incheon Art Platform is a popular space for those visitors who want to take memorable photographs. The place has even become more famous as it was the shooting location for tvN drama “Goblin” that gained great popularity in early 2017. 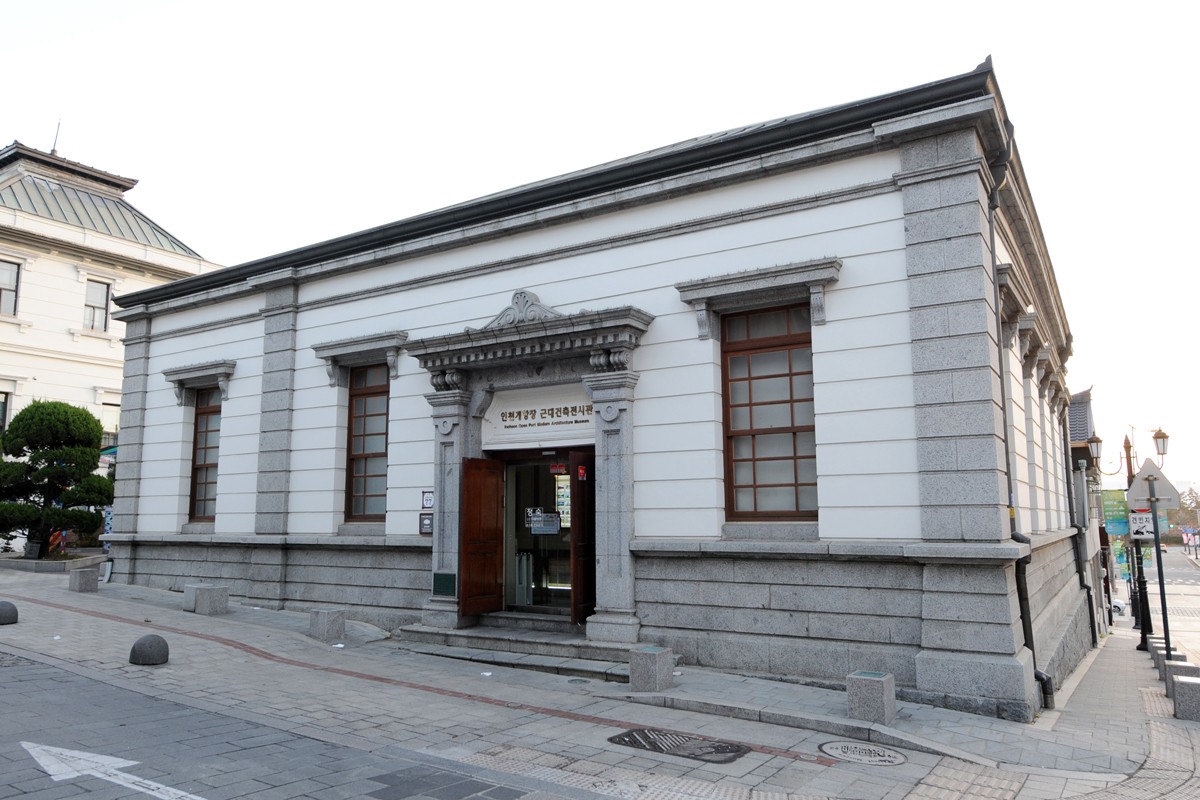 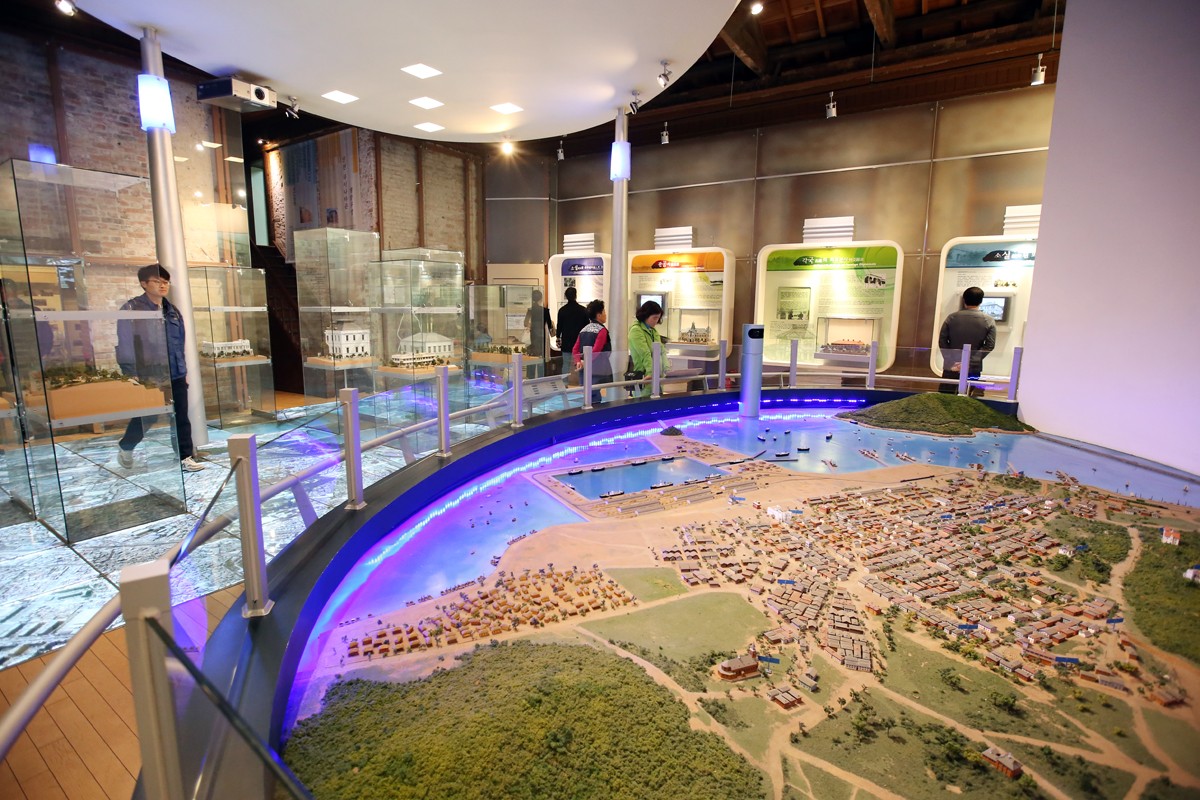 Incheon Modern Architect was built on wooden truss and its rooftop was built with Japanese roof tiles, which creates a somewhat exotic look. One can come across various styles of architecture such as buildings from early modern times, landscapes of the Former Concession district and lost modern architectures.
Incheon Modern Architect is a place that displays the landscapes of Incheon after the opening of the port; one can get an insight into how Incheon looked then by going through the precious data kept in the gallery. 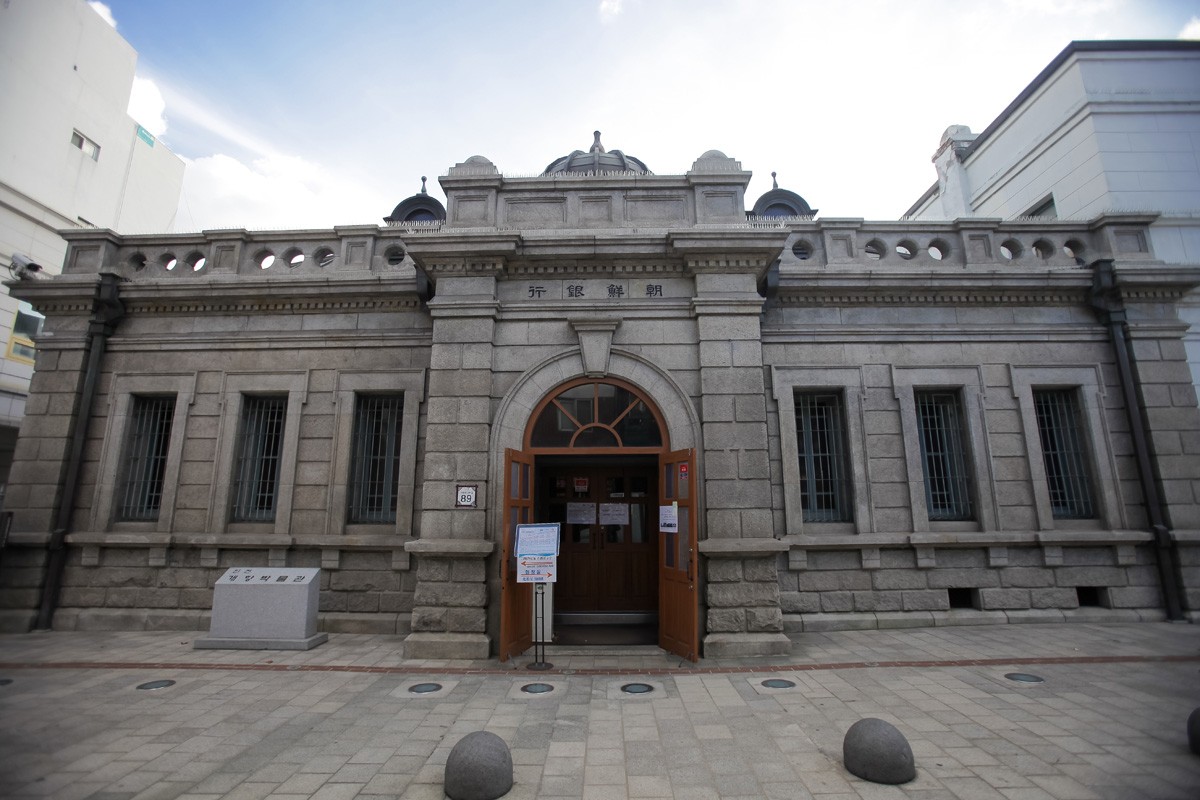 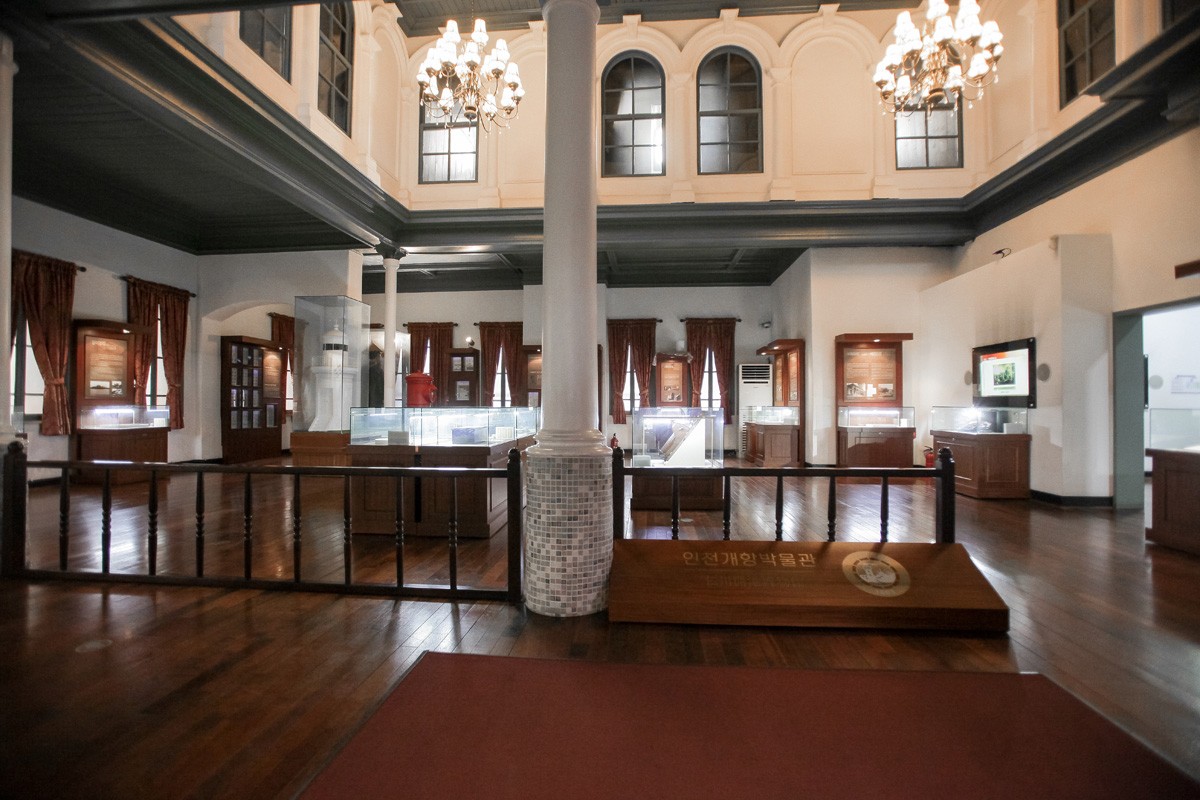 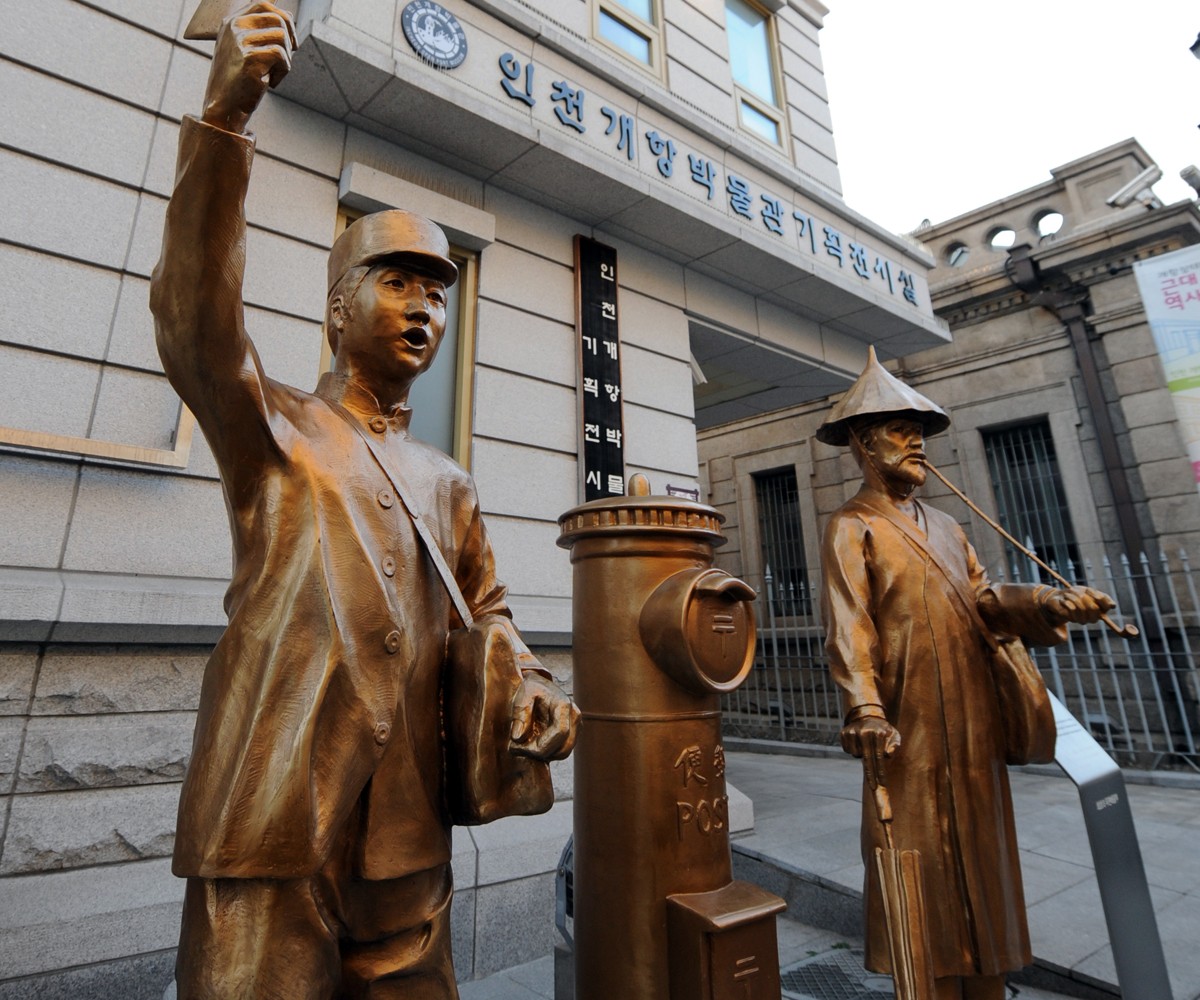 Incheon Open Port Museum is a remodeling of former Japan #1 Bank building, capturing every historic part of Incheon’s port opening. It consists of four always-on galleries, a storage room for artifacts, a curator room and convenience facilities; there are 669 relic items in 321 types that were derived between the period after the opening of the port in 1883 and 1910 when Japanese colonial rule started.
Incheon Open Port Museum, which captures the essence of the history of the port opening of Incheon, is a museum where one can study every facet of modern Incheon since the opening of the port as well as various aspects of modern culture that were introduced during the opening port period in Incheon. The 1st Exhibition Hall depicts the opening of the port and features modern relics, and one can view the history of the Gyeongin Railroad and Korea’s railroad history in the 2nd Exhibition Hall. In the 3rd Exhibition Hall, one can experience the scenery from the period during Incheon’s port opening, and the 4th Exhibition Hall recapitulates the history of the transition period of Incheon and its financial institutions. 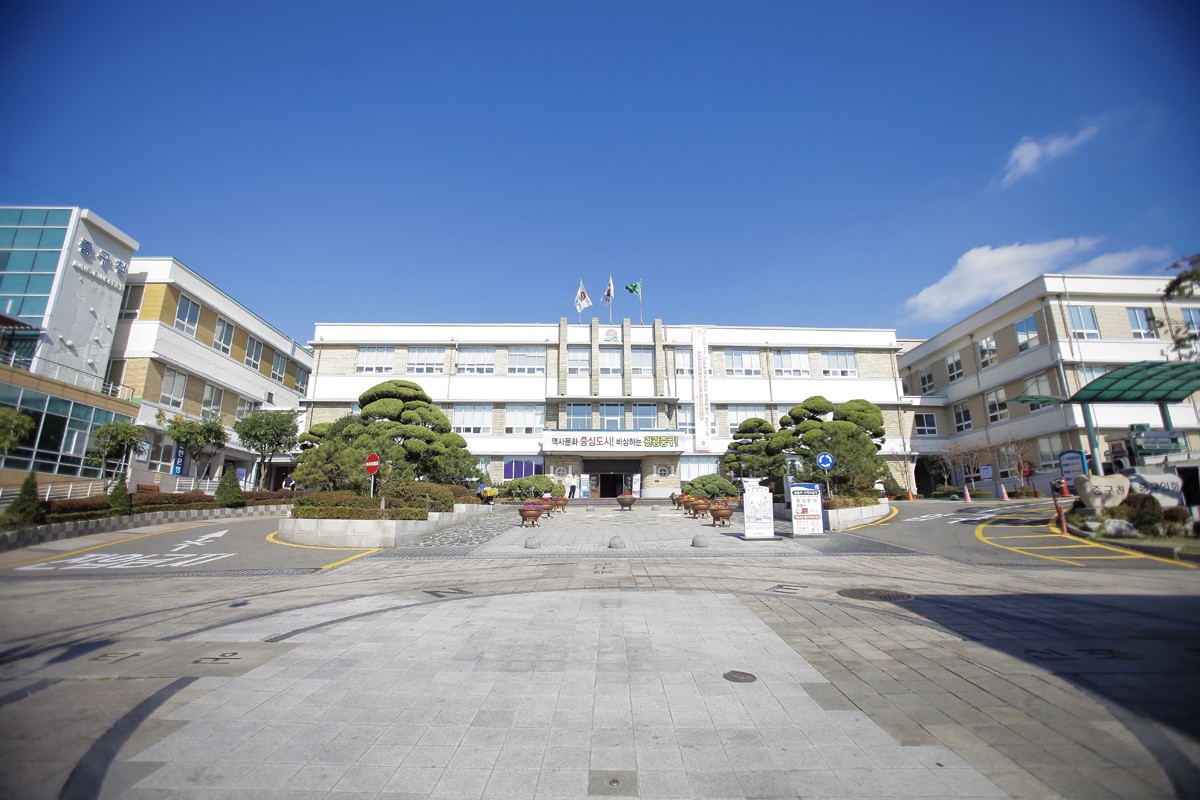 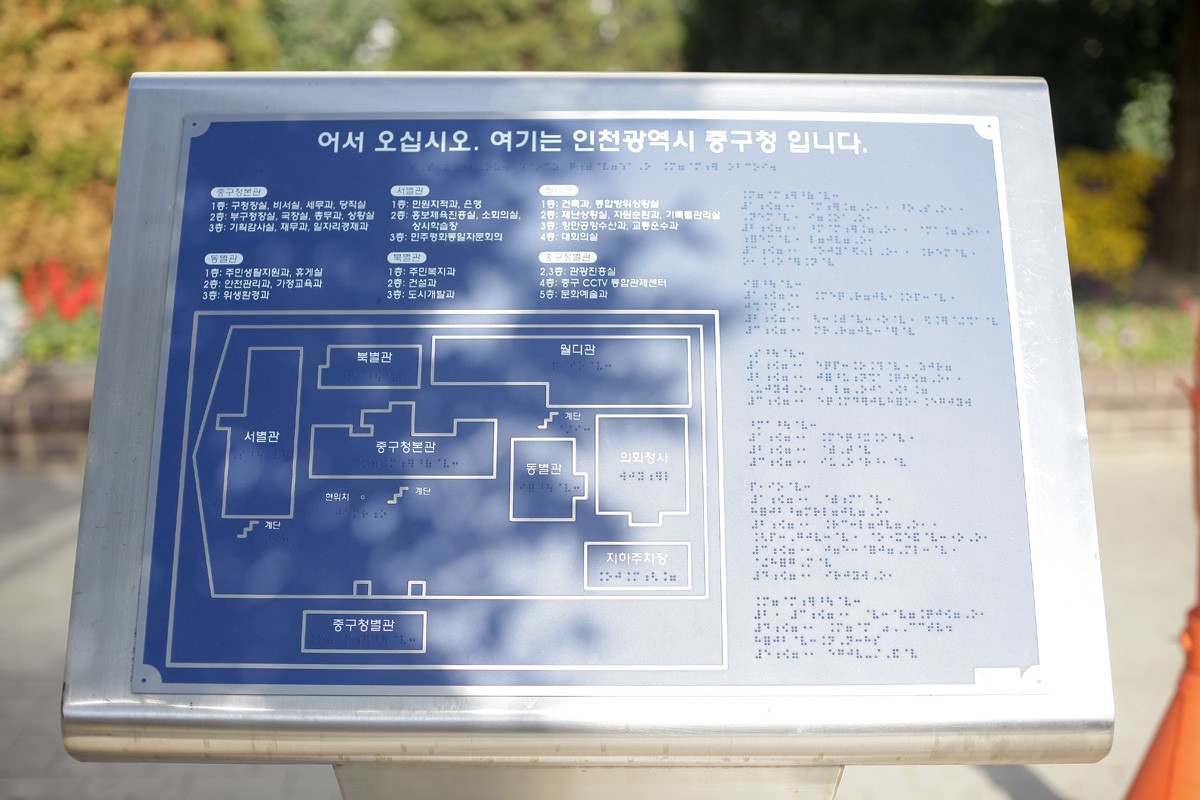 After the opening of the port, Japan first built a consulate to protect Japanese people in the former Concession District. Japan’s consulate was opened on October 31, 1883, earlier than any other institution, in the current Jung-gu District office area. After the Resident-General was constructed in 1906, the place was used as the office. In 1910, just after Japanese Government-General of Korea Building was constructed, the office was used as the Incheonbu Government Office Building. After the restoration of independence, the place was used as Incheon City Hall, but since 1985, the office has been used as Jung-gu District Office. 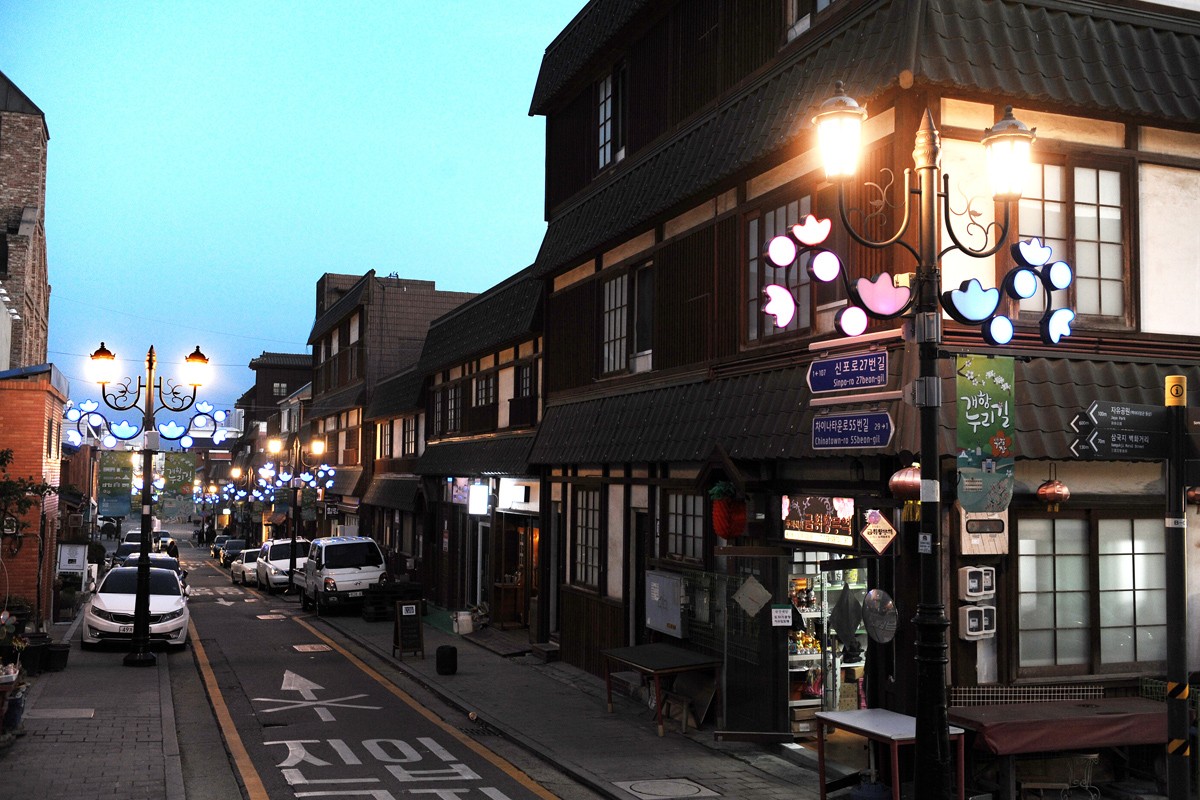 Incheon Jung-gu District Office was actually a western style two story wooden building during the open port period. The construction materials including the wood were all imported from Japan; it was newly constructed as a two story building in 1933 and as a three story building in 1964. Overall, the building showcases the special features of the modern construction style of the 1930’s. The scratchy style that constitutes the exterior part is something not easy to see these days; it is reminiscent of old times, retaining historical and architectural value.You can witness the street of modern open port, as if you’ve entered into a traditional play. The surroundings offer you various and interesting sites that are entertaining and engaging such as Incheon Open Port Museum, Incheon Open Port Architect and Incheon Art Platform.


Jayu Park
Romantic Trip in Each of the Four Seasons 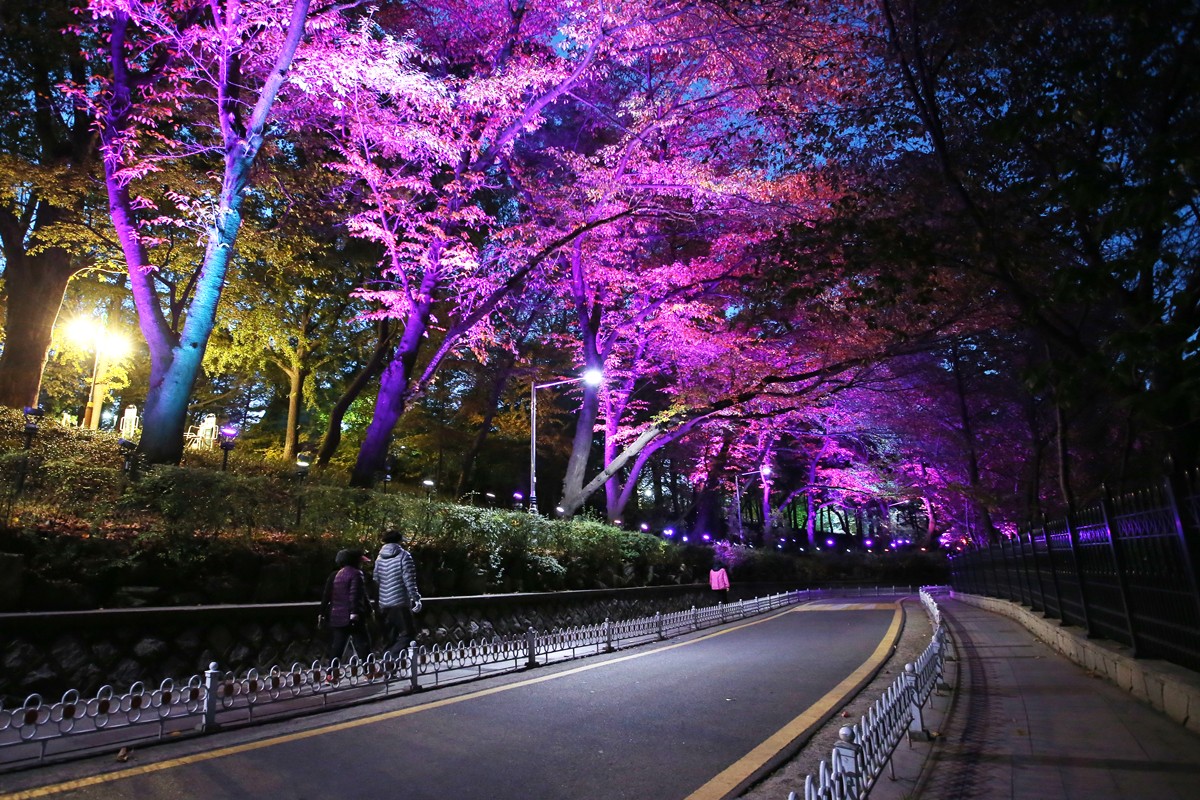 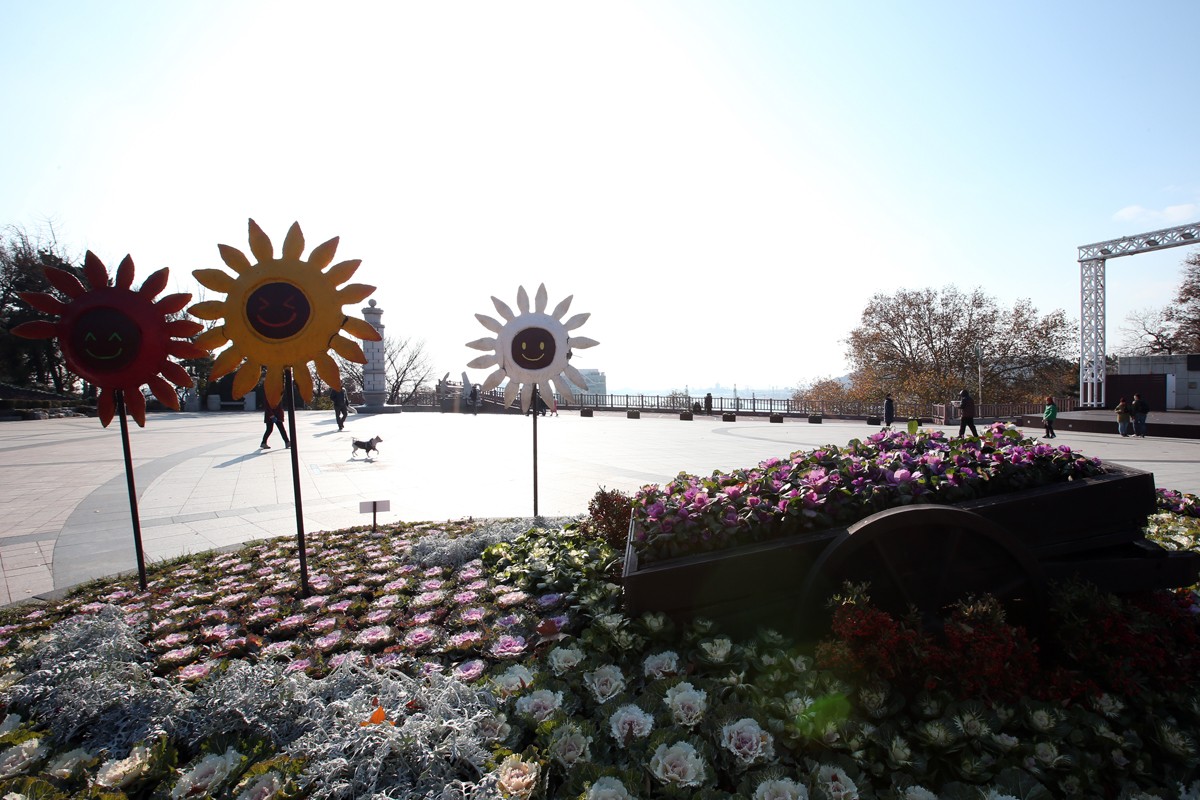 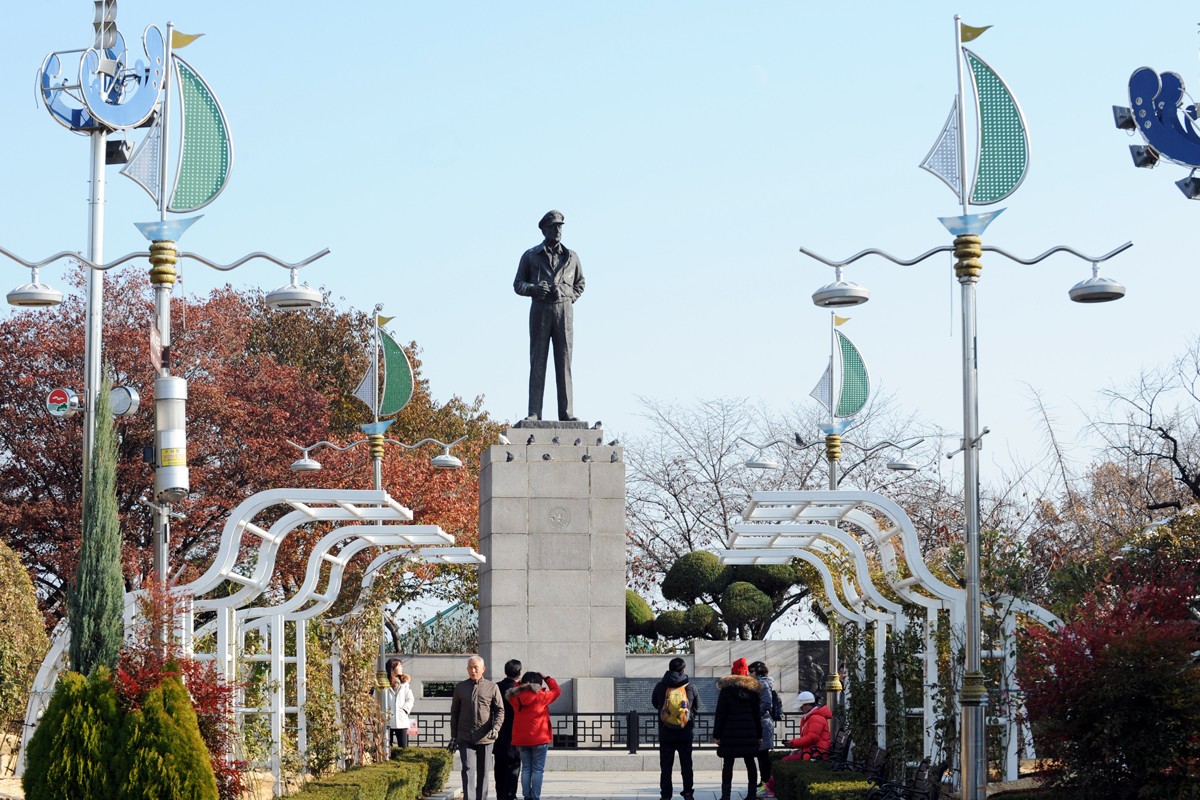 After the port was opened in 1888, Jayu Park was managed and administered by the foreigners’ settlement cooperation, which gave it the name “Gakguk(All Countries) Park”. When the settlement of the foreigners was abolished and the park’s administration rights were transferred to Incheon Bureau as Japan took control, the park started to be called Seo(West) Park in 1914. After the restoration of independence in 1945, the park was called Manguk Park. From October 3, 1957 when the statue of General MacArthur, who led the Battle of Incheon, was erected in the park, the park finally got its present day name of Jayu Park. The entire Eungbongsan Mountain is called Jayu Park. It preserves various heritages such as the Korea – US 100 years of Friendship Tower, Nature Conservation Tower, Memorial Tower for Cherishing the Souls of Patriots, and Seokjeongru. When you climb up Seokjeongru, you can see the Port of Incheon as well as Wolmisan Mountain Bukseongpogu port all at once. 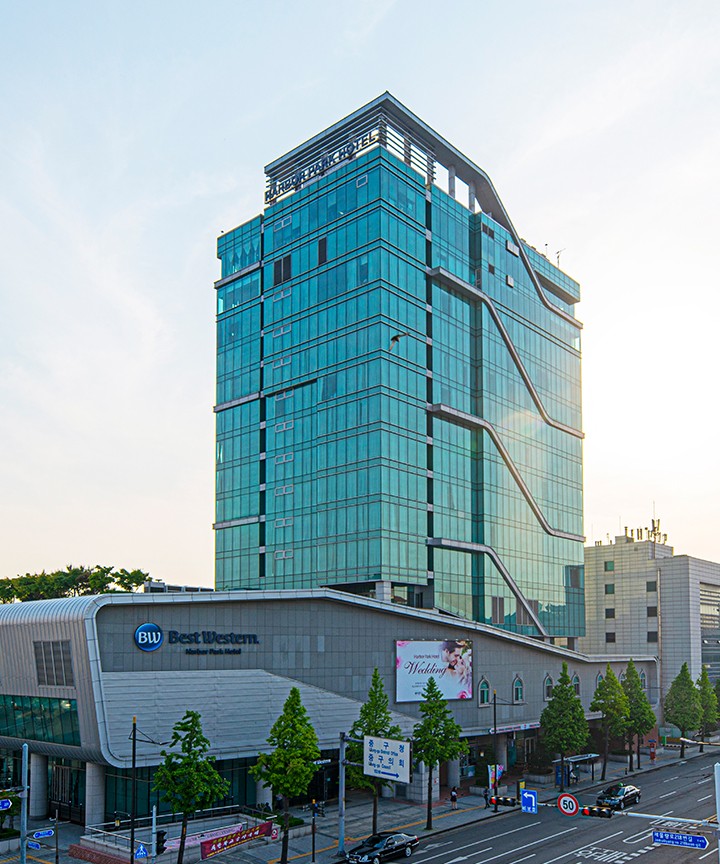 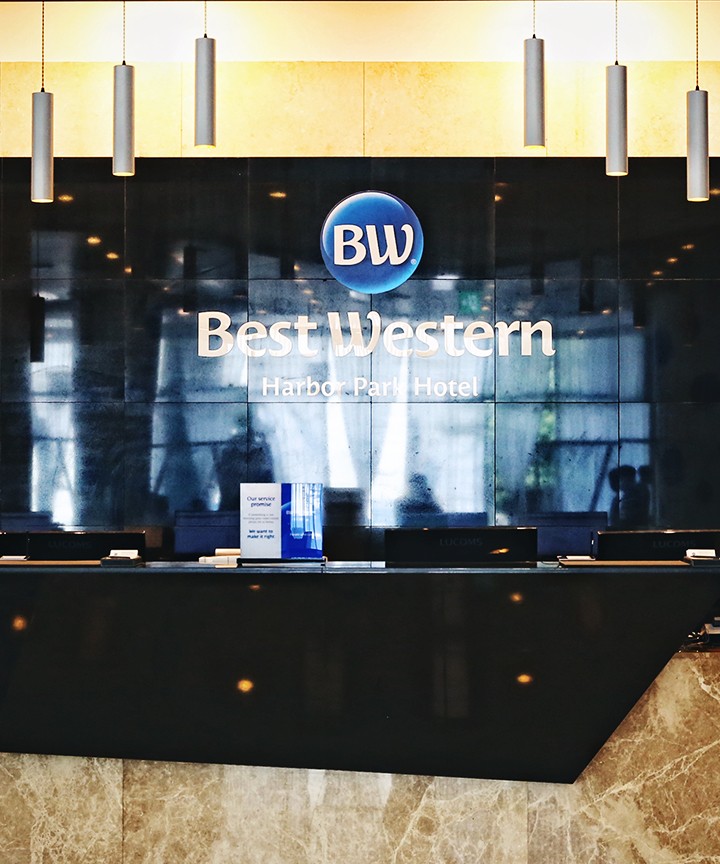 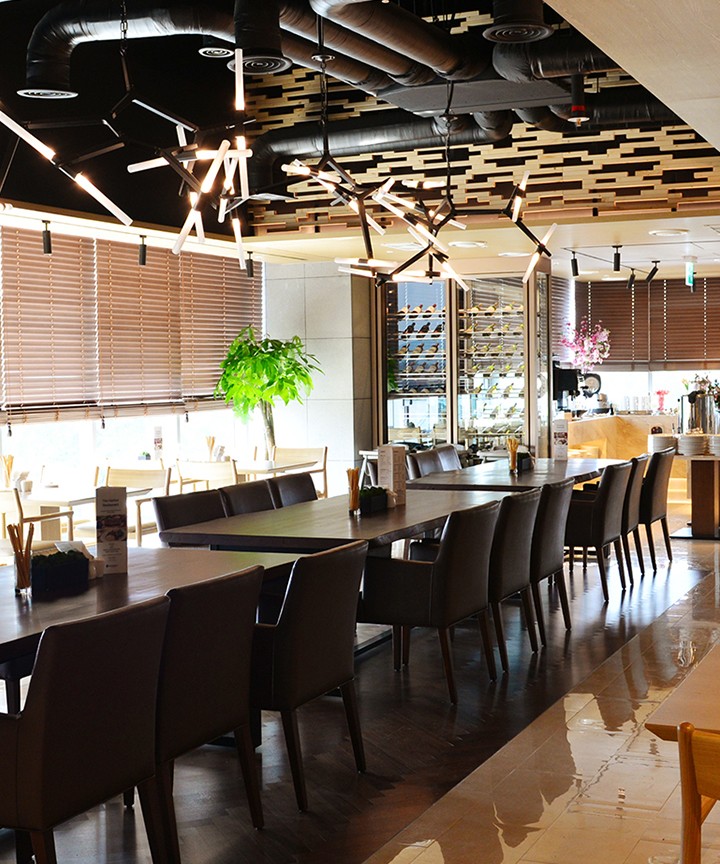 Located within 40 minutes of the Incheon International Airport in downtown Incheon, Harbor Park Hotel is a themed hotel with a panoramic view of Incheon’s Chinatown to the west and the beautiful ocean to the east. The hotel caters largely to business guests and is equipped with a grand ballroom that seats 500, a meeting room with state-of-the-art facilities, and an international business lounge.

All of the 213 guestrooms have free, high-speed internet connections and wide closets. Not merely a standard business hotel, Harbor Park also offers king-size beds with luxury bedding, flat screen TVs with satellite channels, and a fitness center with modern equipment, personal trainers, and an ocean view. The hotel’s buffet-style restaurant serves dishes demonstrating the refined sensibilities of its world-class cooks and each dish is as artistic as it is delicious. At the Sky Lounge, guests can further enjoy the good life by listening to live music and gazing out over the ocean. 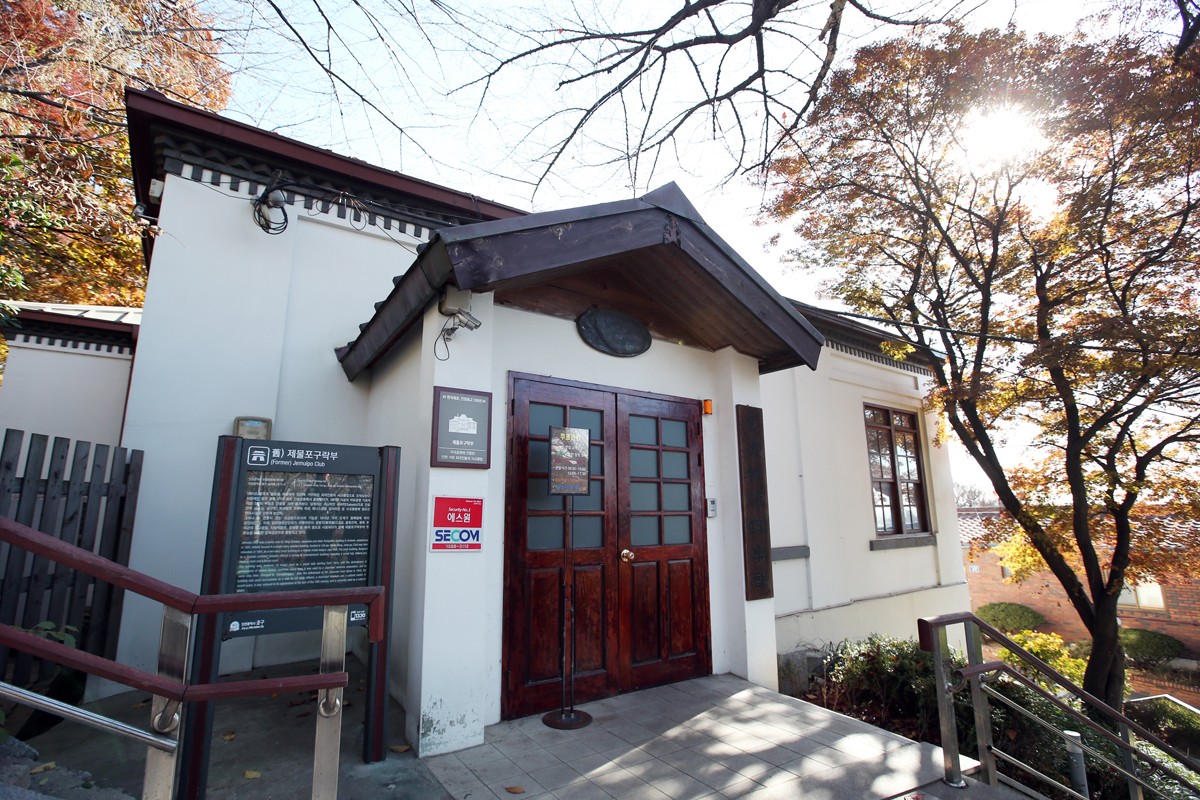 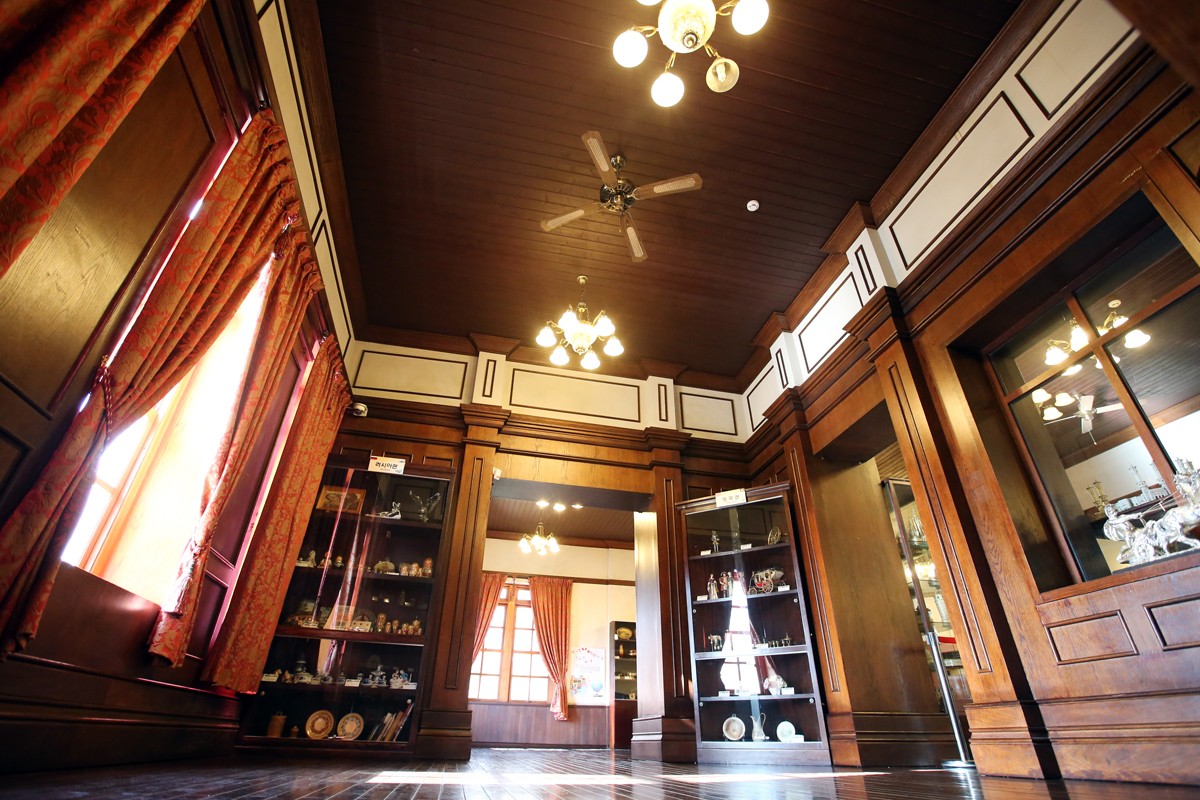 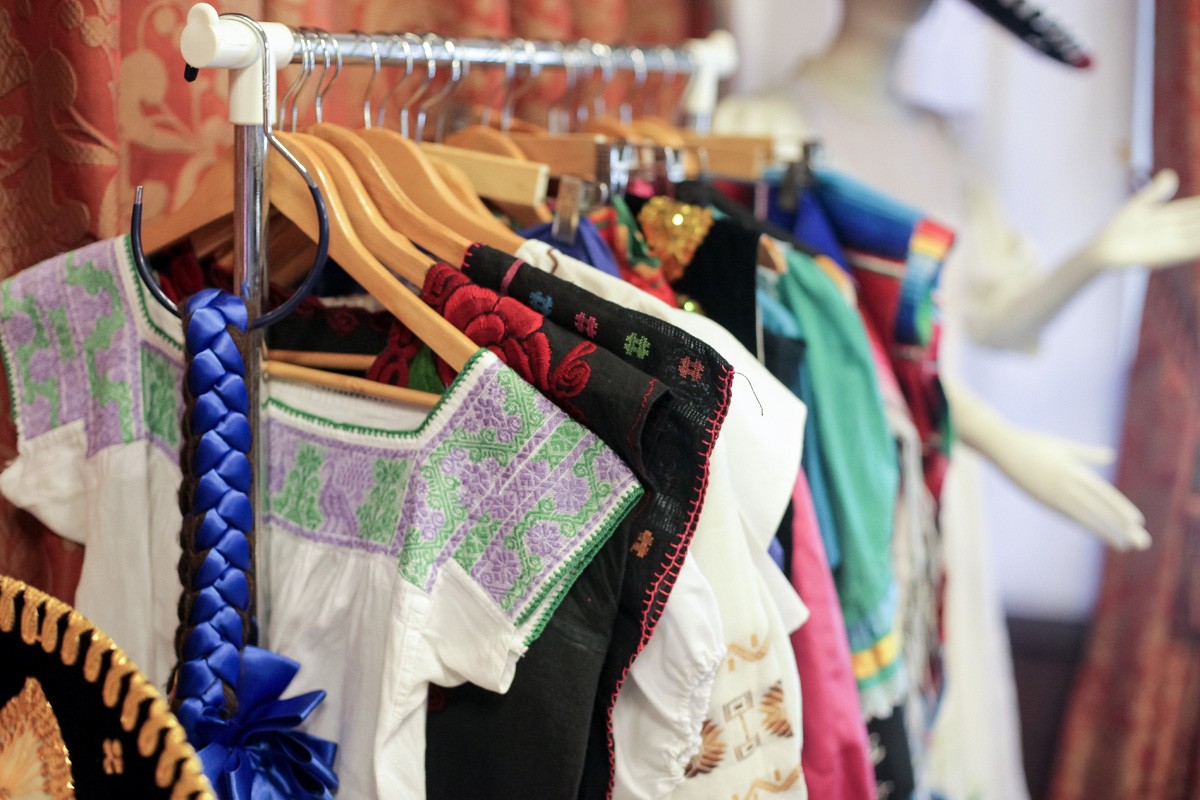 Jemulpo Gurakbu used to be a social community building that was built in 1883 after Incheon port was opened; it was a place where foreigners from the U.S., England, Germany, France and Netherlands that lived around Jemulpo, Incheon came to build relationships and to interact with one another. The building, which was built in 1901, is a two story building made of bricks; the rooftop is covered by steel, and inside the building, there are various facilities including a library and social community room. After 1914, the building was used for the Japan Veterans’ Association; since the restoration of Independence, the place was used as the commissioned officers’ club for the U.S. army. From 1953 to 1990, the place served as Incheon Metropolitan City Museum. From 1990 to 2006, the place was used as Incheon Cultural Center; it was redeveloped as Jemulpo Gurakbu in 2007.

Since 2007, the newly opened Jemulpo Gurakbu has served diverse roles as a place of international cultural exchange and the location of Incheon Global Culture Exchange Festival with former member countries like England, Italy, Russia and Germany, as well as the portal for cultural exchange among children, teenagers and general residents who are interested in diverse cultures.

※In the event that you do not receive an email from us, please check your Spam folder or notify us via email
※Children aged 0-2 may participate for free, provided they won't be occupying seats
※Only one child per booking may participate for free
※Children aged 3+ will be charged the same rate as adults
A minimum number of 4 travelers is required for the tour to run. If the minimum number is not met, you have the option to reschedule to a different date or receive a full refund. You will be contacted at least 3 days before your scheduled tour
※The maximum number for each group is 40
※This itinerary is for reference only and is subject to day-to-day circumstances such as weather, traffic, etc.
※The tour will not be canceled due to rain, but in case of inclement weather such as storms, the tour will not push through. You will be given the option to either reschedule or cancel in case of inclement weather
※This tour has an English and Chinese speaking guide.