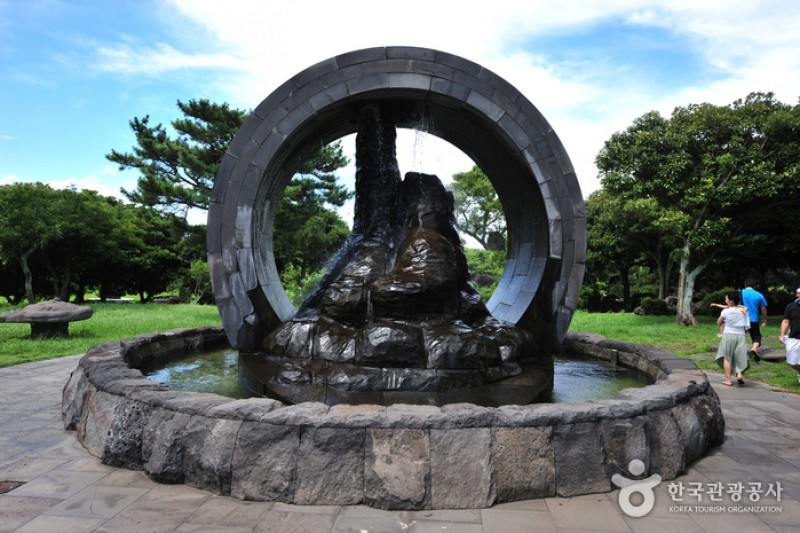 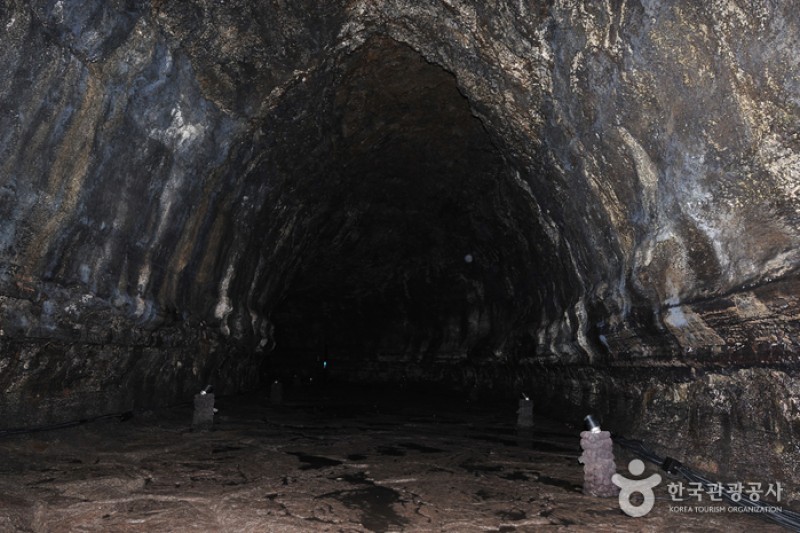 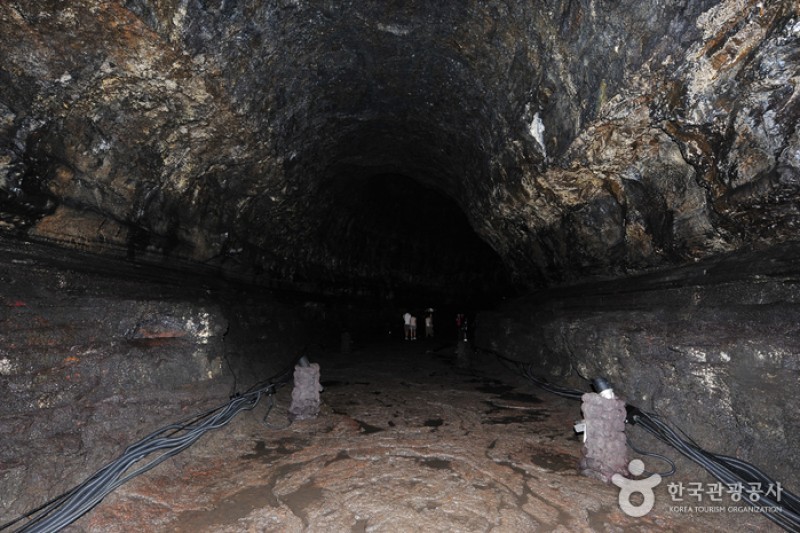 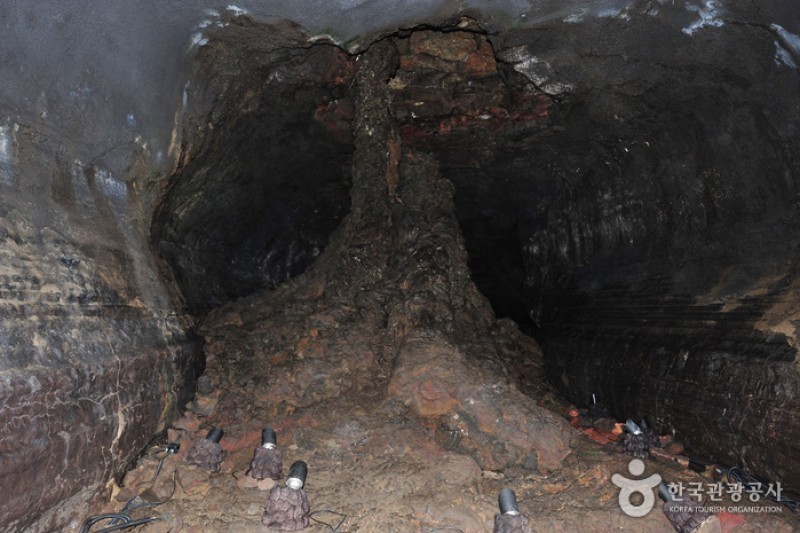 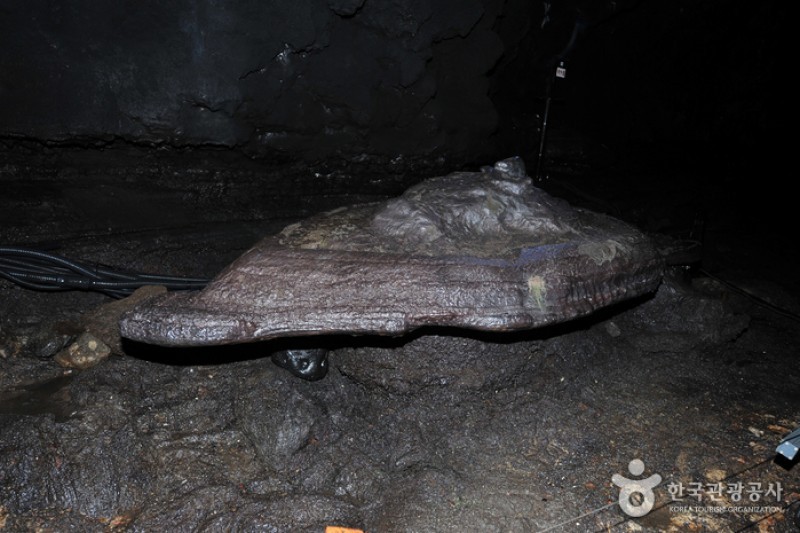 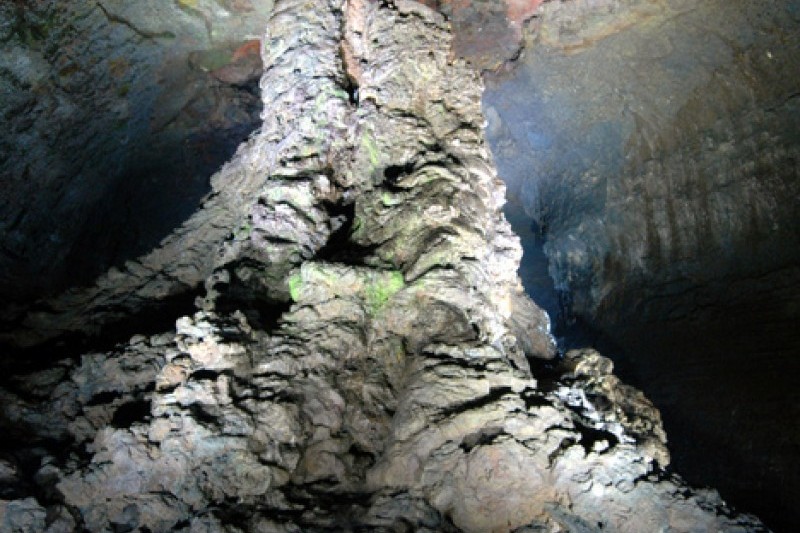 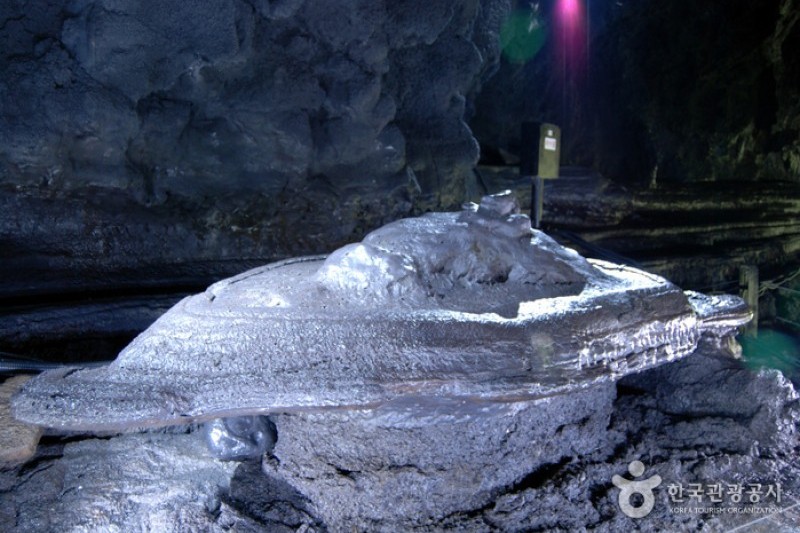 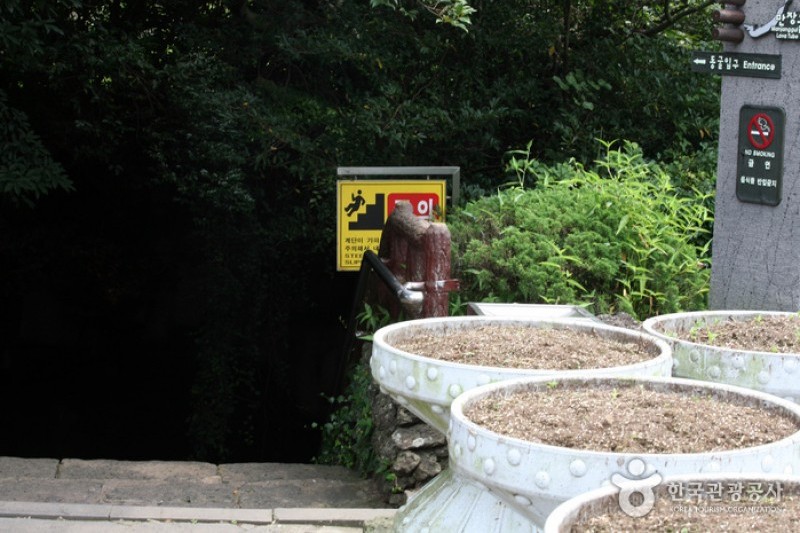 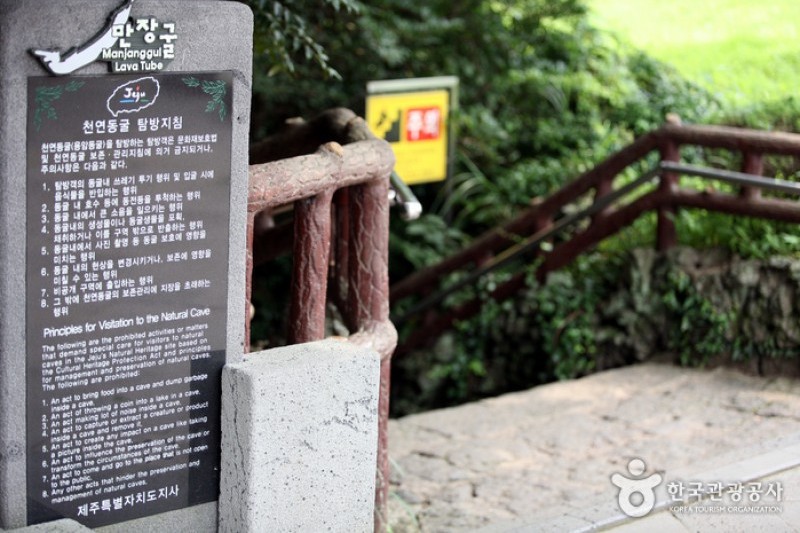 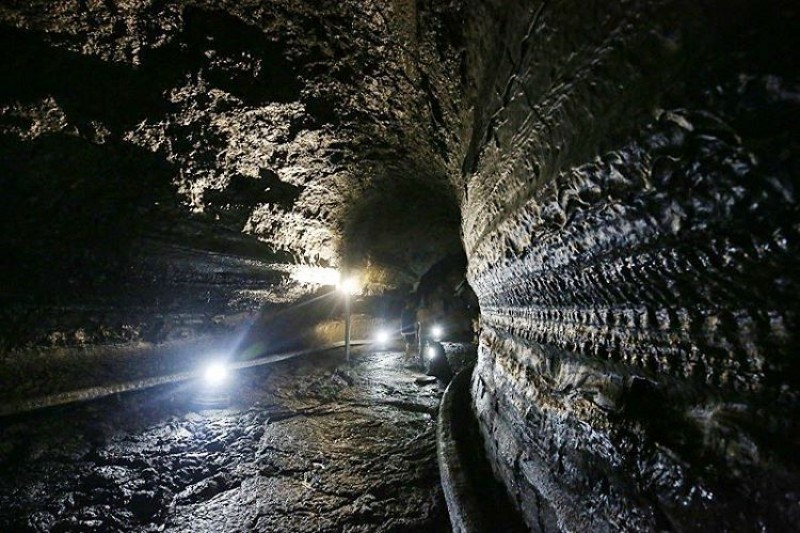 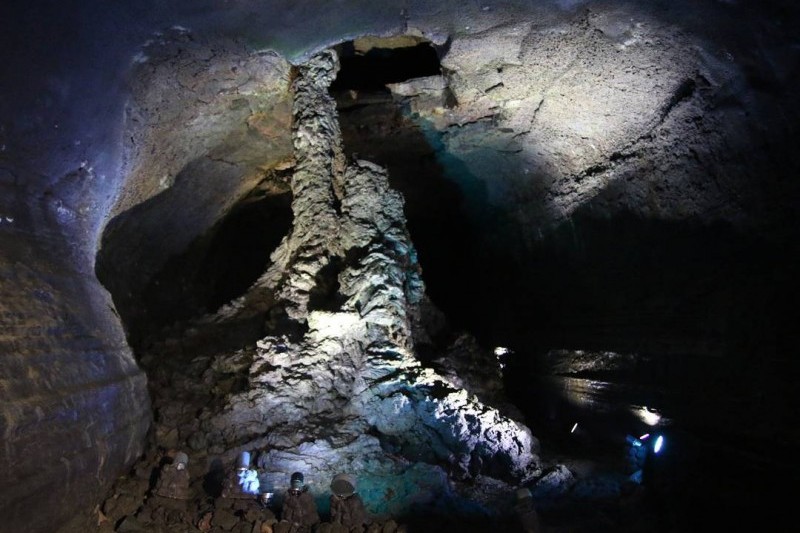 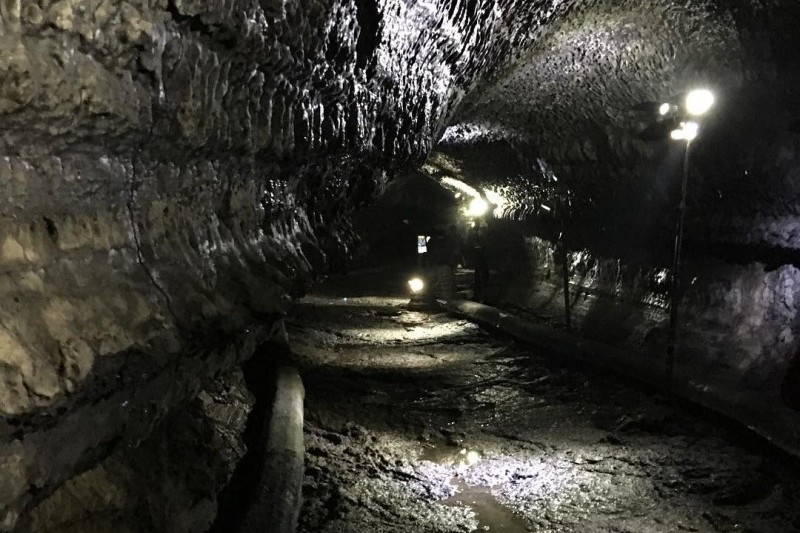 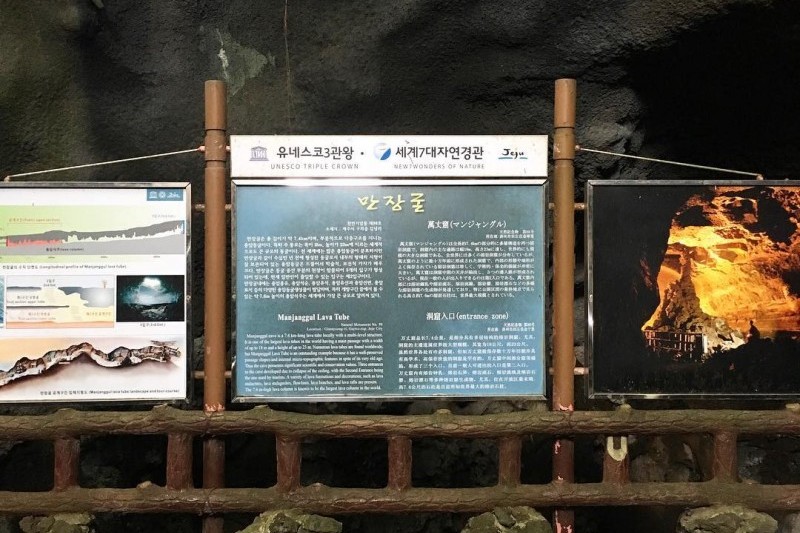 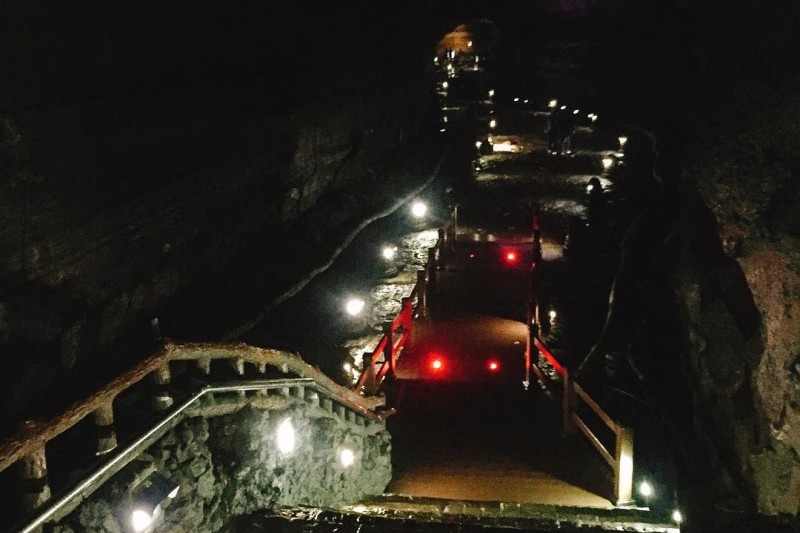 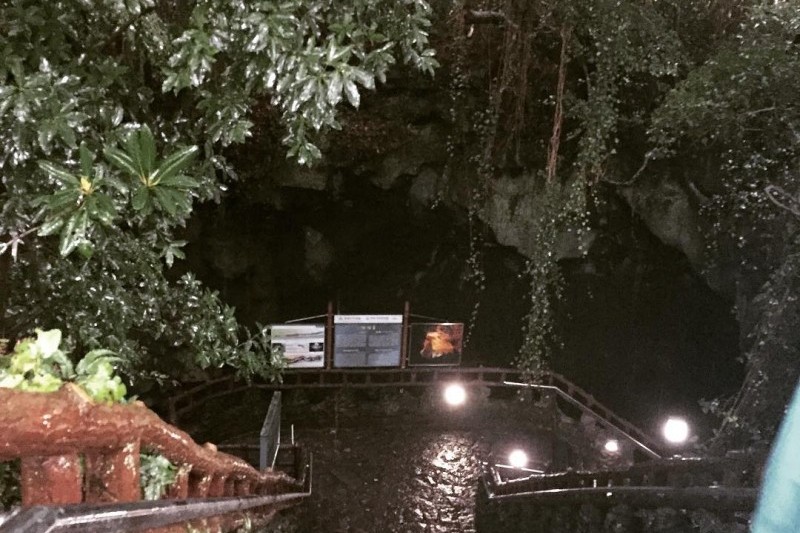 Manjanggul Cave is one of the finest lava tunnels in the world, and is a designated natural monument. A lava tunnel is formed when the lava that was deep in the ground spouts from the peak and flows to the surface. Manjanggul Cave has a variety of interesting structures inside including 70cm lava stalagmites and the lava tube tunnels.

Only 1km of the 13,422m Manjanggul Cave is open to tourists. The inside of the tunnel sustains a temperature of 11~21℃, creating a comfortable atmosphere. There are rare animals such as bats living in the tunnel, which makes this tunnel valuable for researchers as well. The stone pillars and stalactites are widely spread and the tunnels shows off the cave’s topographical features. "Stone Turtle" is especially eye-catching because it is shaped like Jeju-do Island.

・Closed : The first Wednesday of every month