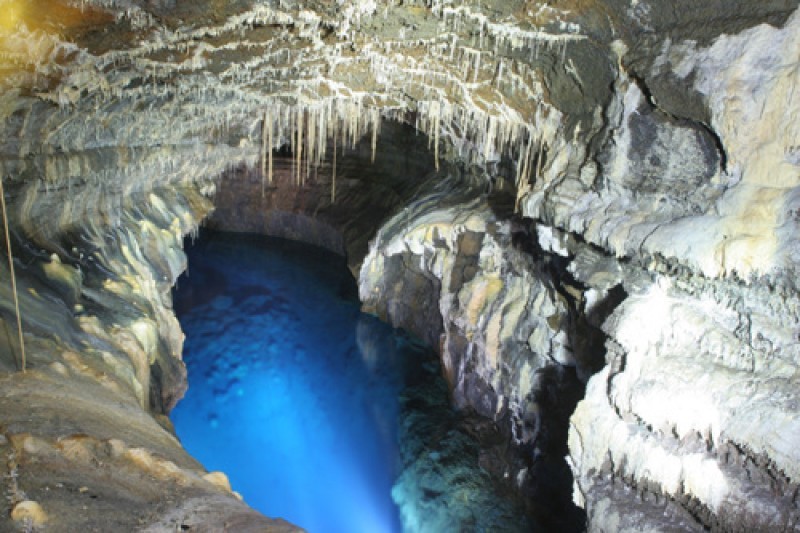 Yongcheondonggul Cave (용천동굴) is the most typical form of lava tunnel on Jeju Island and with a total length of approximately 2,470.8m it is one of the largest. It has a unique topology and rich limestone formations such as lava terrace, lava shelves, lava waterfalls, and 140m of lava rolls. In particular, a range of carbonate formations such as straw soda, stalactite, columns, flowstones, cave corals, aragonite crystals can be found inside this large cave that also contains a lake. This unique cave is astounding in terms of its geological value and beauty. There are also items that can be found throughout the cave that appear to have been brought in by people who lived on the island long ago, such as pieces of pottery, animal bones, ironware, charcoal and other substances.