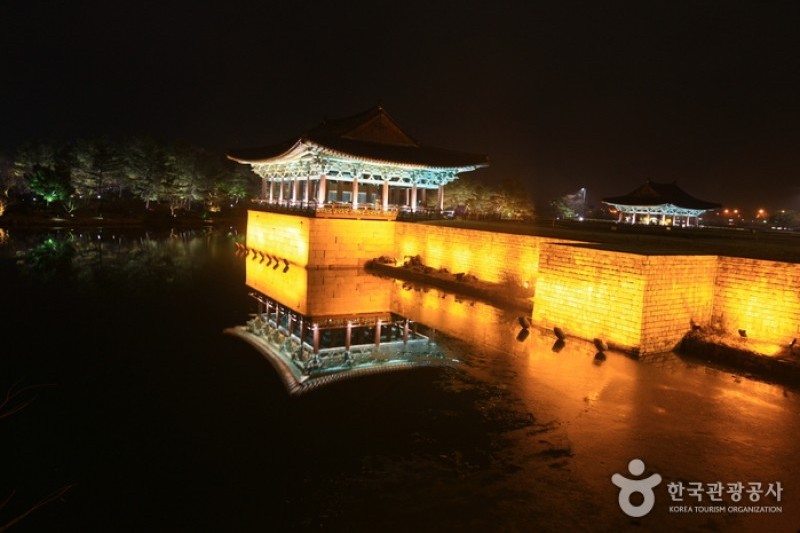 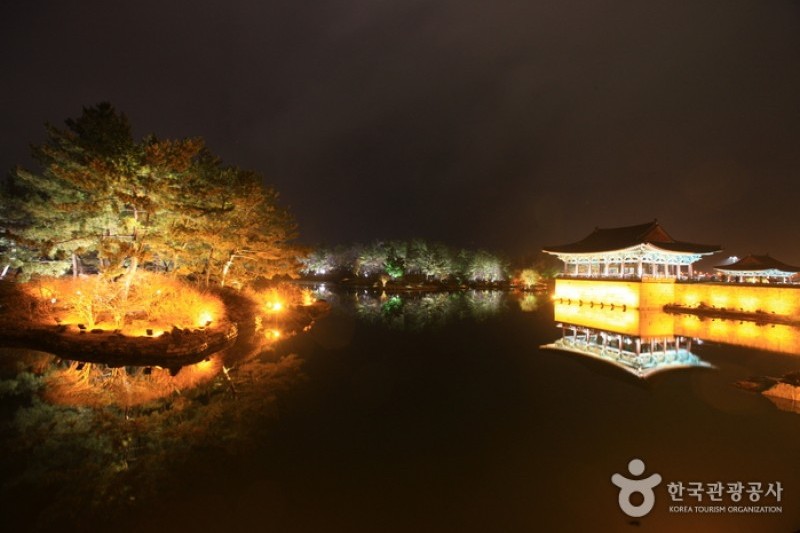 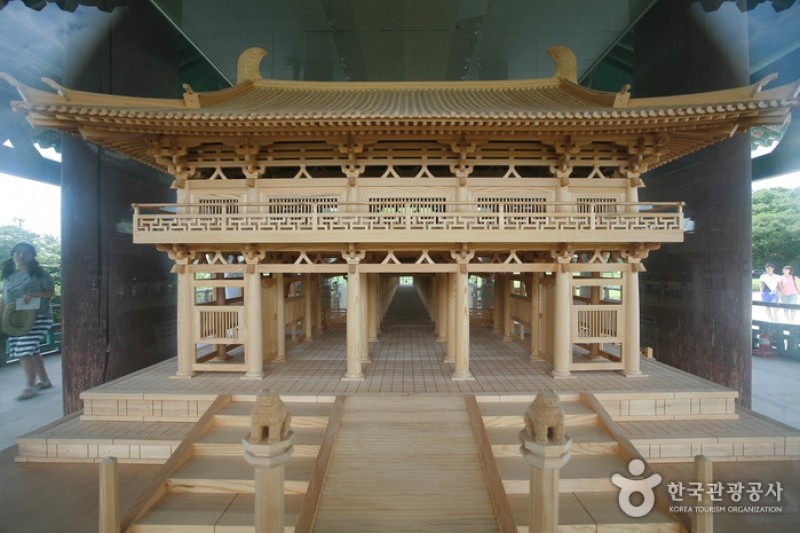 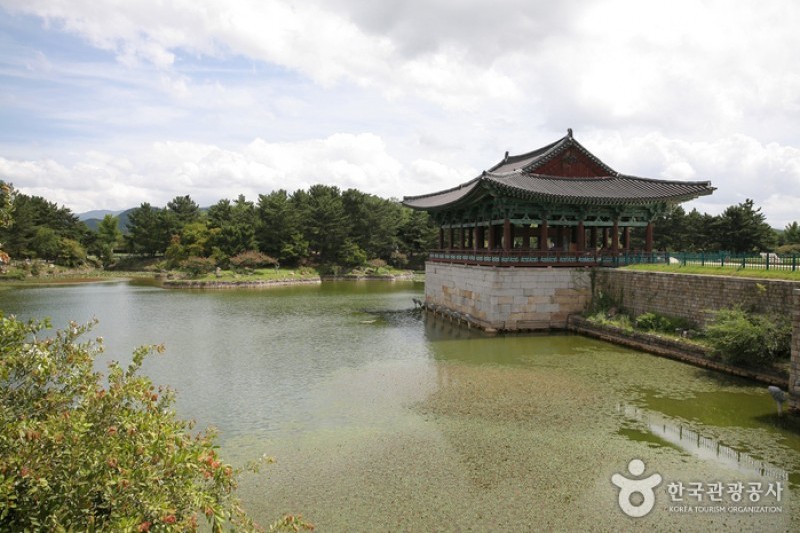 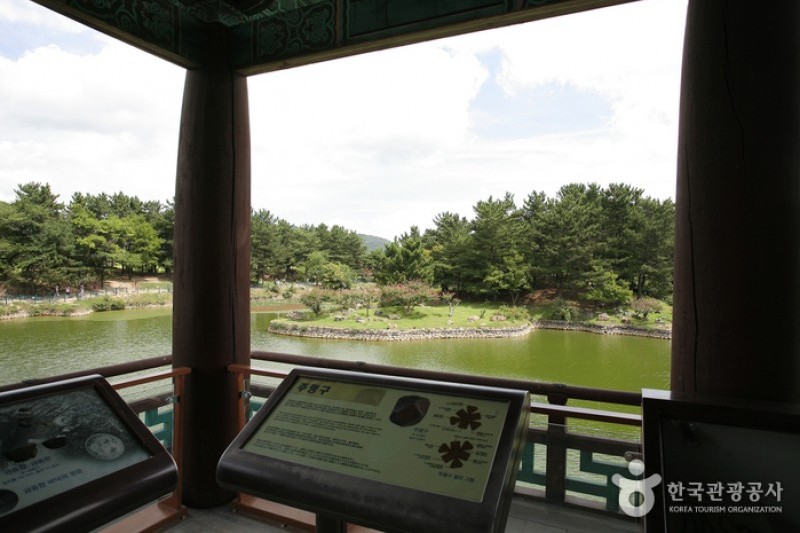 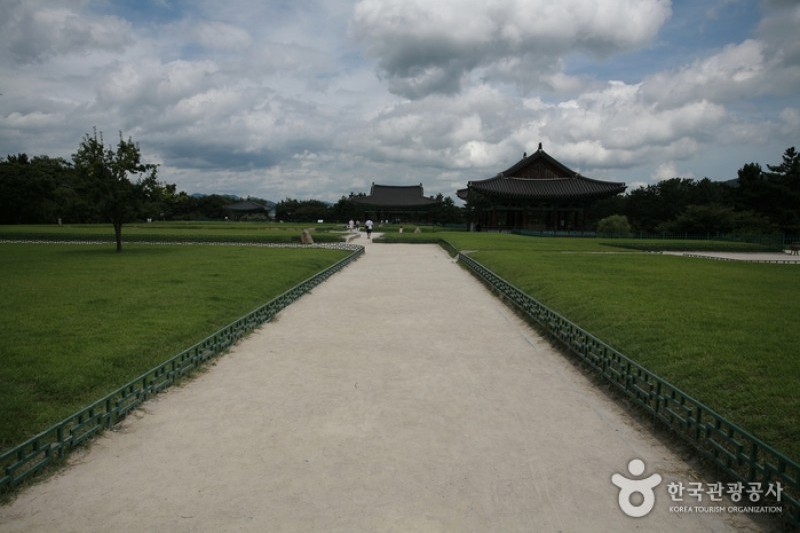 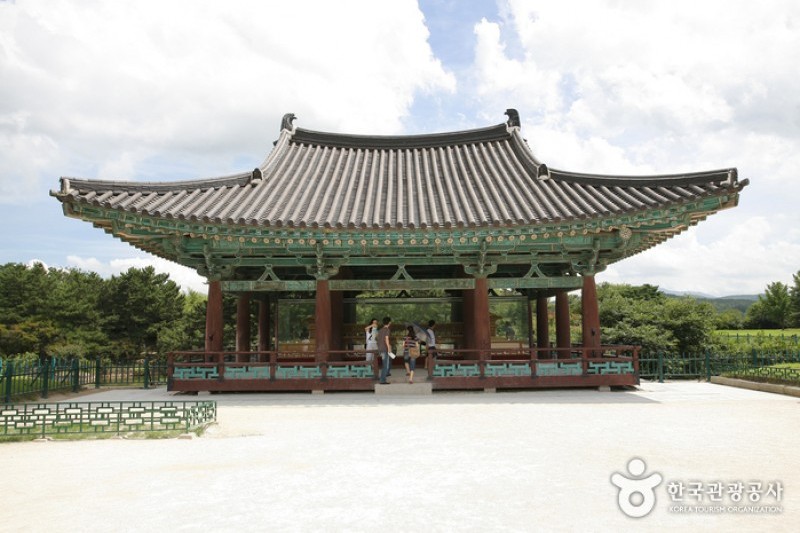 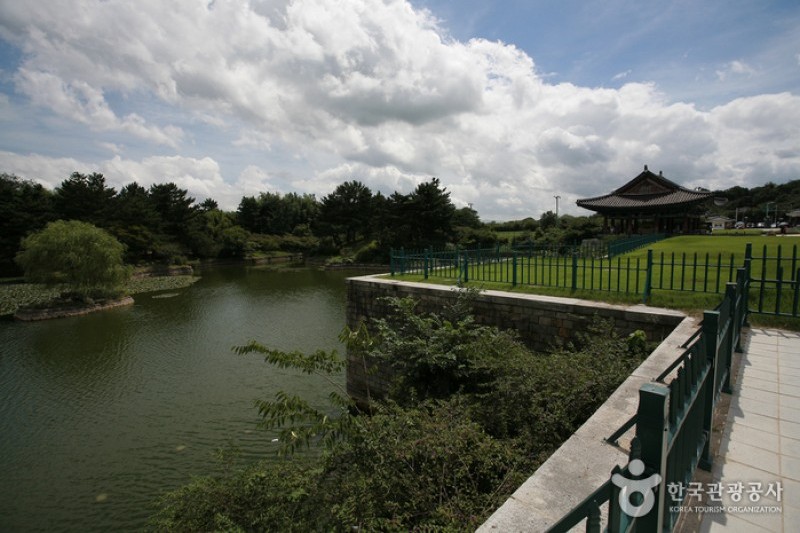 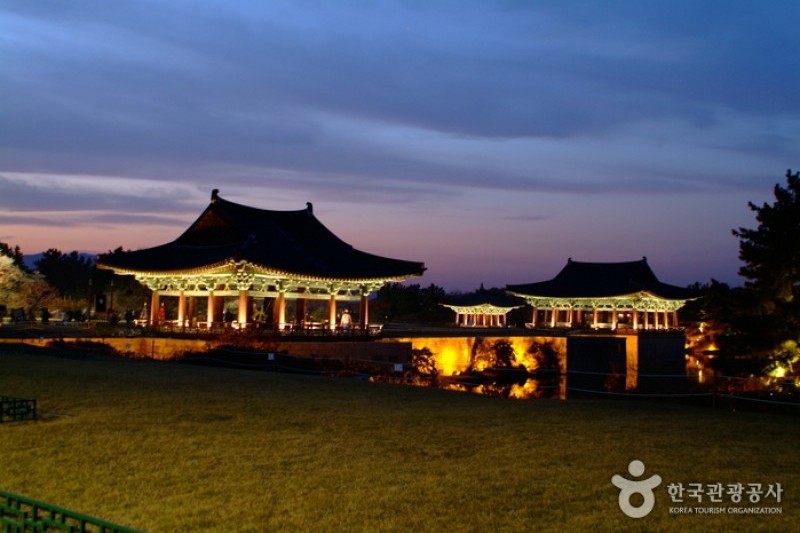 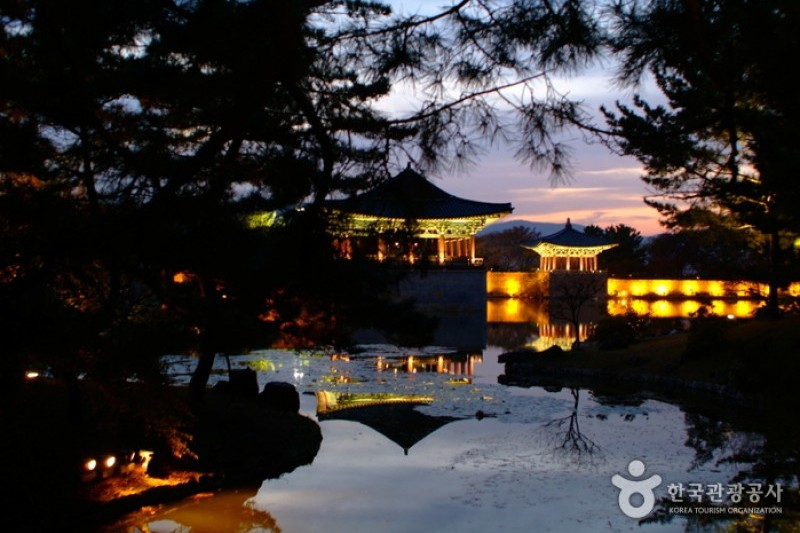 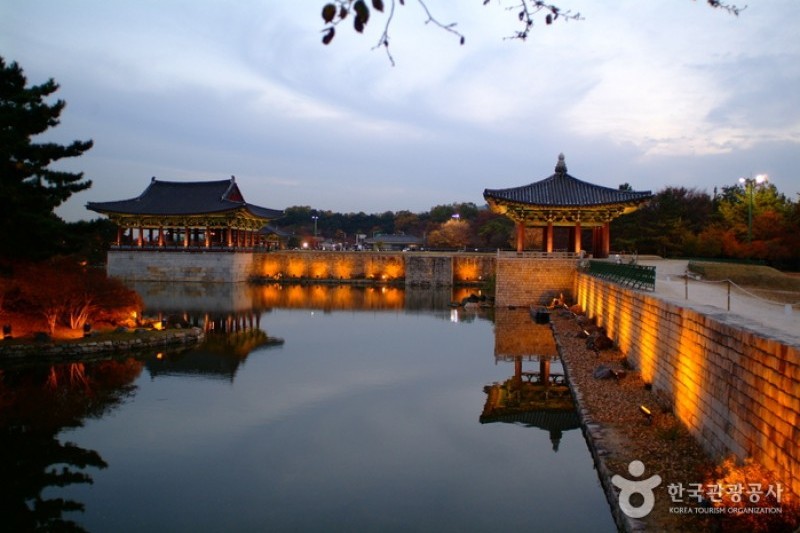 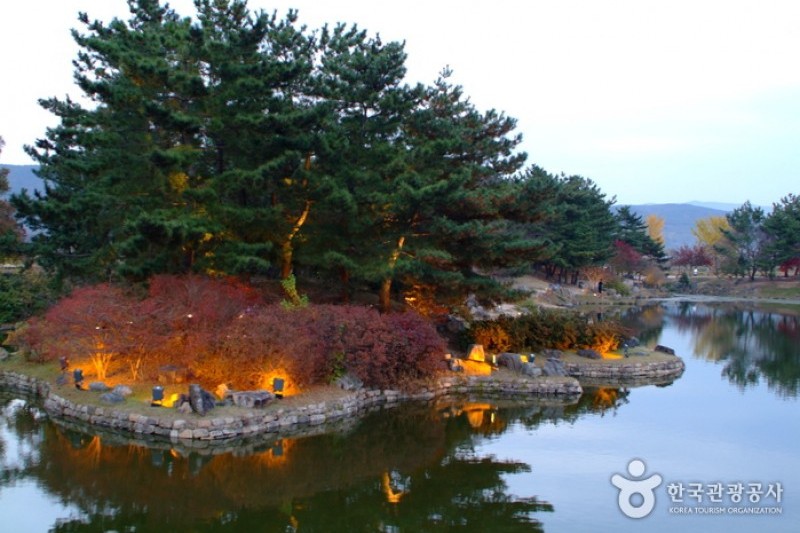 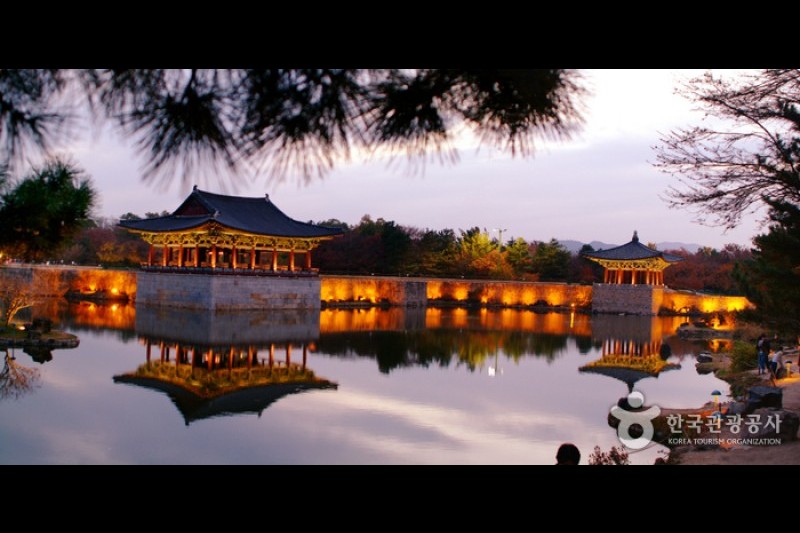 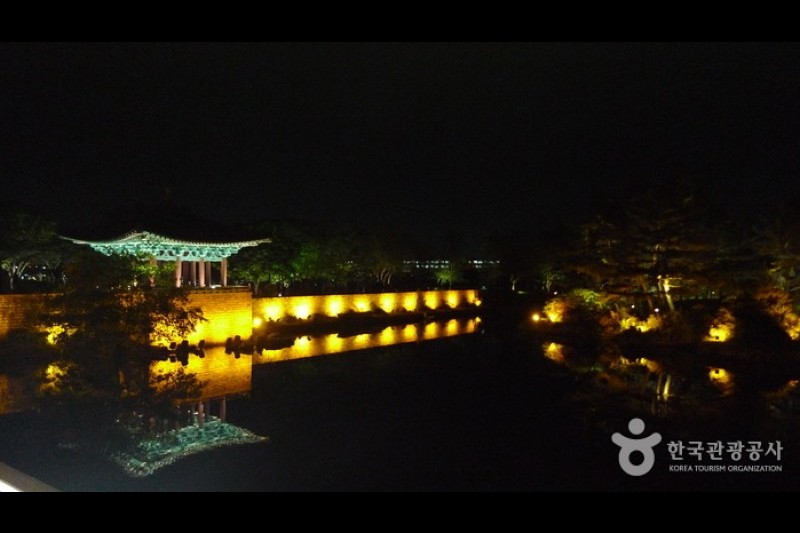 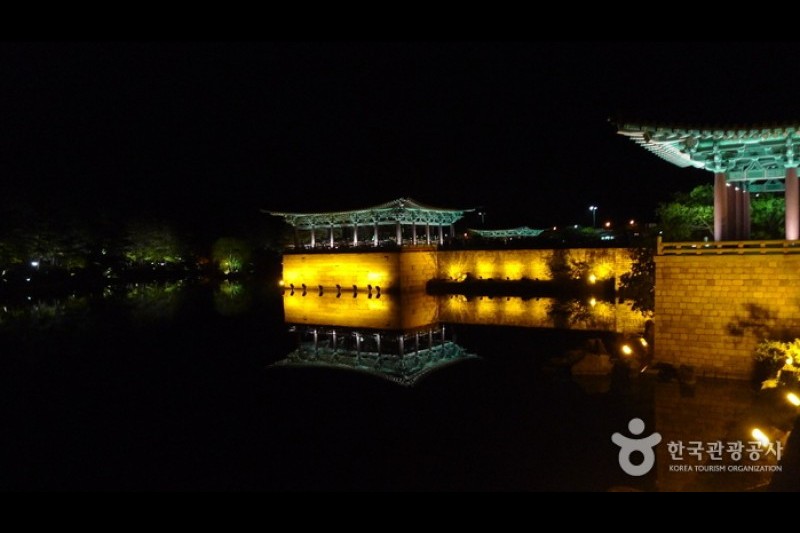 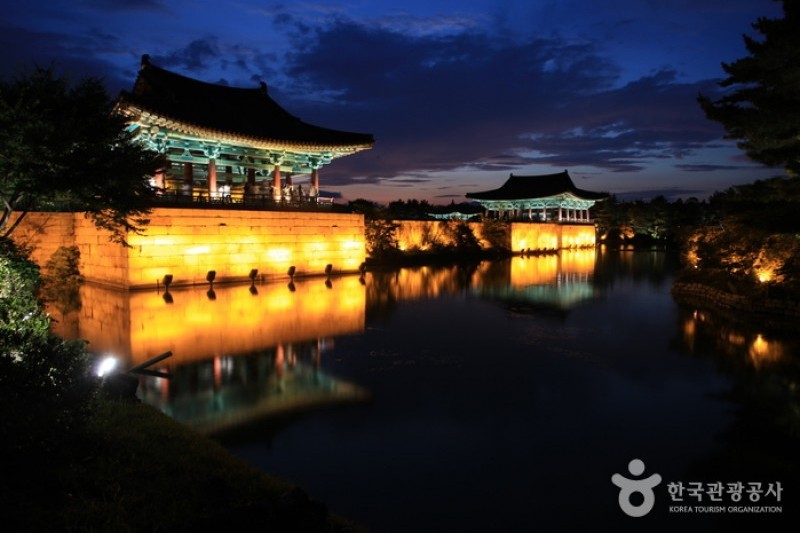 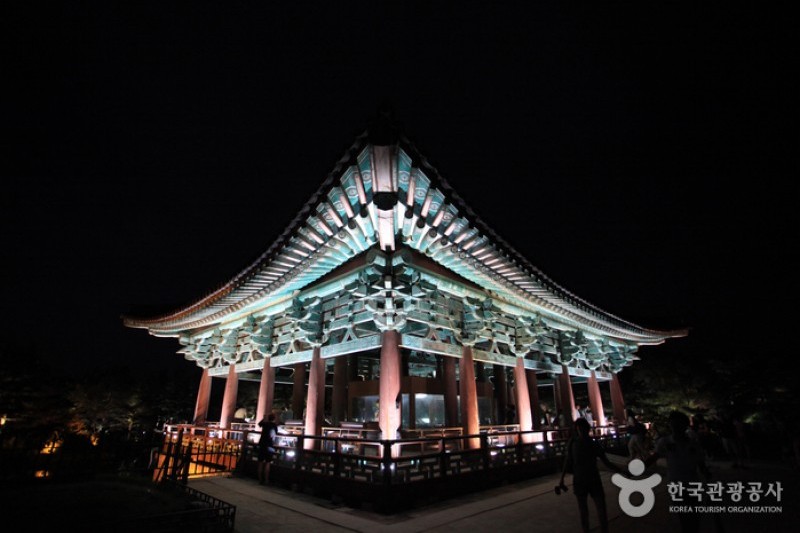 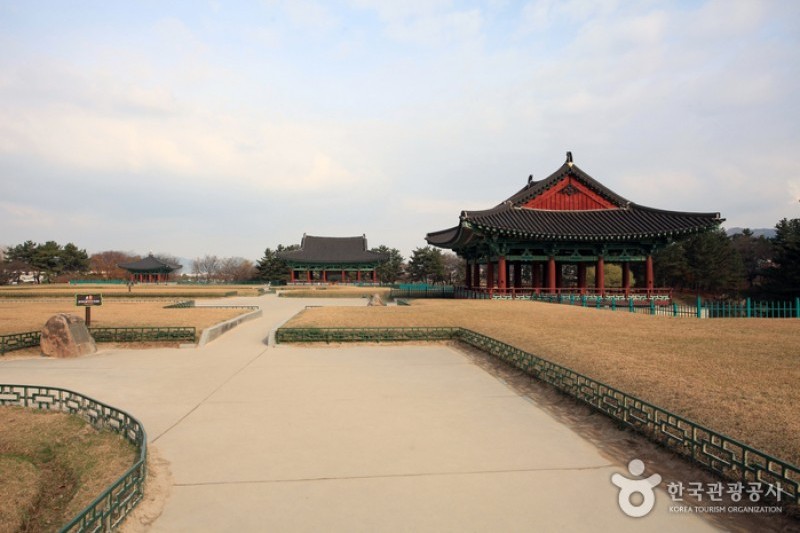 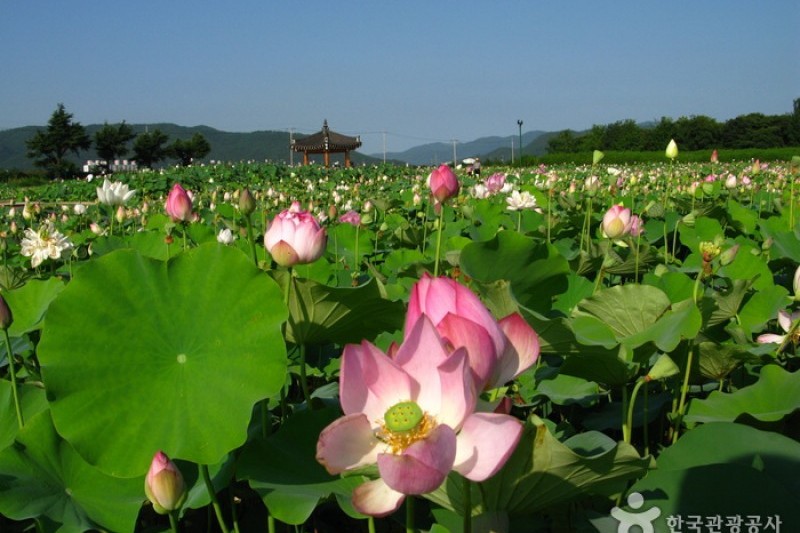 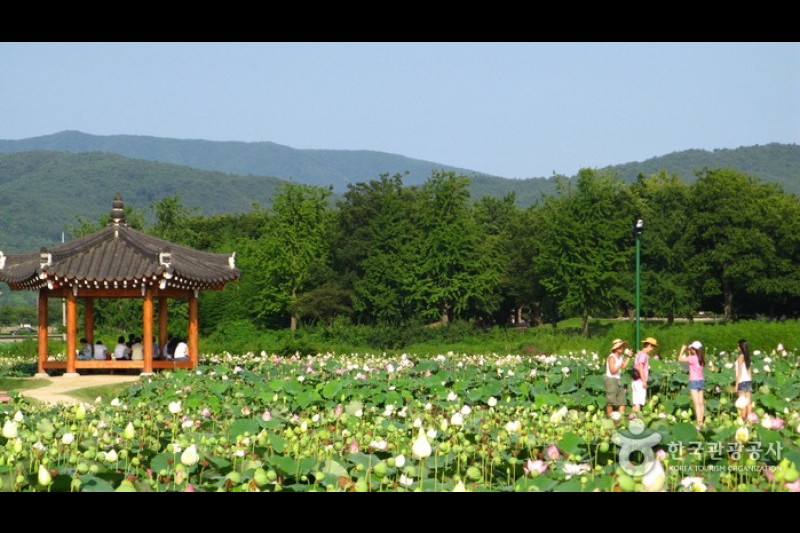 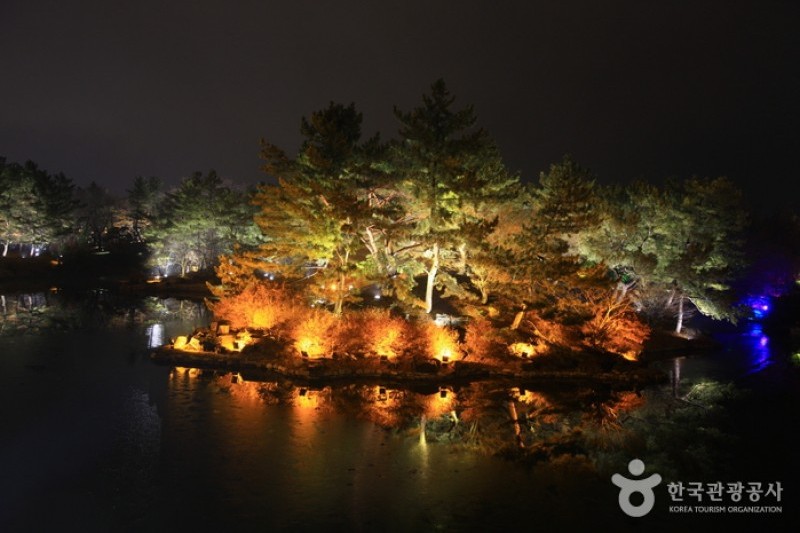 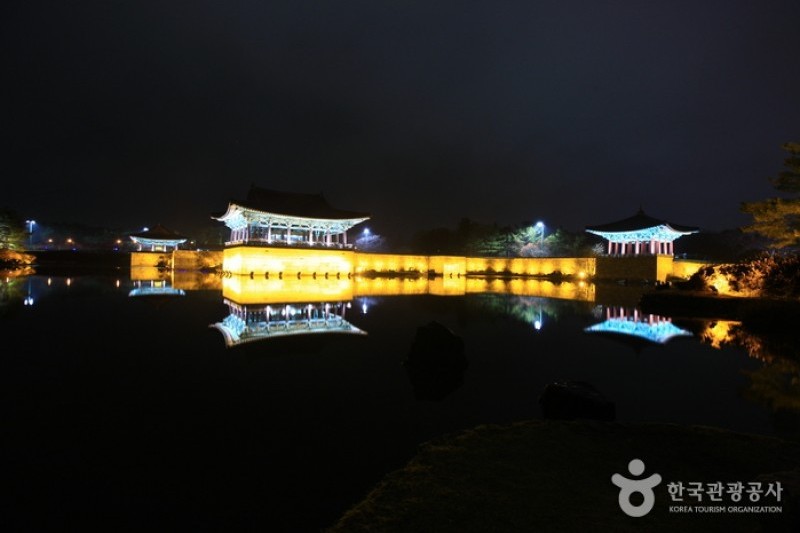 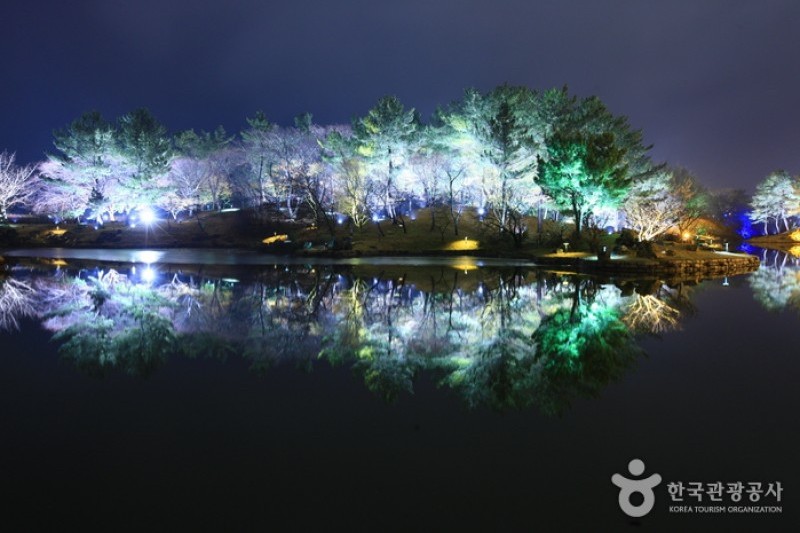 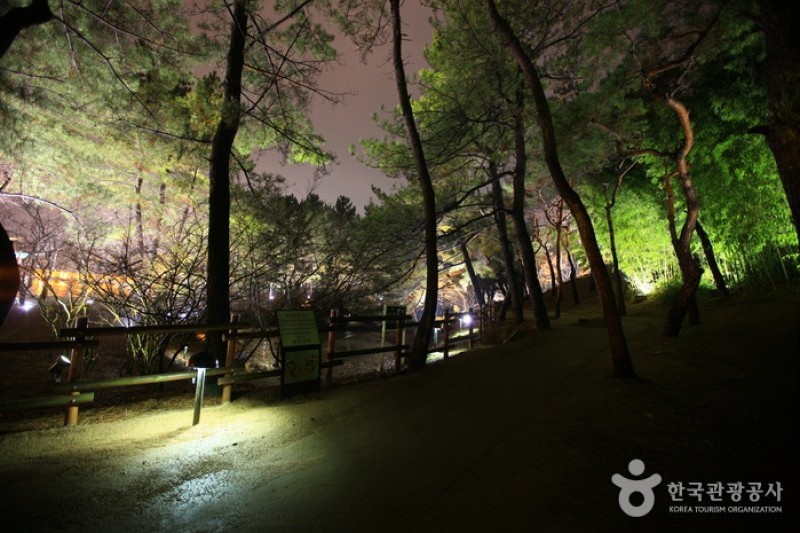 According to the historical records of Samguk-sagi, Wolji Pond was built during the 14th year of King Munmu (r. 661-681 AD) of the Silla Kingdom (57 BC-935 AD). Small mountains were created inside the palace walls, beautiful flowers were planted, and rare animals were brought in to create an exquisitely exotic garden fit for royalty. The pond was originally built in Wolseung Fortress (built in 101 AD during the Silla period), but the fortress was destroyed and now lies in ruins.

In 1974, an excavation project revealed large spherical shapes (measuring 200 meters in diameter and 180 meters in x_height) which indicated that 3 islands had been located in the pond. Thanks to these important findings and existing historical records, Wolji Pond has been restored to nearly its former glory.

Imhaejeonji
As one of the detached palaces of the Silla royal family’s main palace, this structure was used as the crown prince’s palace. Imhaejeon is historically the most important building on the property and records often refer to the whole area as ‘Imhaejin.’

An excavation resulted in the discovery of several buildings: Hoerang (corridor area) and five towers in the western part of the area. Some sites have been restored while others have been left in their natural state with only the cornerstones poking out from beneath the ground.

* Note
- Ticket can be purchased at Donggung Palace & Wolji Pond, Poseokjeongji Pavilion Site, Oreung Royal Tomb, Tomb of Kim Yu-sin and Tomb of King Muyeol.
- The ticket remains valid for 3 days after purchase. (Non-refundable after first use.)
- A single ticket can be used for group visitors.

From Gyeongju Intercity Bus Terminal or Gyeongju Station, take bus 600.
(Bus stop: across the street from the bus terminal / Across the street on the left-hand side from the train station).
- Get off at Anapji Entrance Bus Stop.