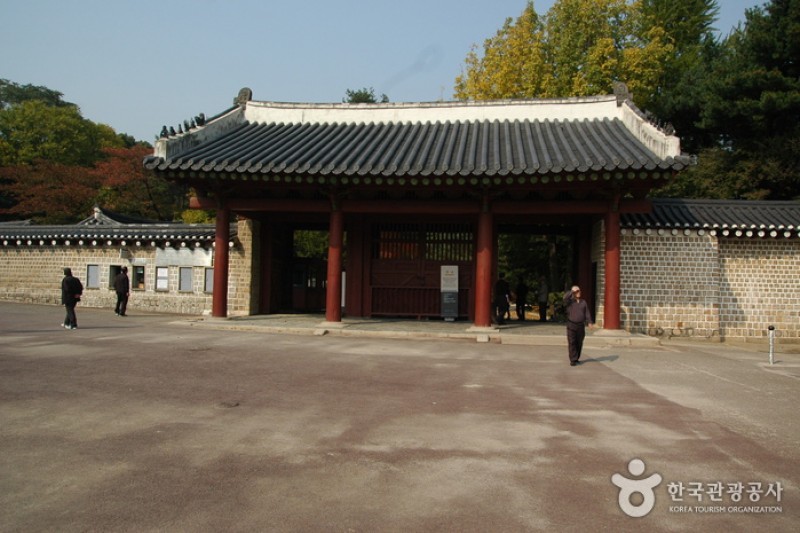 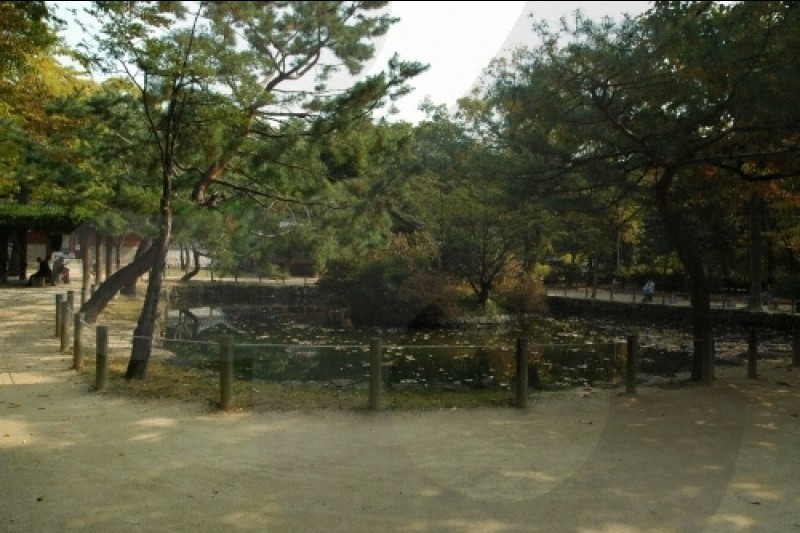 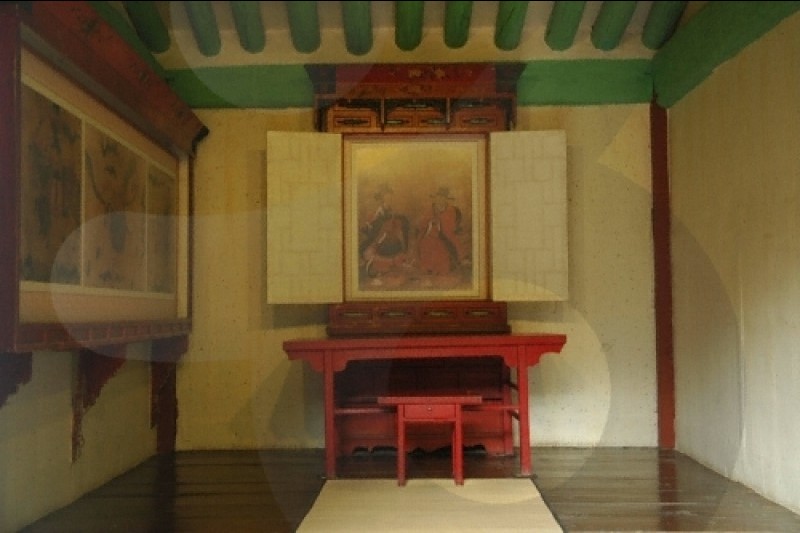 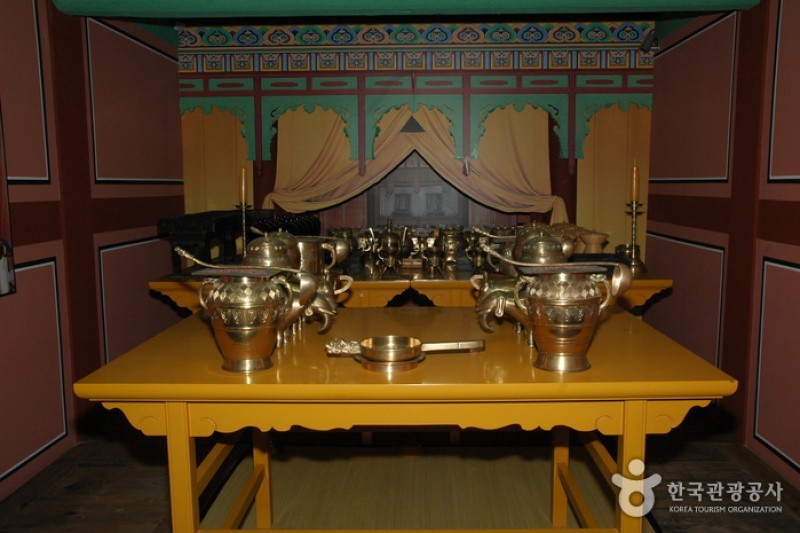 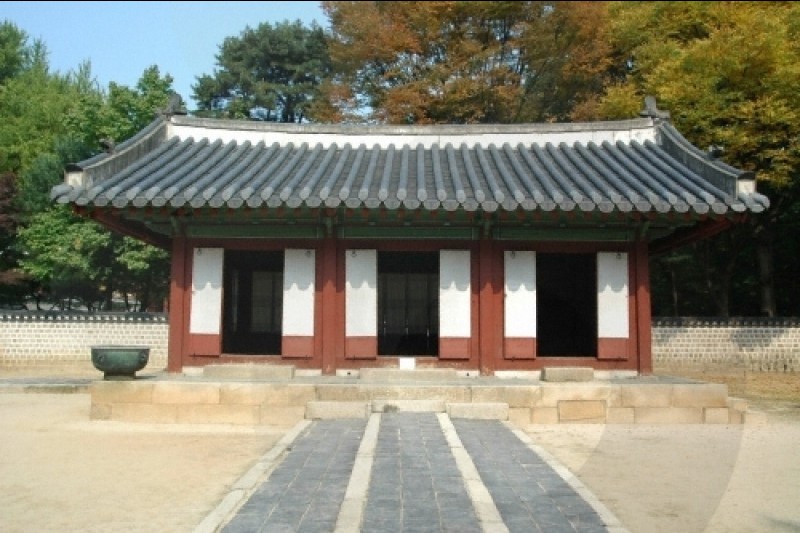 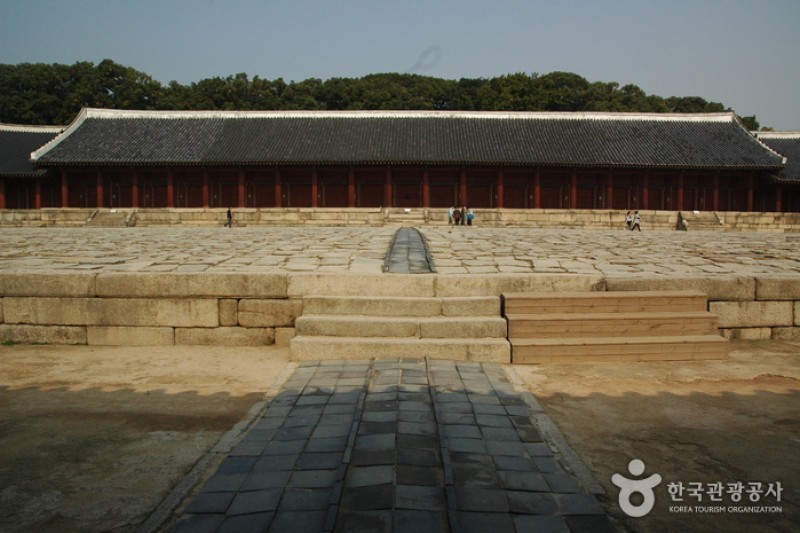 Jongmyo Shrine was a primary place of worship for kings throughout Joseon Dynasty. The memorial service, called Jongmyo Jaerye, is said to be the oldest complete ceremony in the world, and was carried out in obedience to the king’s order. The ceremony was designated as a UNESCO World Cultural Heritage site in December 9, 1995, for its well-preserved ancient customs, such as memorial services and traditional music, which is Important Intangible Cultural Asset No.56.

During the Joseon Dynasty, it was held when the season changes and the twelfth month of the lunar year, but was stopped during the Japanese colonial period. Now, it is annually reenacted on the first Sunday of May. Jongmyo Jaeryeak, the musical part of the ceremony, is produced by instruments, songs, and dances that originated over 500 years ago. In May, the Korean Royal Palace Culture Festival is to be held with a variety of other cultural heritage festivals.

* Visitors who are sightseeing royal tombs of the Joseon Dynasty
on the last Wednesday of each month./ (Culture Day) from January 29, 2014.
* Infants (ages 6 & below) and seniors (ages 65 & over) upon presenting a proof of personal identification.
* Visitors wearing Hanbok.
* State or National guests and their entourages.

Integrated Ticket of Palaces
- Four Palaces
((Changdeokgung (including Huwon, Secret Garden), Changgyeonggung, Deoksugung, Gyeongbokgung Palace)) and Jongmyo Shrine
- Ticket costs KRW 10,000, and must be used within one month of purchase.
- Refunds are no longer possible after one site has been visited.


Facilities for the Handicapped

>> Click here to register for a guided tour
* Korean nationals may join a foreign language guided tour when accompanying international visitors.
* Guided tours 17:00 (Korean) and 16:40 (Japanese) are only offered from March to September.