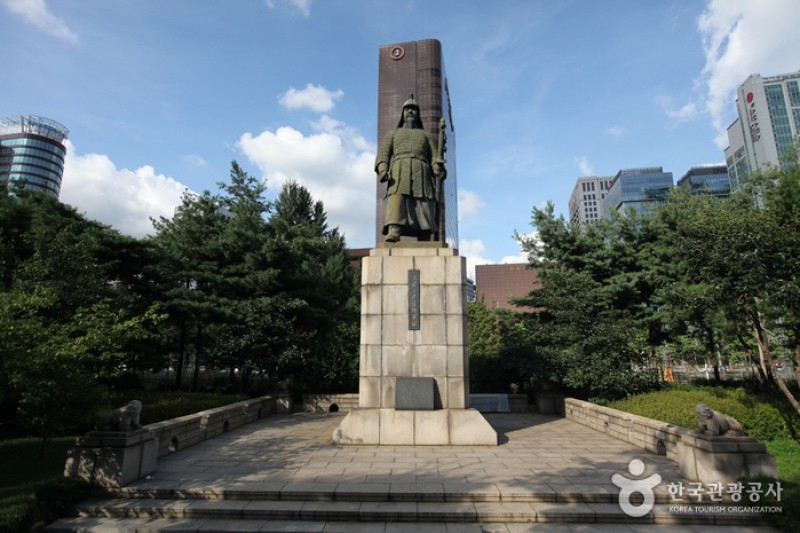 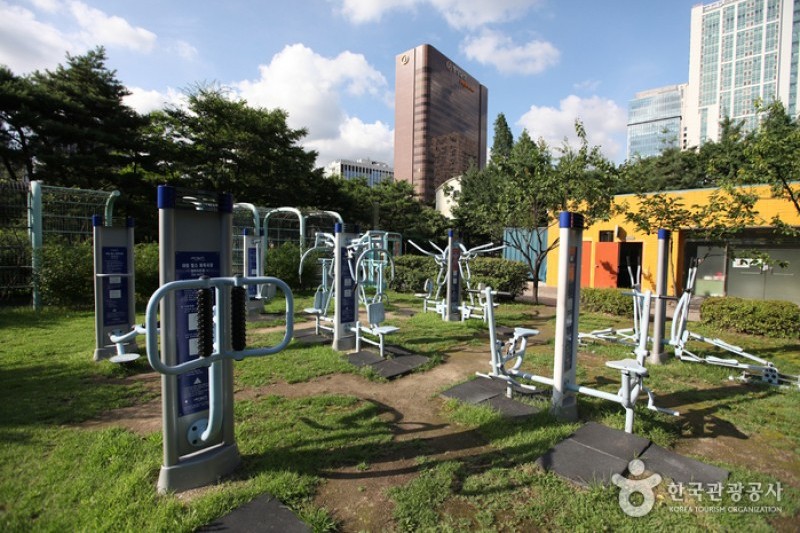 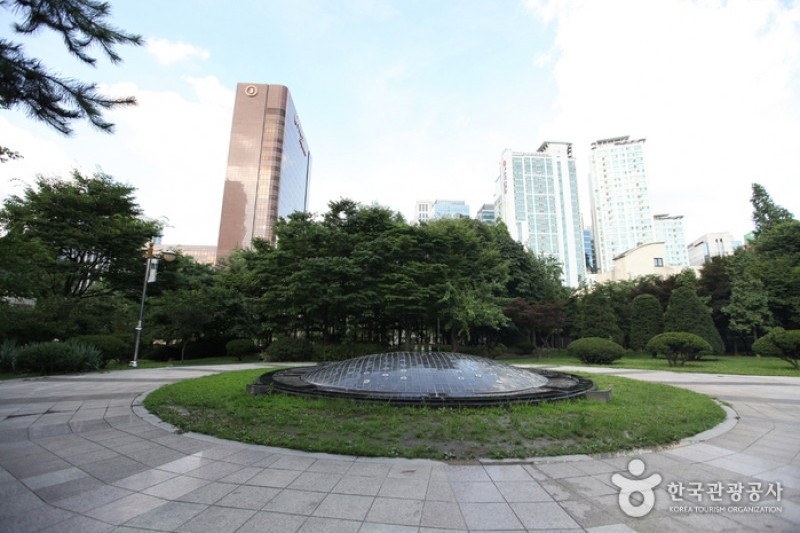 The Seosomun Gate area, which is located outside Seomun Gate, is regarded as a sacred place for many Korean Catholics. During the 19th century, the church suffered persecution for introducing Catholicism in the country. A series of persecutions followed over the years, notably the Sinyu Persecution in 1801 and the Byeongbin Persecution in 1866.

The memorial tower in the center of the park is for the 44 martyrs who died for their Catholic faith during the persecution. It was originally established in December 1984 and rebuilt on May 15, 1999. The tower consists of three granite pillars: the middle one is 15 meters high while the two pillars on both sides are each 13 meters high.

Filming site of 'One Warm Word'

Seoul Station (Seoul Subway Line 1), Exit 2.
Go straight until you reach the intersection in front of Seonmi Jangsik.
Cross the street and the park will be within sight.