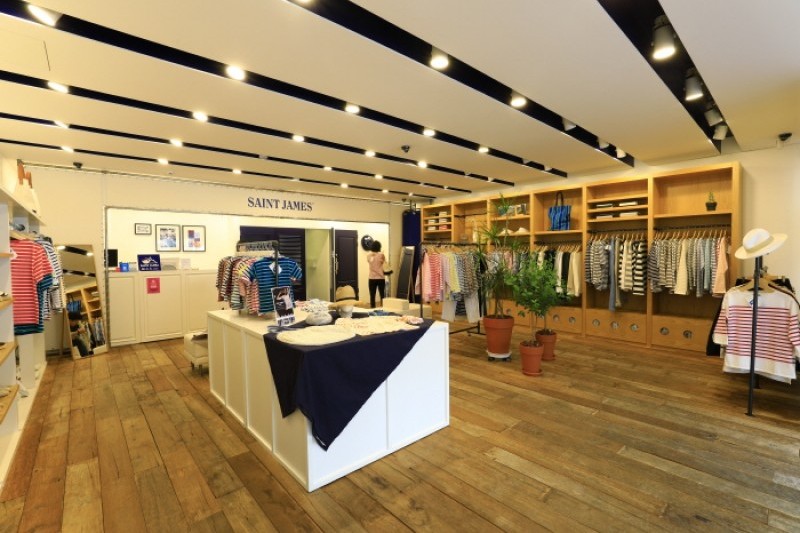 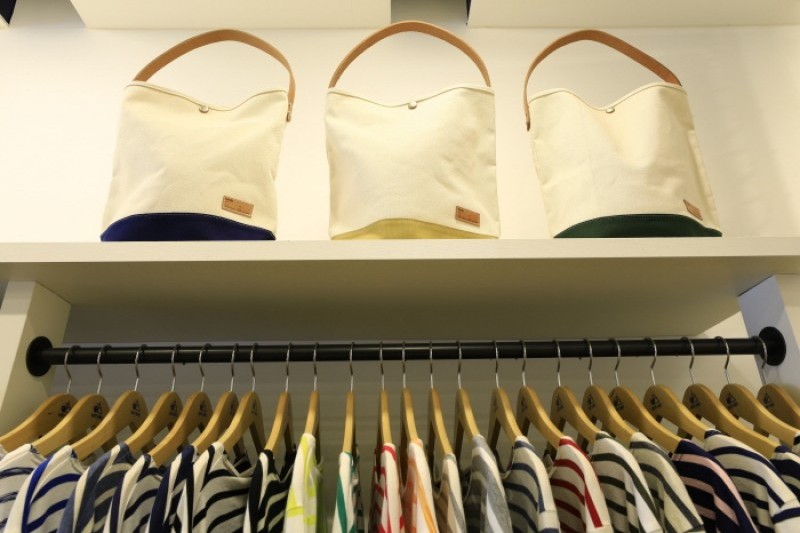 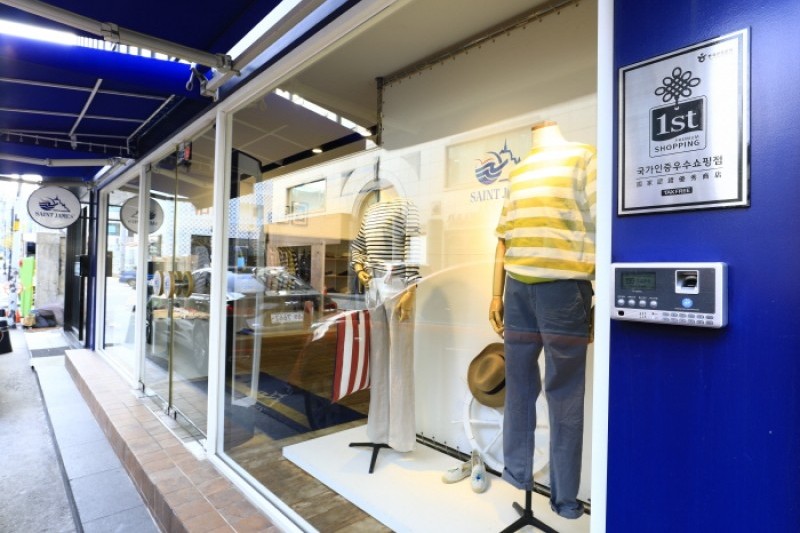 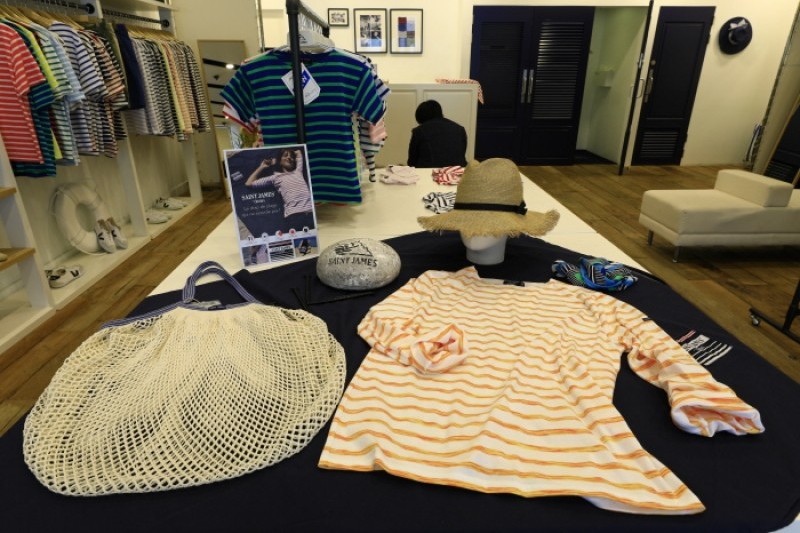 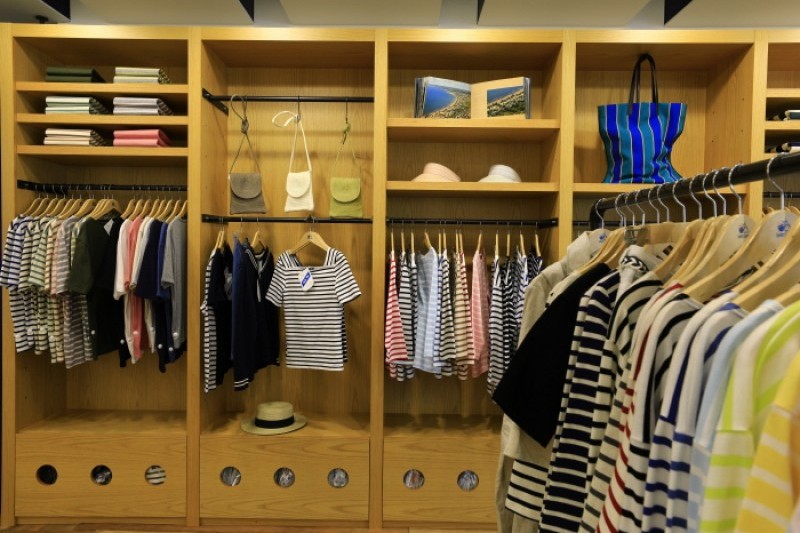 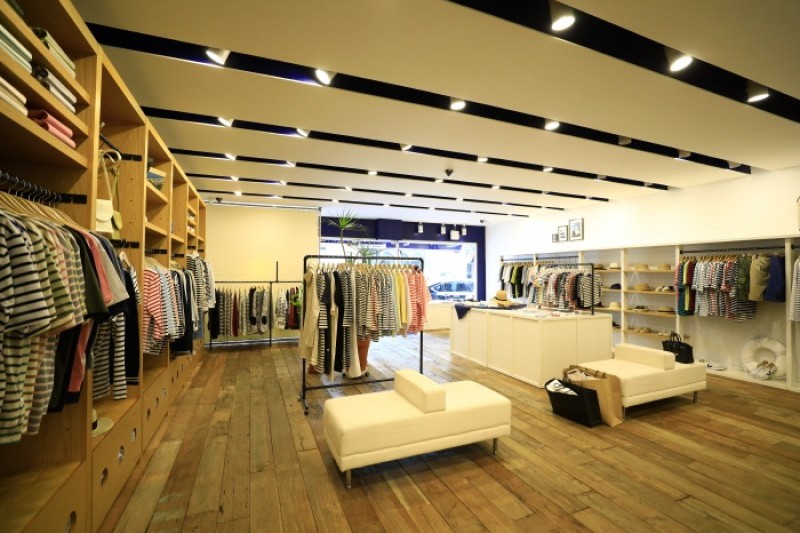 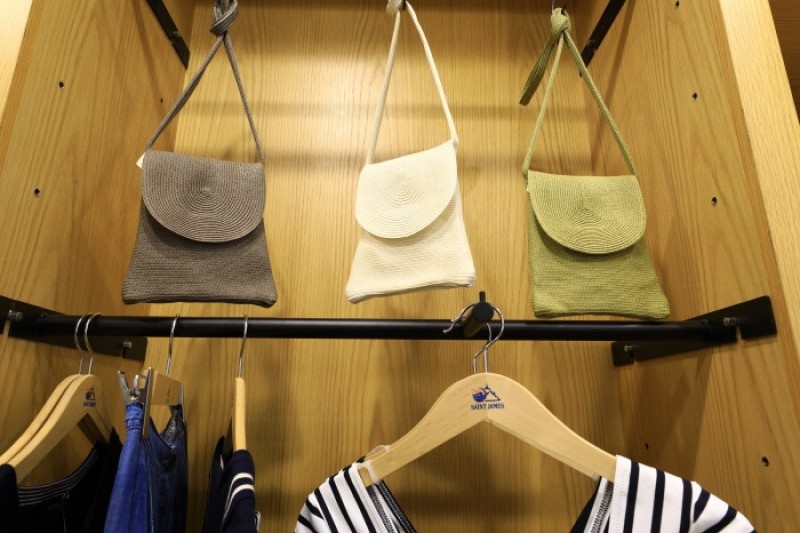 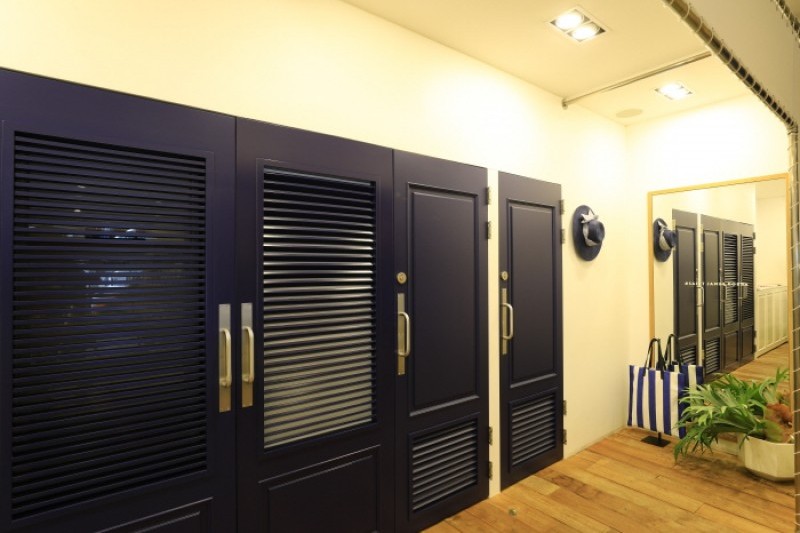 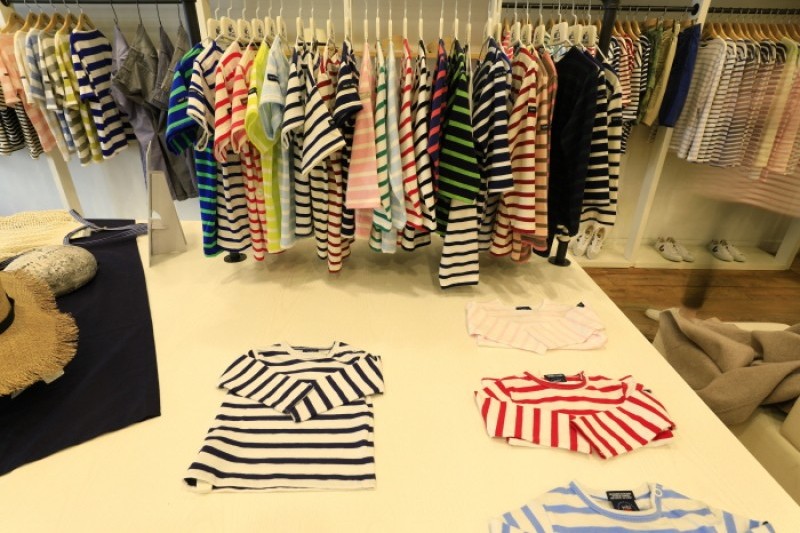 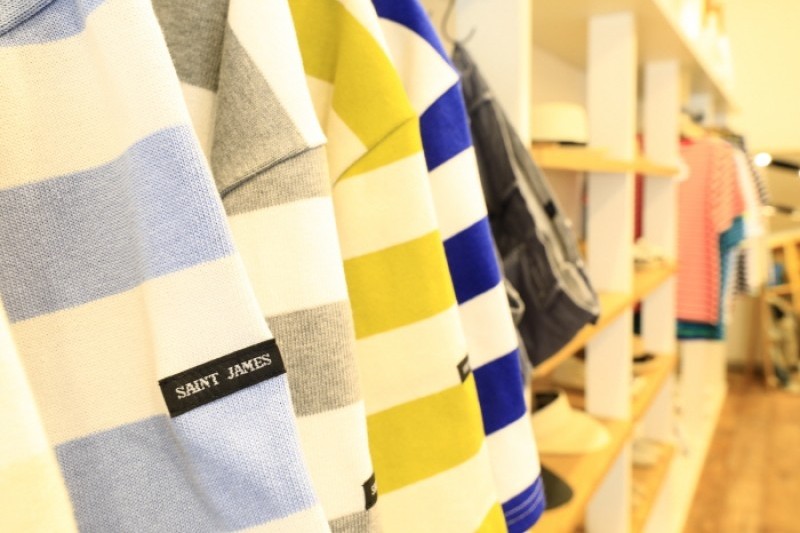 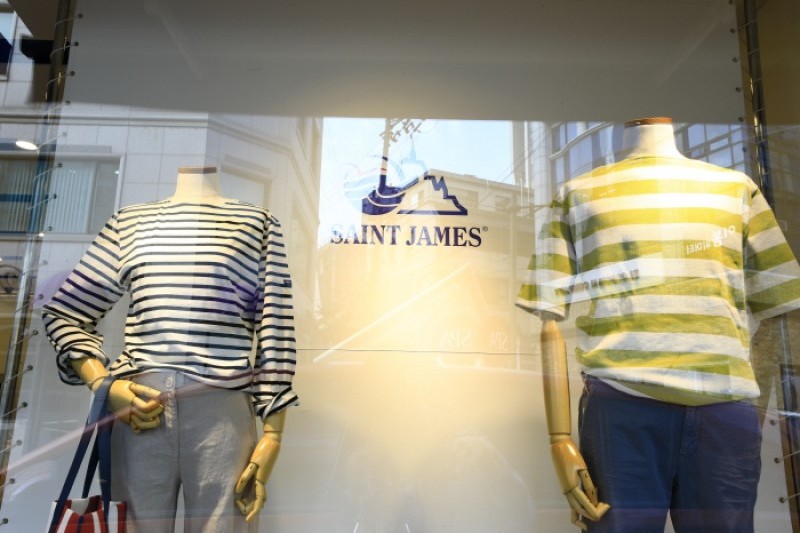 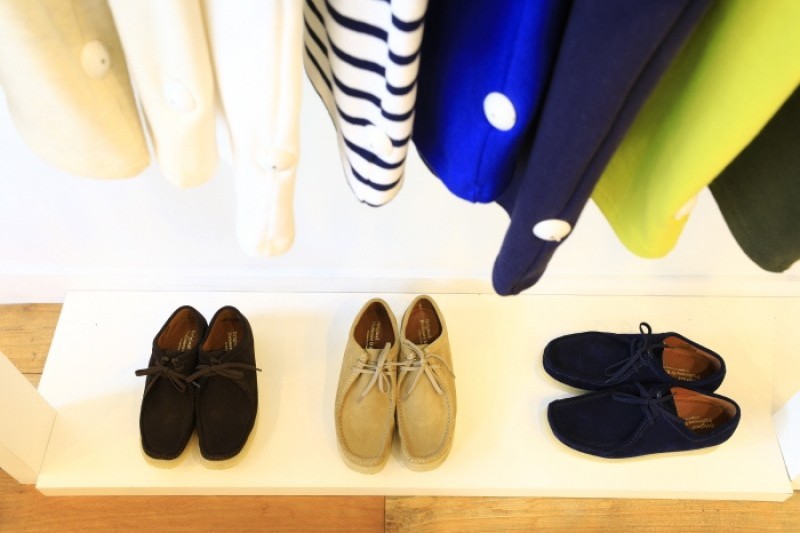 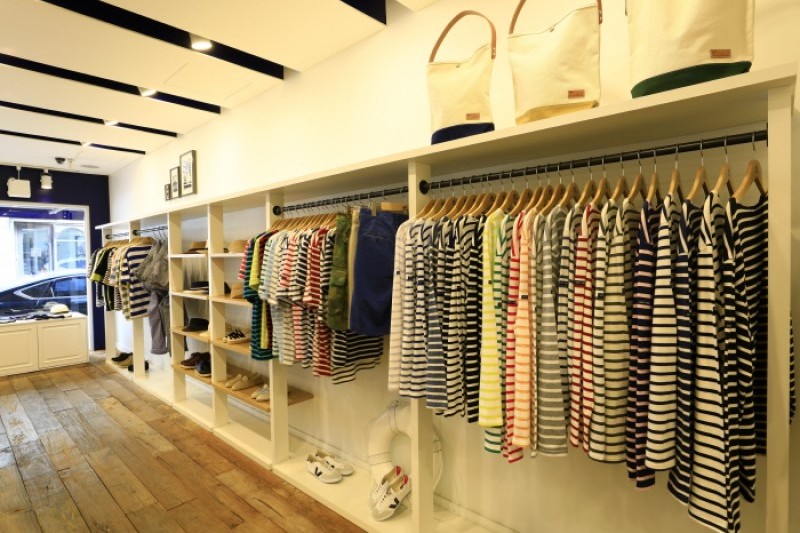 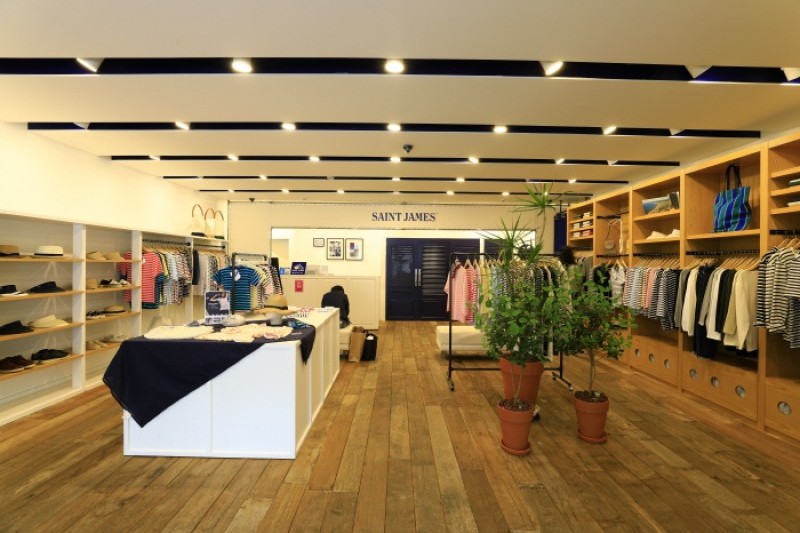 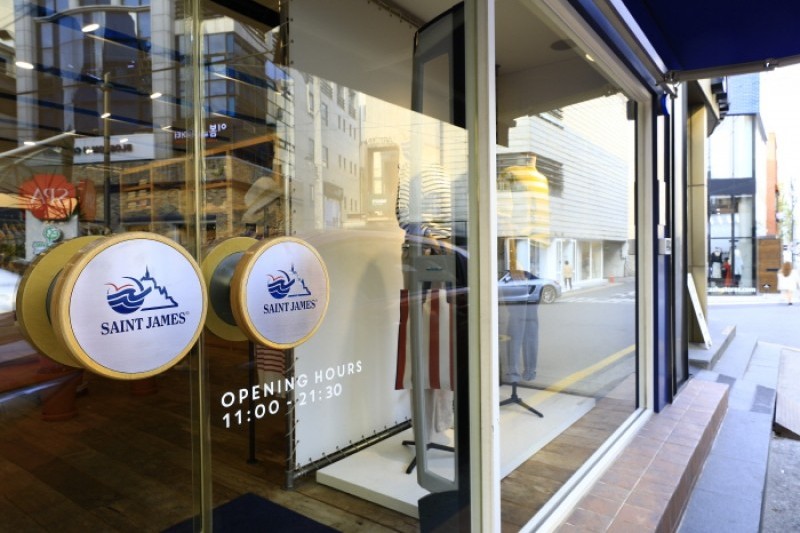 Saint James Boutique Seoul opened in November 2013 in the area near Garosugil in Gangnam-gu. Decorated with wood, the interior highlights two key colors -- blue and white -- to harmonize the brand's style with the surrounding atmosphere in Garosugil. The spacious, square-shaped store consists of wall and central displays, sofas for rest, and changing rooms and sells women's and men's wear, children's clothing, and accessories including bags, accessories, hats, and shoes. Along with products from Saint James (France), the store sells imported brands like Buddy (Japan), Veja (France), Soludos (U.S.A.), Bronte (Netherlands), Padmore & Barnes (Ireland), and Infielder Design (Japan). The single-story store comes with an entrance and an exit on both sides, making it easy and convenient for shopping even during busy hours.
The brand started in 1889 at a French village near Mount Saint-Michel in Normandy. In the early days, the store specialized in sailor’s outfits — or the “marine look” — and gradually expanded as the French look gained popularity around the world.