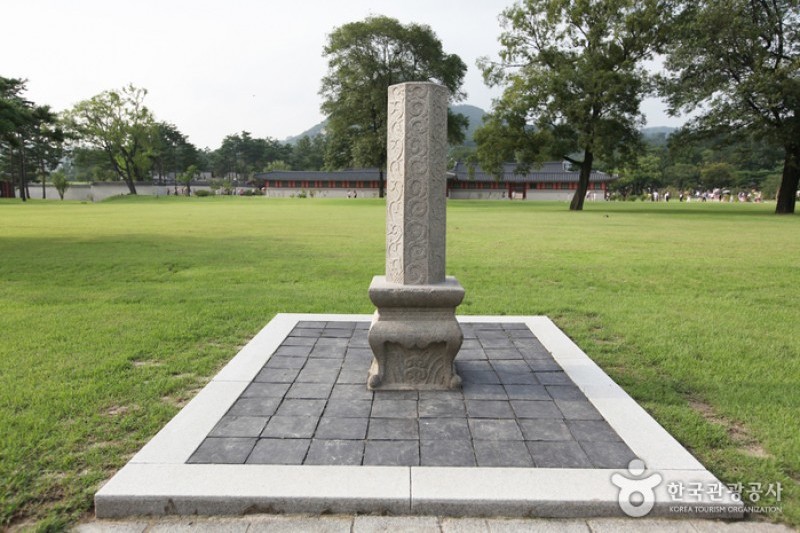 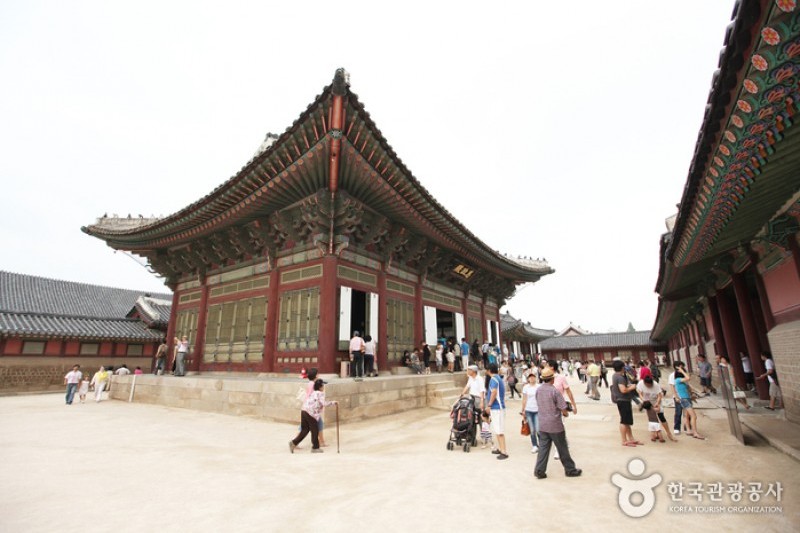 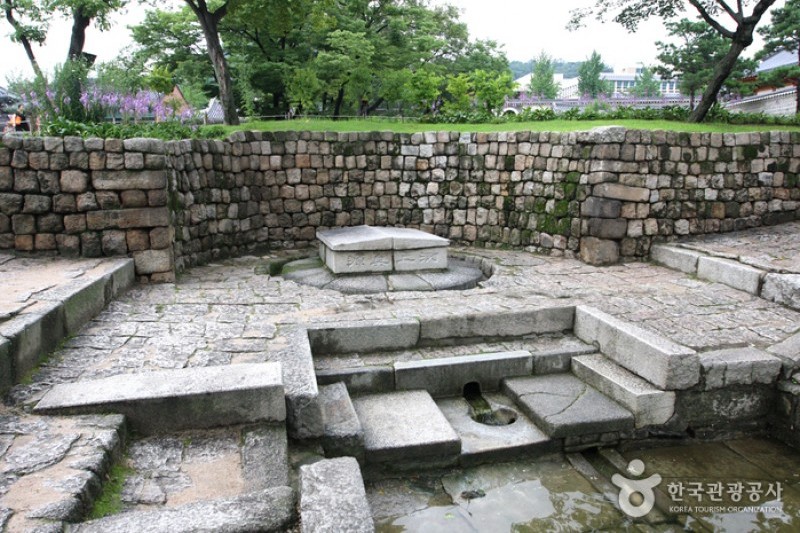 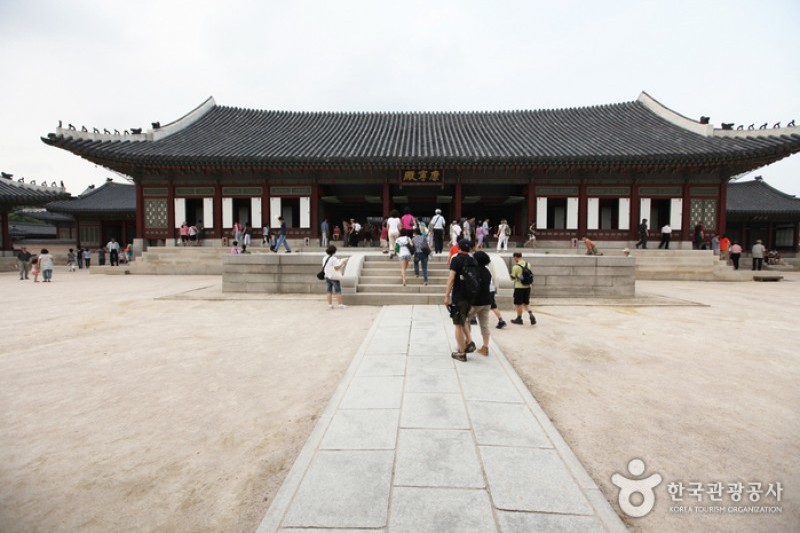 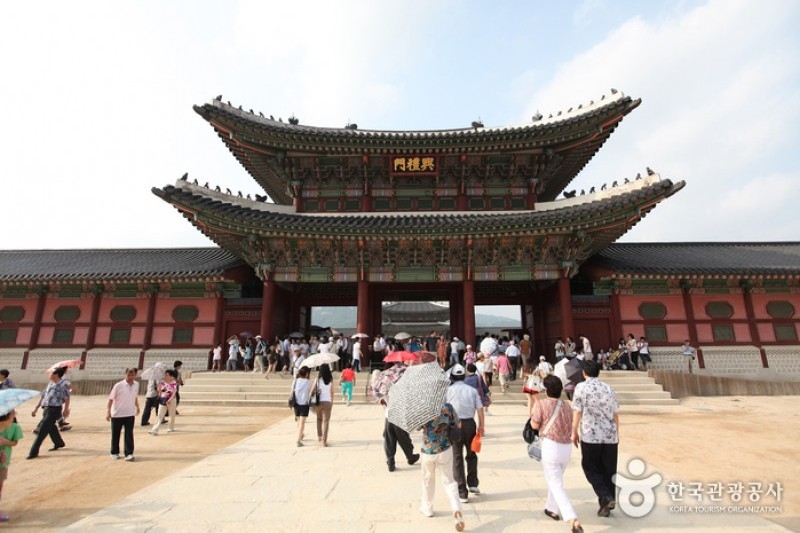 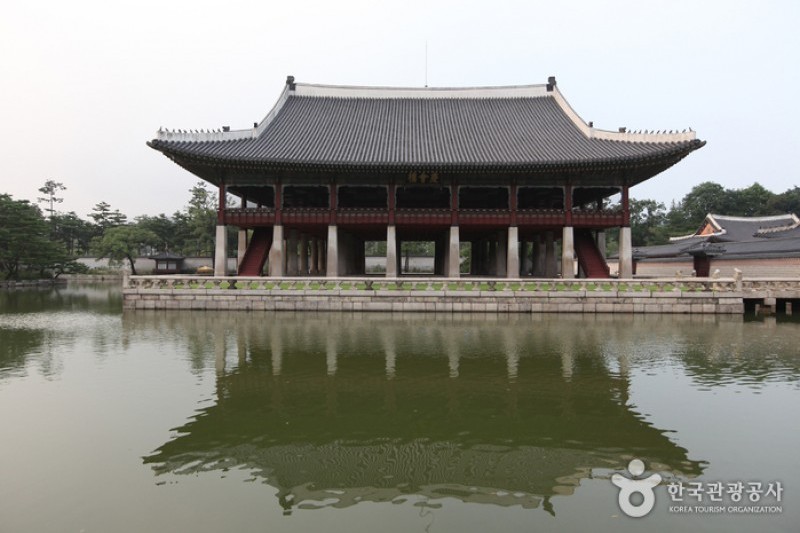 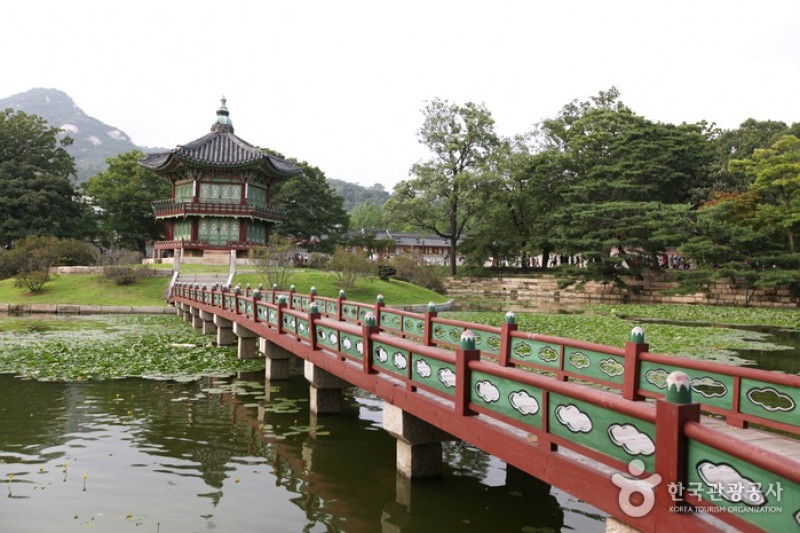 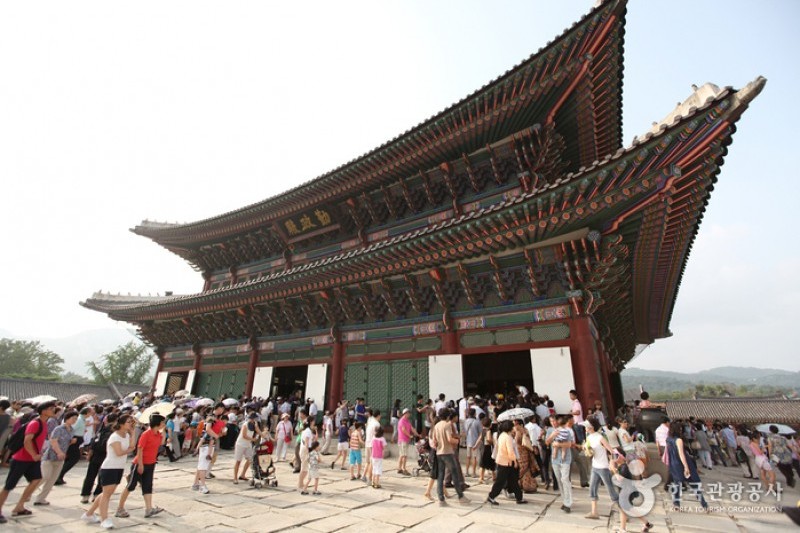 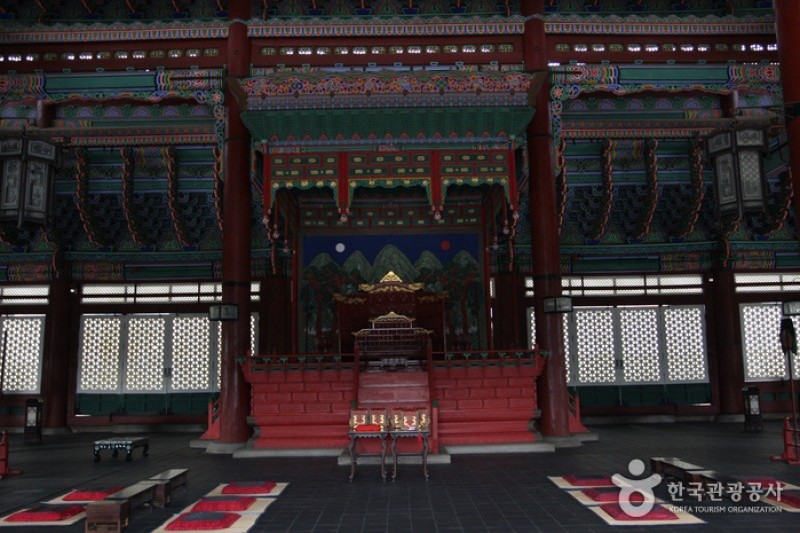 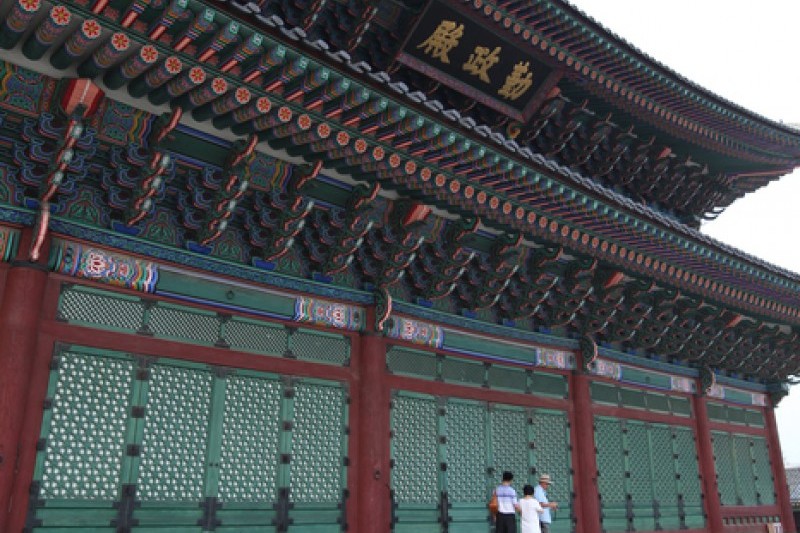 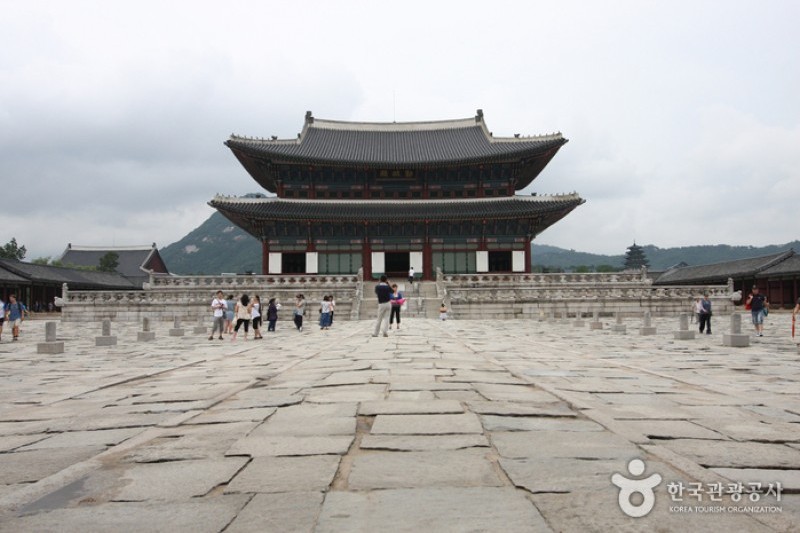 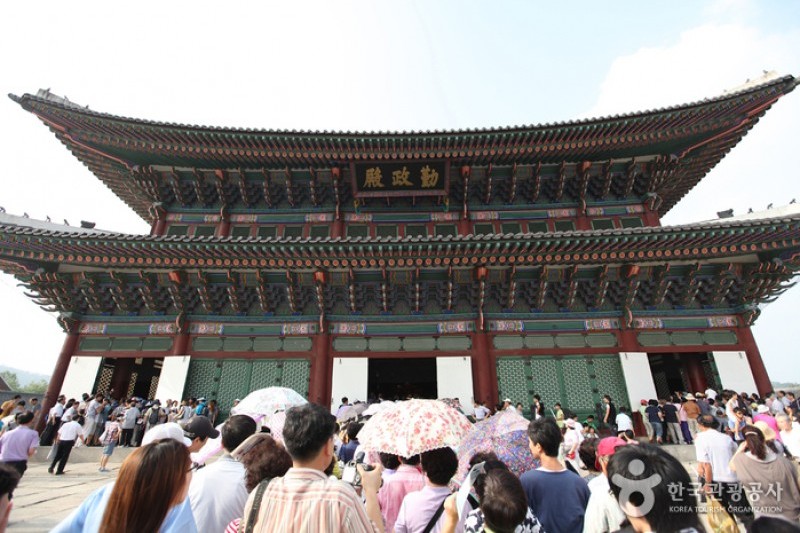 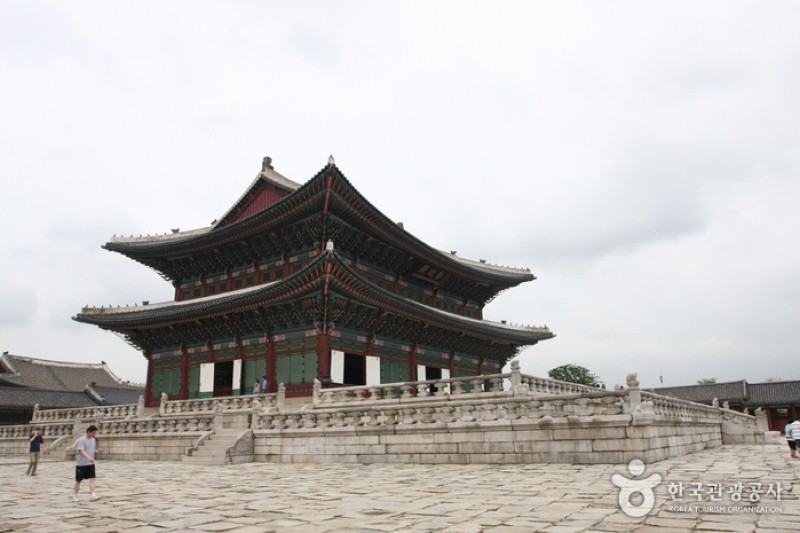 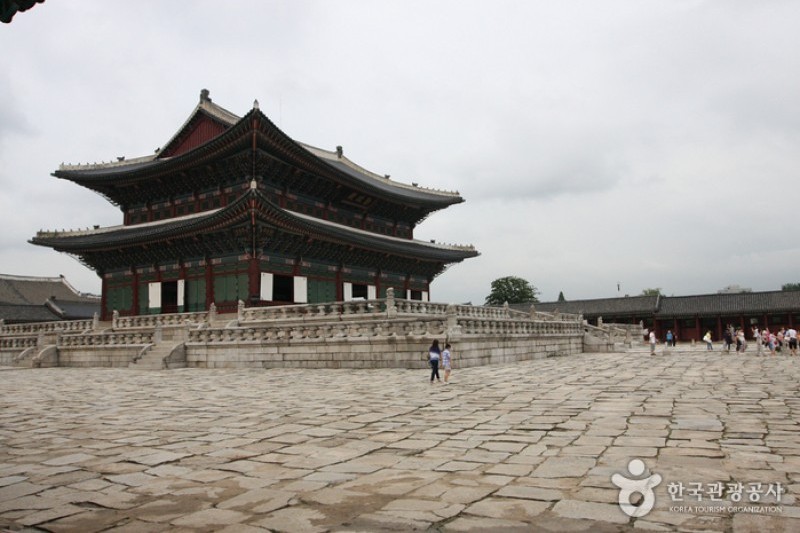 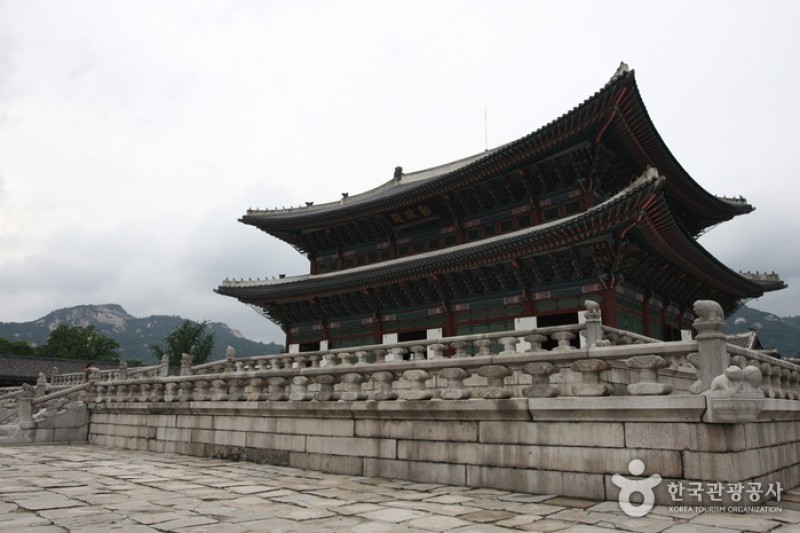 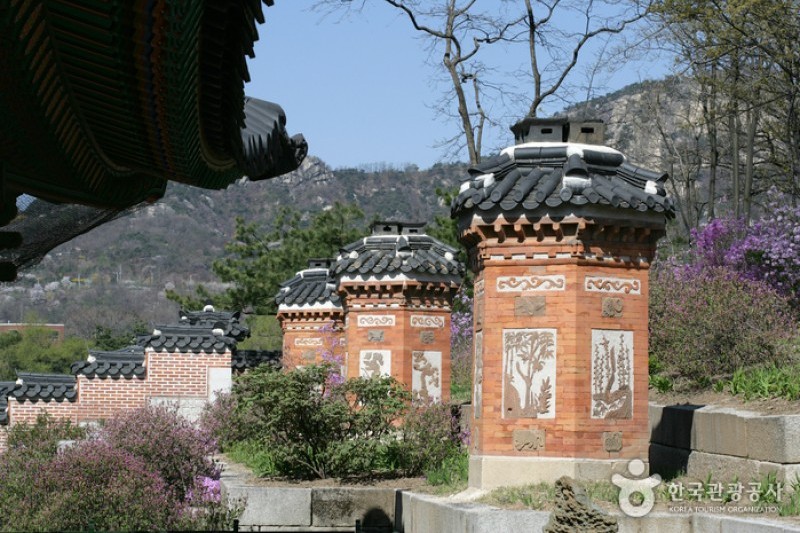 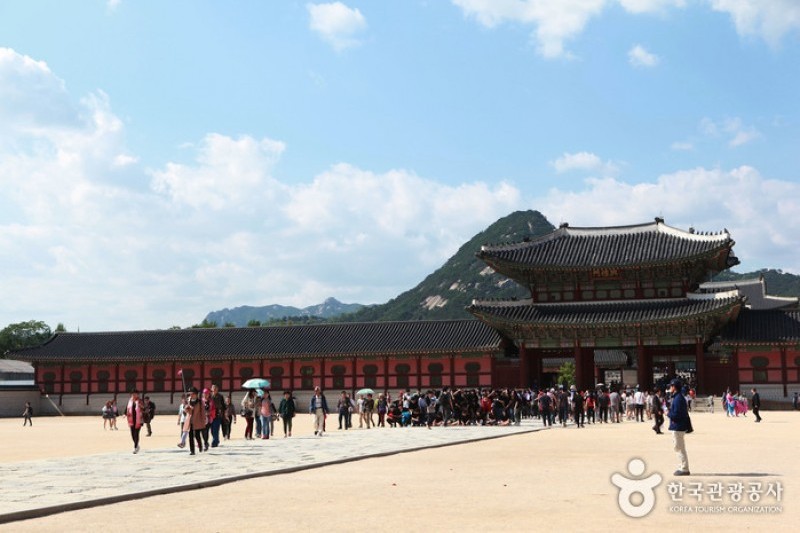 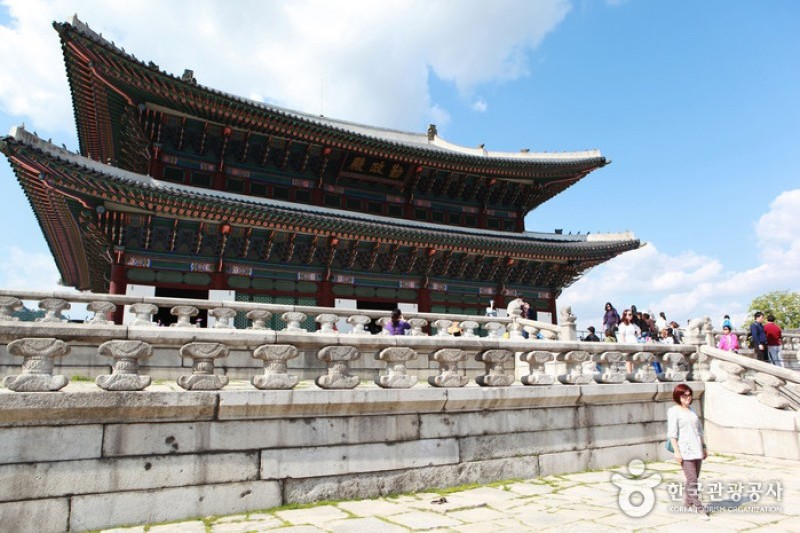 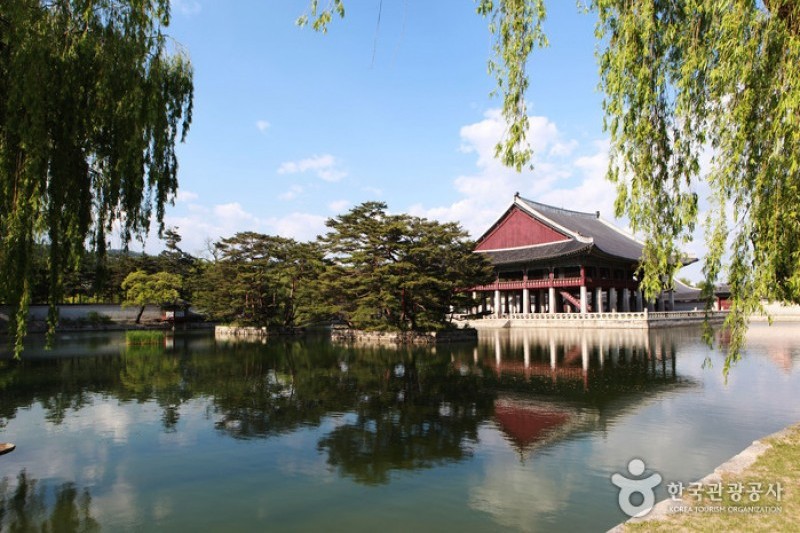 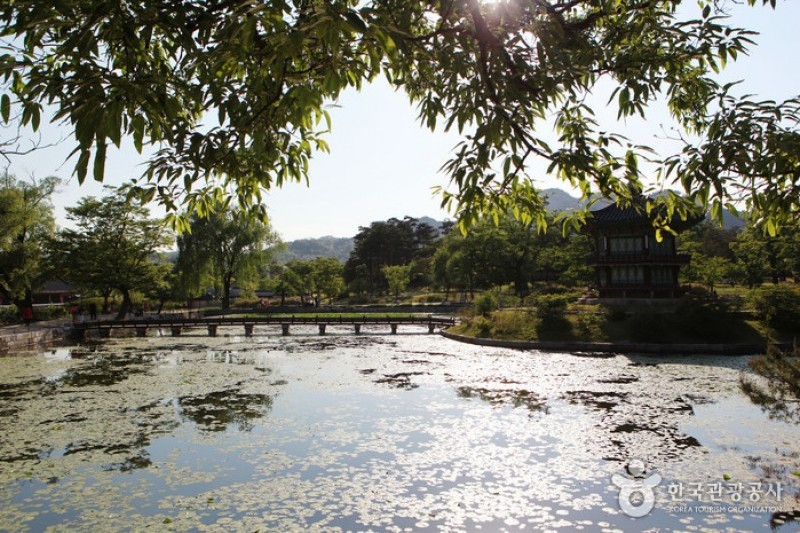 The premises were once destroyed by fire during the Imjinwaeran War (Japanese Invasion, 1592-1598). However, all of the palace buildings were later restored under the leadership of Heungseondaewongun during the reign of King Gojong (1852-1919).

Remarkably, the most representative edifices of the Joseon Dynasty, Gyeonghoe-ru Pavilion and Hyangwonjeong Pond, have remained relatively intact. Woldae and the sculptures of Geunjeongjeon (The Royal Audience Chamber) represent past sculptures of contemporary art.

The National Palace Museum of Korea is located south of Heungnyemun Gate, and the National Folk Museum is located on the eastern side within Hyangwonjeong.

A new street called taegeukgi-gil (literally "Korean flag street") has been developed on one of Hyoja-dong's streets, where a total of 240 flags were be flown along the street near Gyeongbokgung Palace. A similar street can be found in front of Cheongwadae (the Blue House, or presidential residence). The street was created in 2015 to mark the nation’s 70th anniversary of victory over Japan, which liberated Korea from Japanese occupation. The display of the taegeukgi was put up on March 1 in remembrance of the March 1st Movement, also known as the Sam-il Movement, one of the earliest public displays of Korean resistance during the Japanese occupation of Korea. The flags will be taken down at the end of the year.

* Tickets for Gyeongbokgung Palace are also valid at the National Palace Museum and the National Folk Museum.

* Last admission: 1 hr before closing
* Operating hours are subject to change depending on conditions or circumstances.


Integrated Palace Ticket
- Four Palaces (Changdeokgung Palace (including Huwon, Secret Garden), Changgyeonggung Palace, Deoksugung Palace, Gyeongbokgung Palace) and Jongmyo Shrine
- Ticket is 10,000 won and may be used within a month after purchase.
- Refund unavailable upon visiting at least one place.

※ Visitors may take a combined tour of Changdeokgung Palace and Changgyeonggung Palace. (Additional ticket must be purchased at Hamyangmun Gate)

※ The Jongmyo Shrine tour will be offered only at specific times during the day, except on Saturdays, when visitors may tour at their leisure. The passage connecting Jongmyo Shrine and Changgyeonggung Palace will be closed to the public.

* Wheelchair rental service available at Geunjeongmun guard post. * Parking spaces and restrooms (near outside entrance by parking lot) available for people with disabilities. * The main entrance has a wheelchair ramp for easy access.