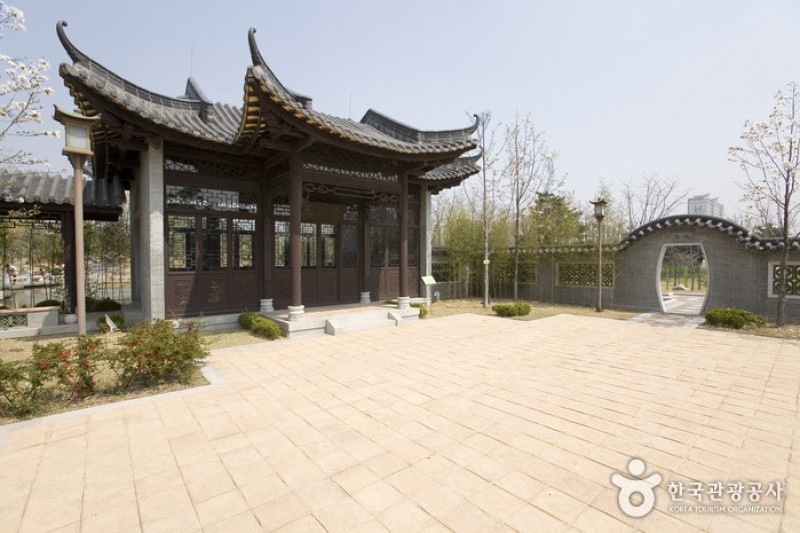 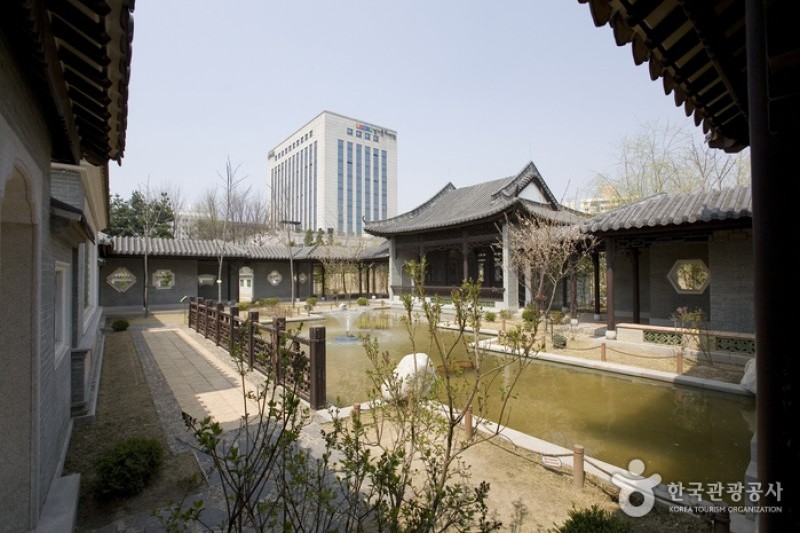 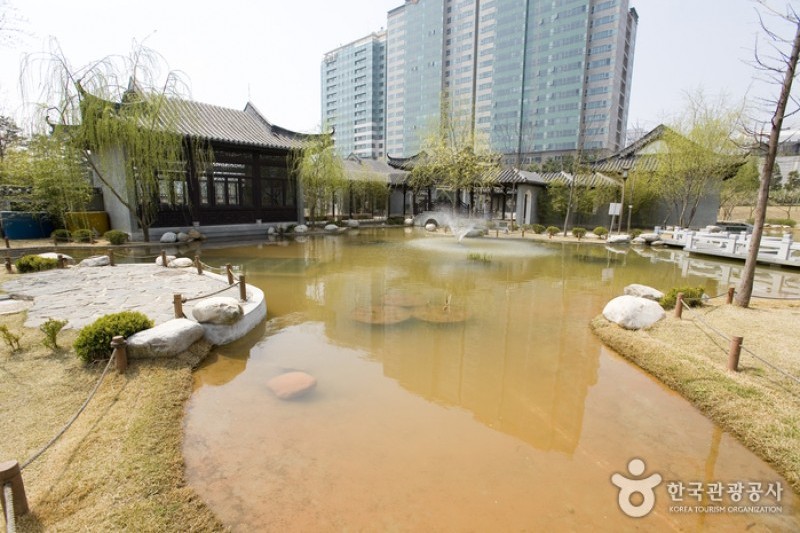 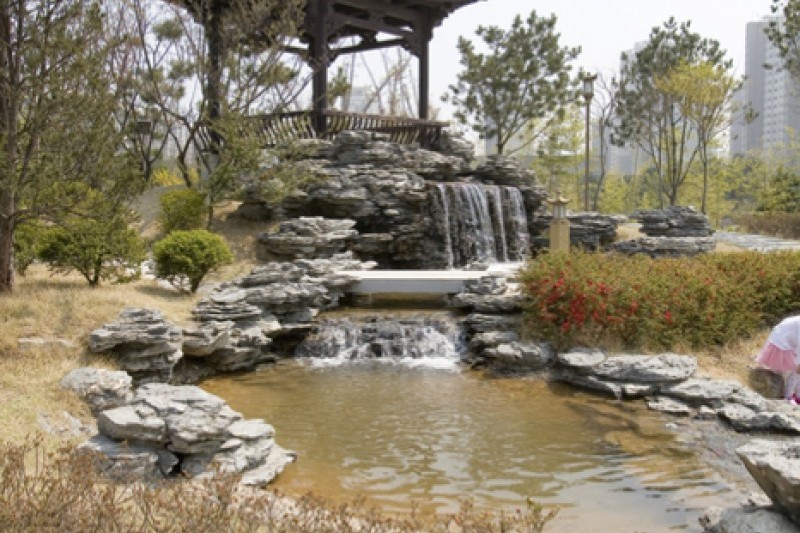 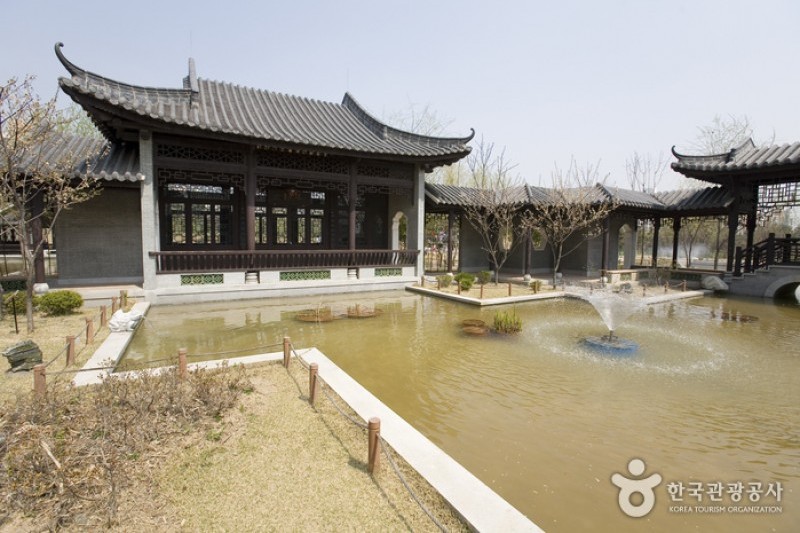 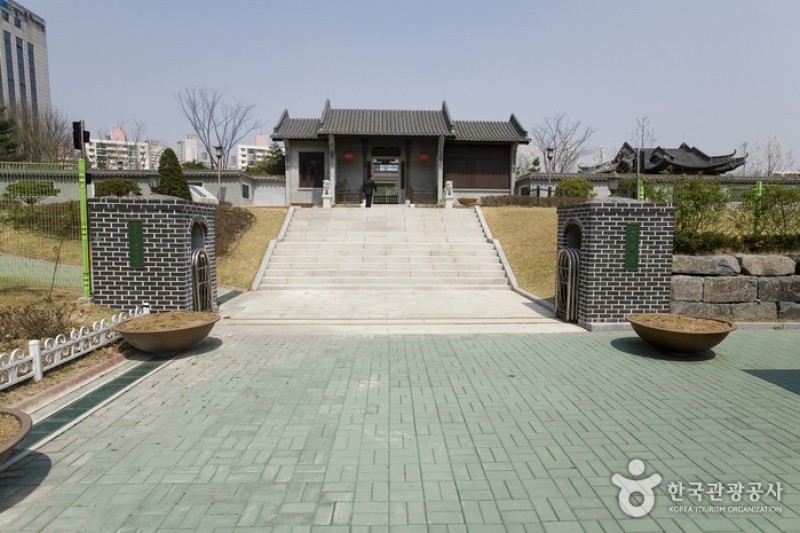 Wolhwawon Garden at the west point of Hyowon Park, located in Paldang-gu of Suwon, Gyeonggi-do, is known for unqiue style resembling Chinese elements. With a concept heavily influenced from ancient Guangdong Province of China, visitors can easily experience a Chinese culture from this grandeur establishement without having to travel far. The story of how the Chinese garden came to the Korean soil begun with a special memorandom of agreement (MOU) made between the provicial governments of Gyeonggi-do (Korea) and that of Guangdong (China) in October 2003. In appreciation of each other's cultural heritages and the friendship, both parties agreed to build traditional gardens of the counterpart, in each city. Following the agreement was the construction of Wolhwawon on June 15, 2005 and thereafter the opening to the public as of April 17, 2006.

In a detailed note, this replica is similar to those largely found from Yeongnam region of China. The grand site not only inspires visitors to this garden, but also offers enjoyable views of the man-made mountain and lake located outside, visible through the building's windows. The artificial fountain in particular, was built with a pavilion modeled after a ship. Following the traditional architectural style of buildings in Guangdong province, Chinese poems and words are also found in multiple places written in white, over blue bricks and wood. Roofs were made of bricks, wood and lime combined.

About 80 Chinese laborers came to Korea in June 2005 to build this garden of 6,026㎡ (1,820 pyeong), costing about 3.4 billion won in completion, and the incurred fee was beared by the Guangdong province. Consequently, based on the MOU, Gyeonggi-do on the other hand constructed a 'Gyeonggi Garden' in Yuexiu Park in Guangzhou province, China, which became open to the public in December 2005. The garden was remodeled after Soswaewon Garden, a traditional Korean garden currently located in Damyang-gun, Jeollanam-do.

[Subway]
Get off at Suwon City Hall Station (Bundang Line) and Exit 10.
Walk for about 230m straight and turn left into the street after KIA Motors.
Walk for another 115m and cross the pedestrian when you see Gyeonggi Traditional Music Center at the opposite. The garden is 1-minute walking distance ahead.