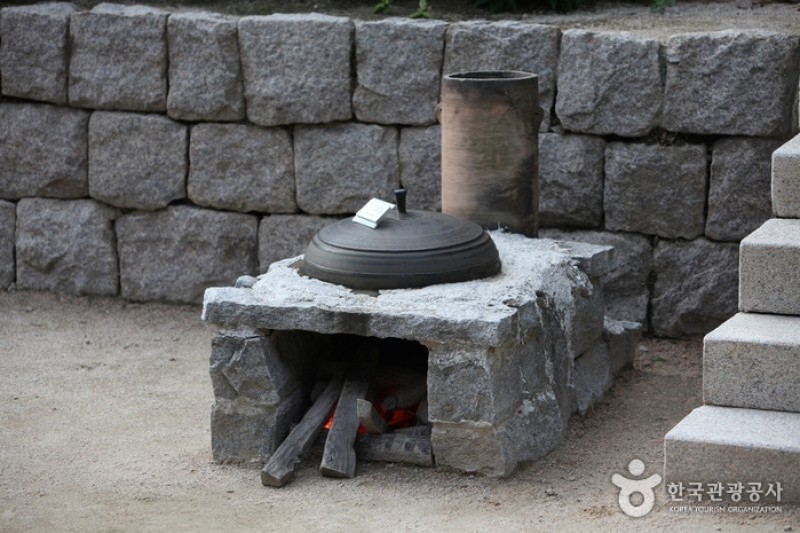 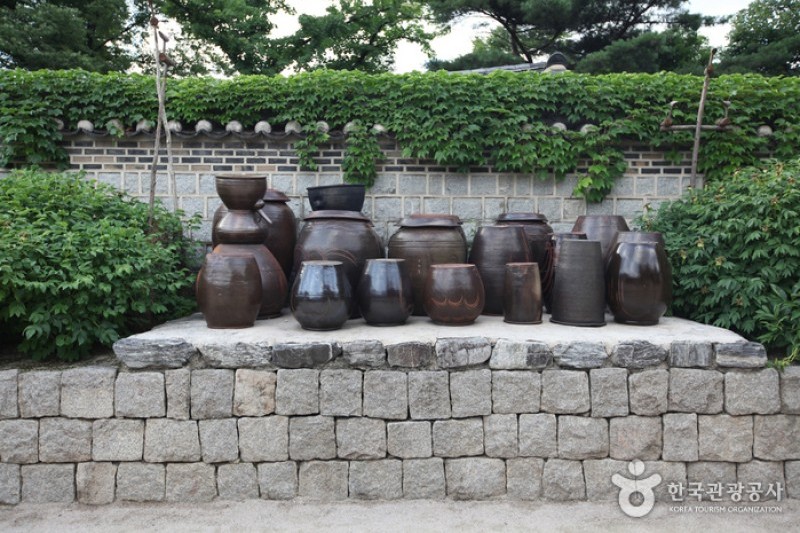 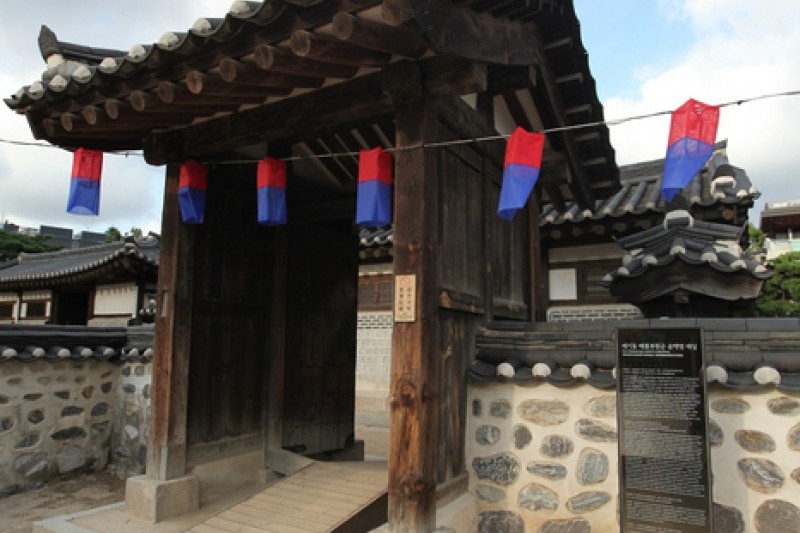 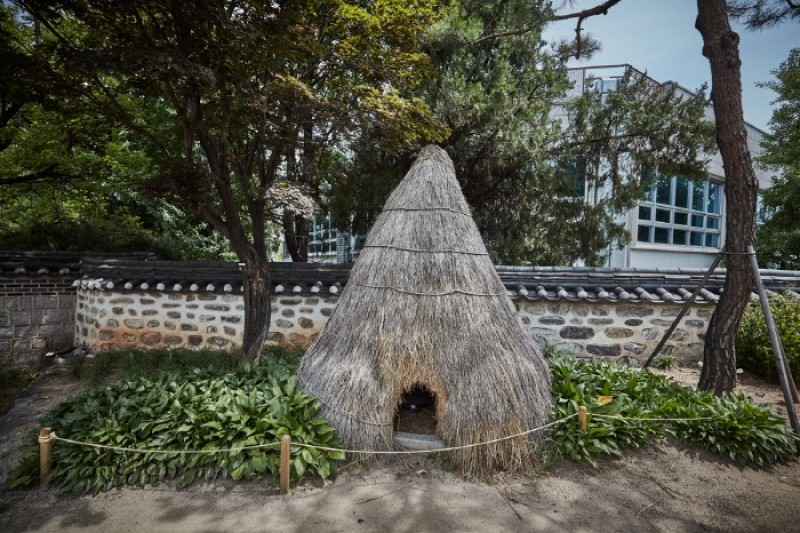 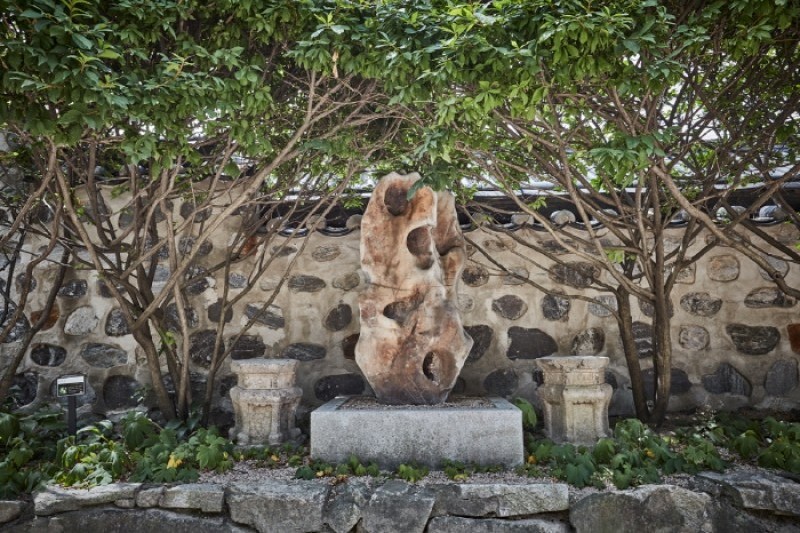 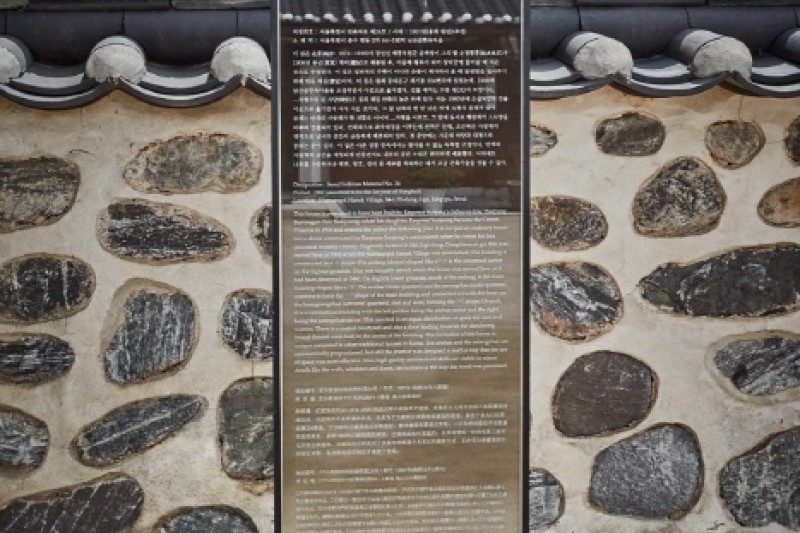 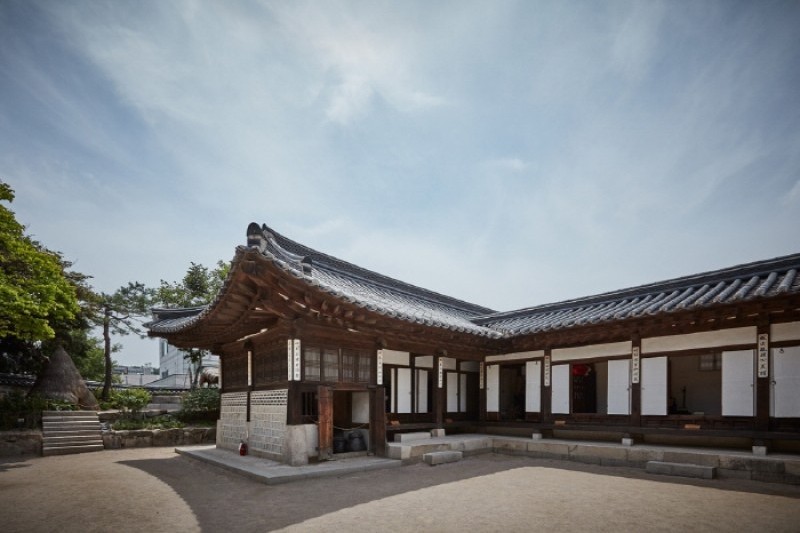 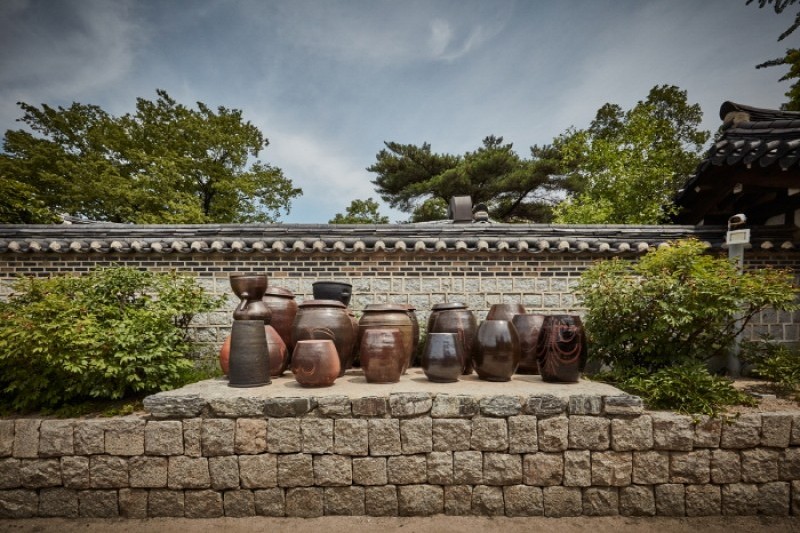 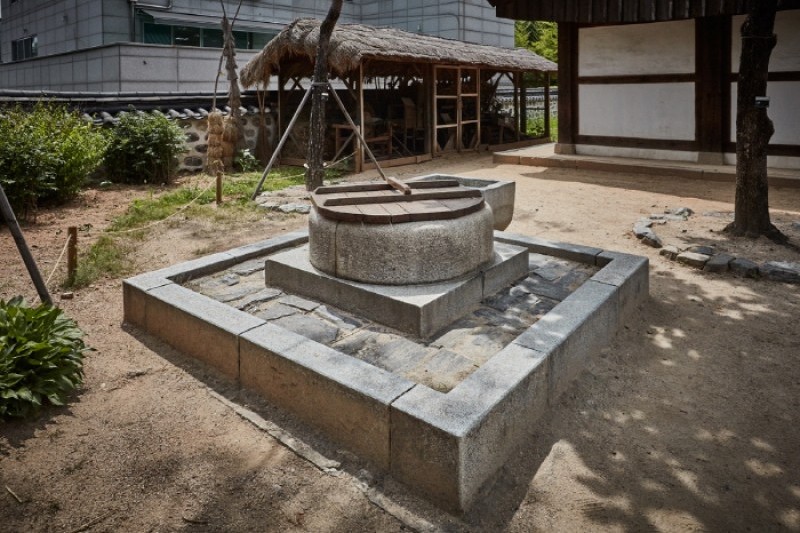 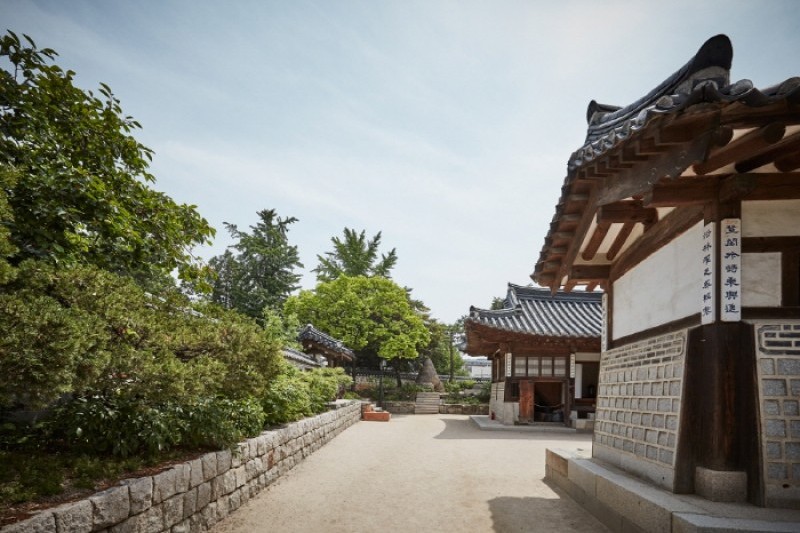 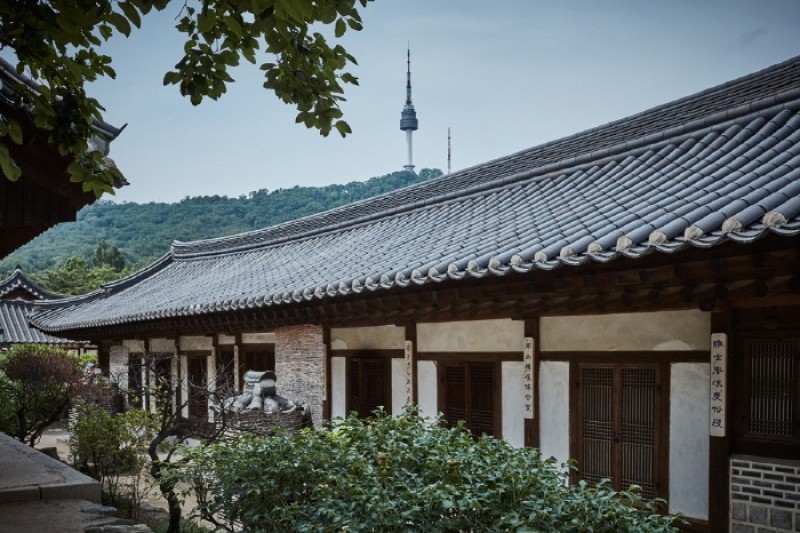 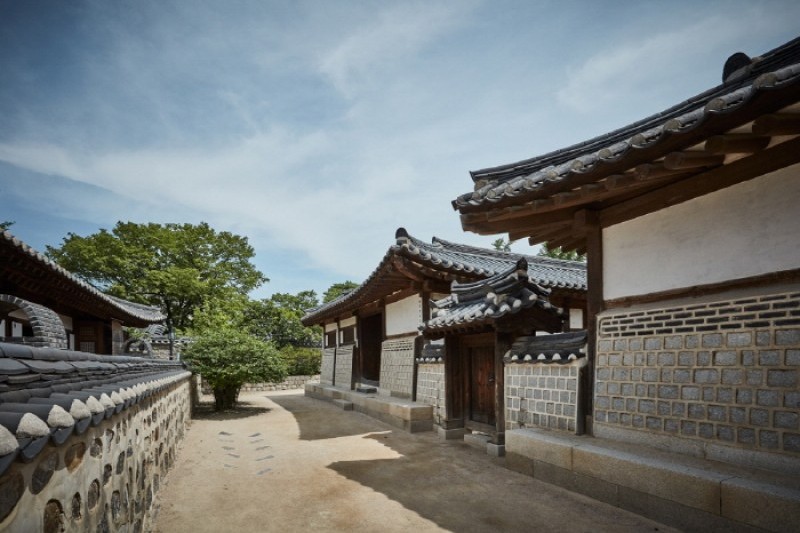 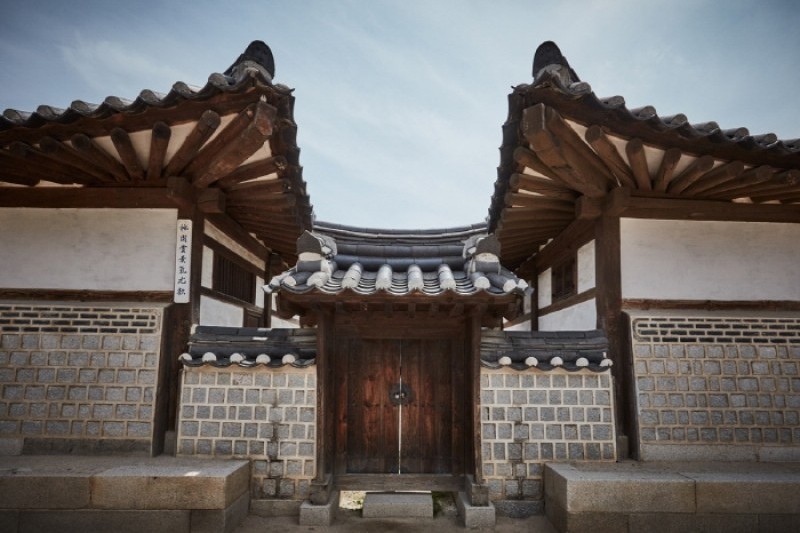 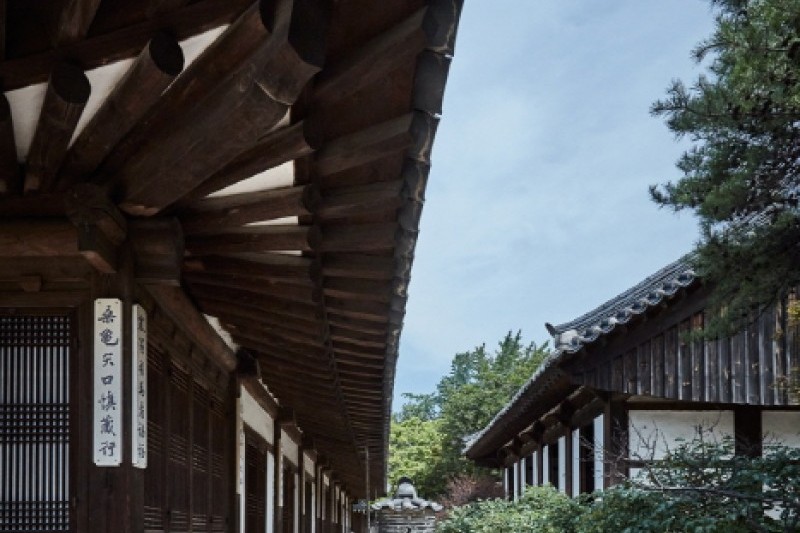 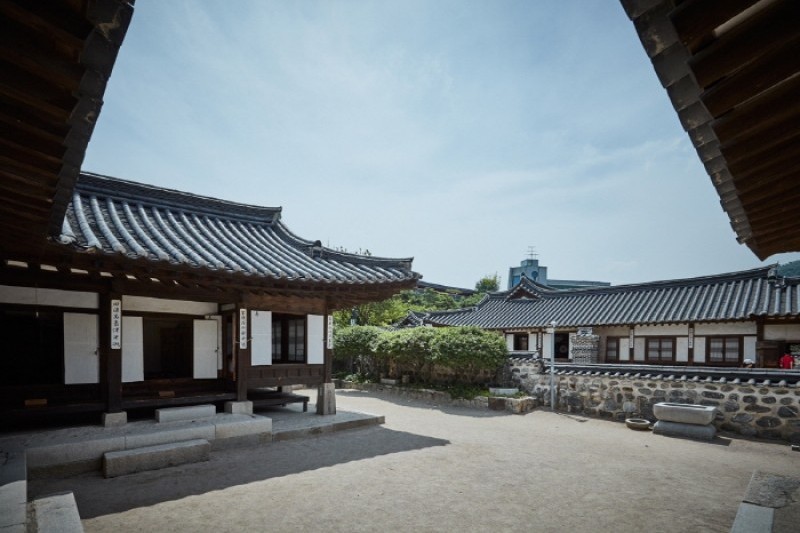 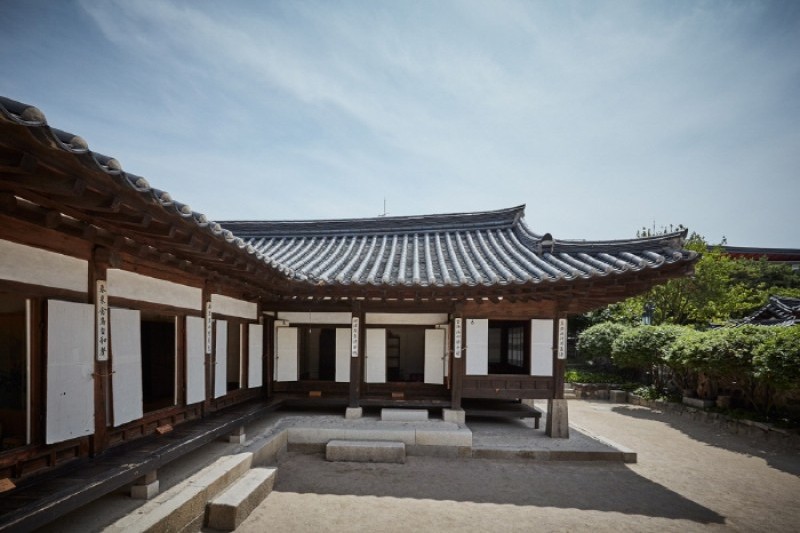 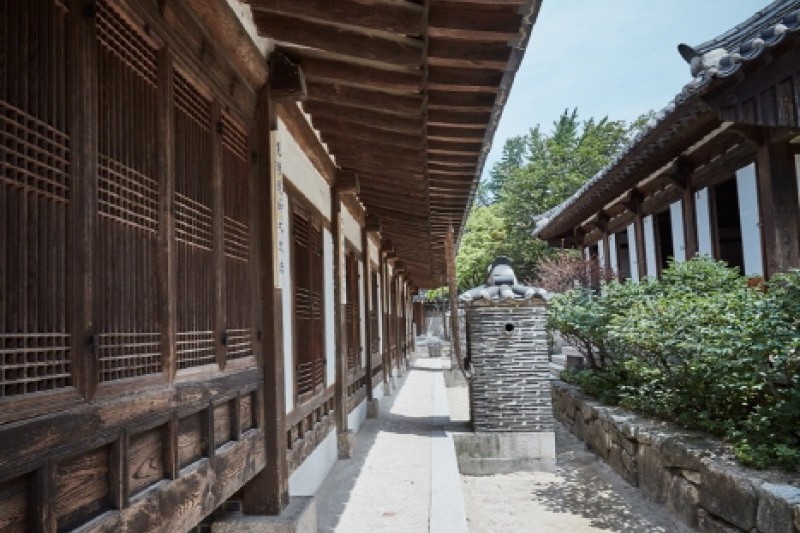 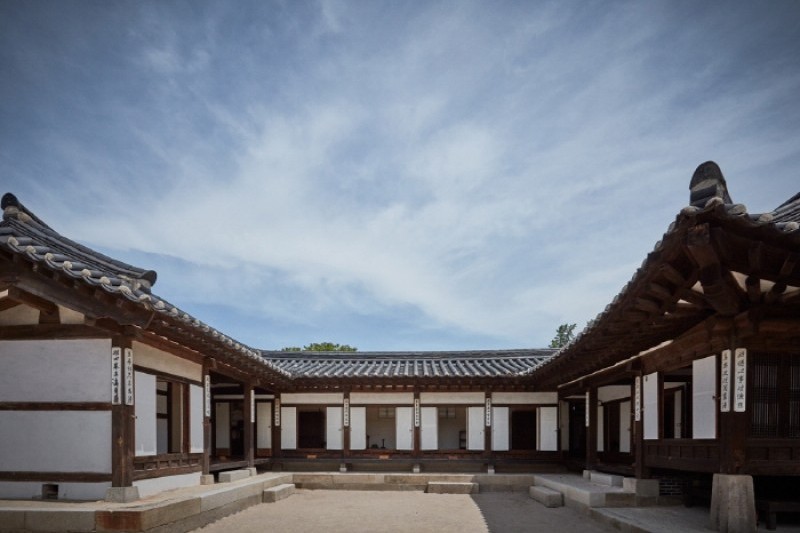 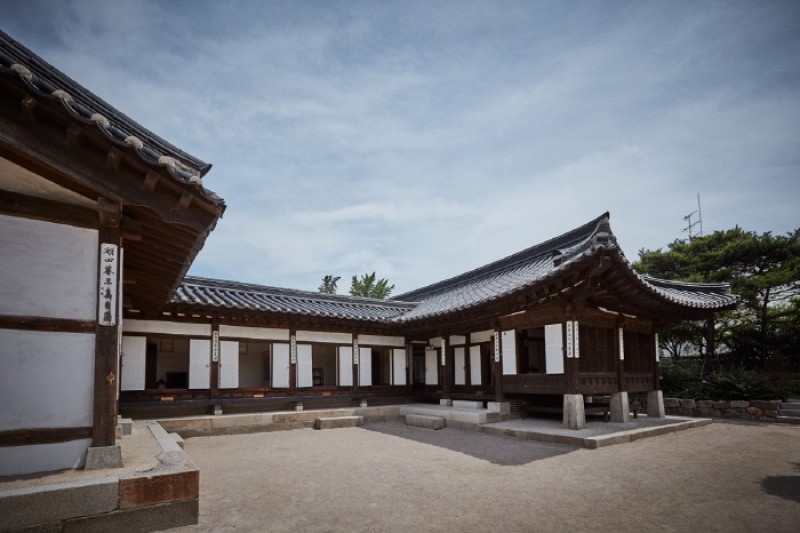 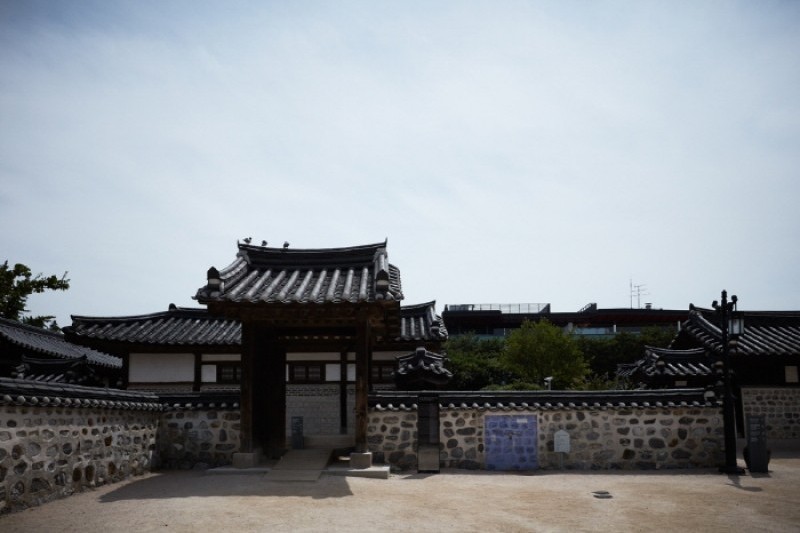 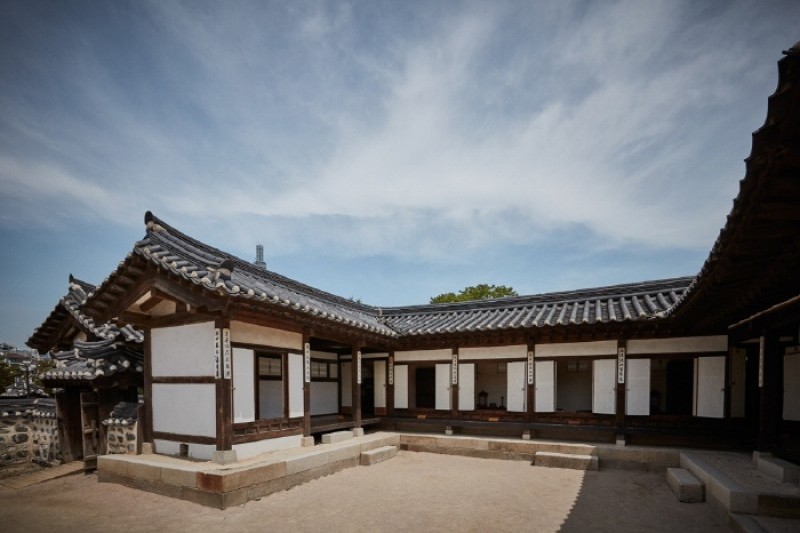 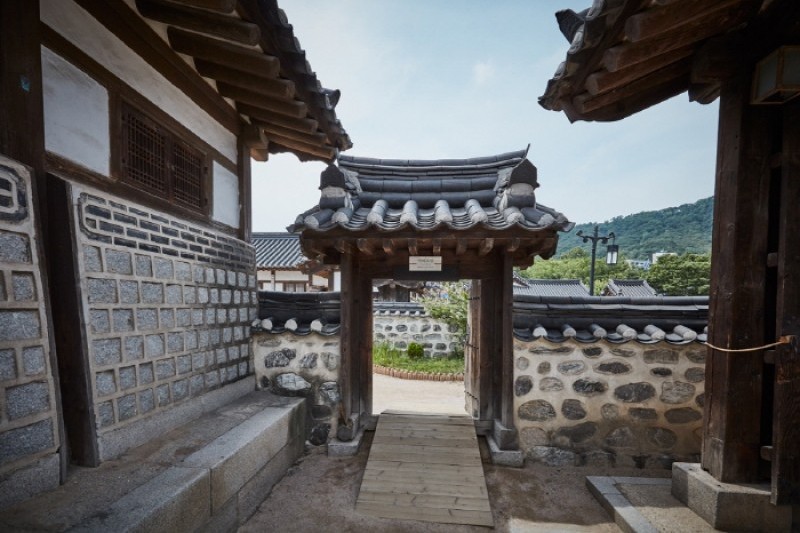 Haepungbuwongu Yun Taek-yeong Daek Jaesil is a house built by the father-in-law of King Sunjong of Joseon Dynasty. He built this house in 1906 when his daughter was proclaimed the crowned princess of Joseon and entered Changdeokgung Palace to later become Queen Sunjeong. Red pine trees salvaged from the demolition of Gyeongungung Palace were used to construct the house. It was originally located at 224 Jegi-dong Dongdaemun-gu, but was later restored and moved to its present location. The shrine of the house that was destroyed in 1960 was also restored. Additionally, a stone stair of two steps on which flowers were planted was added in front of the shrine. Atop of the house is a tiled, triangle-shaped hip-and-gable roof. Sarangche (men’s quarter) has double-layered eaves, while other eaves are single-layered. Haengrangche (servant’s quarters) has a gabled roof supported with three beams.
Because the house is more of a shrine rather than residential living quarters, it has many unique features. For example, unlike other houses, it has Anche (women’s quarters) located across from Sarangbang (men’s quarters) with Daecheong (living room) positioned between them.

Chungmuro Station (Seoul Subway Line 3 & 4), Exit 1.
Take the road between Daehan Theater and take a left at Toegye-ro 36-gil road.
Turn right turn at the next alley and turn right at the four-way intersection where Pildong-ro 1-gil and Toegyeo-ro 36ga-gil meet.
The house is located on the right inside Namsangol Hanok Village.

Call the Korea Travel Hotline for assistance with directions.