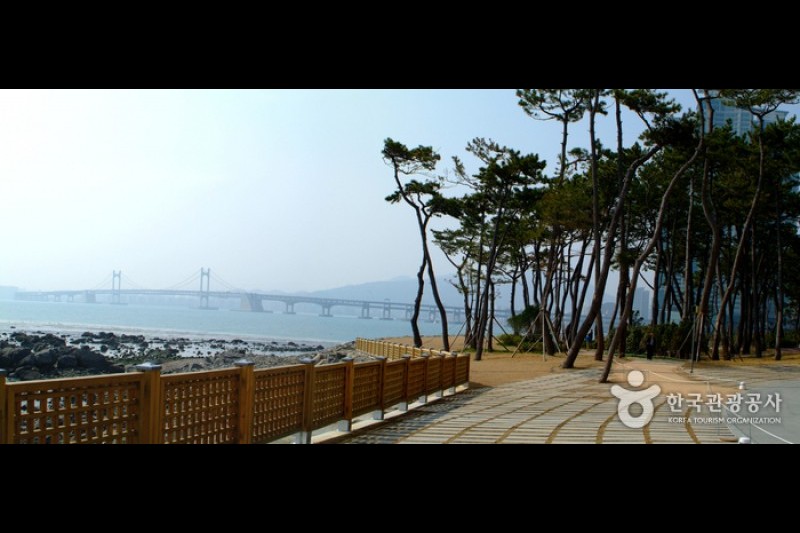 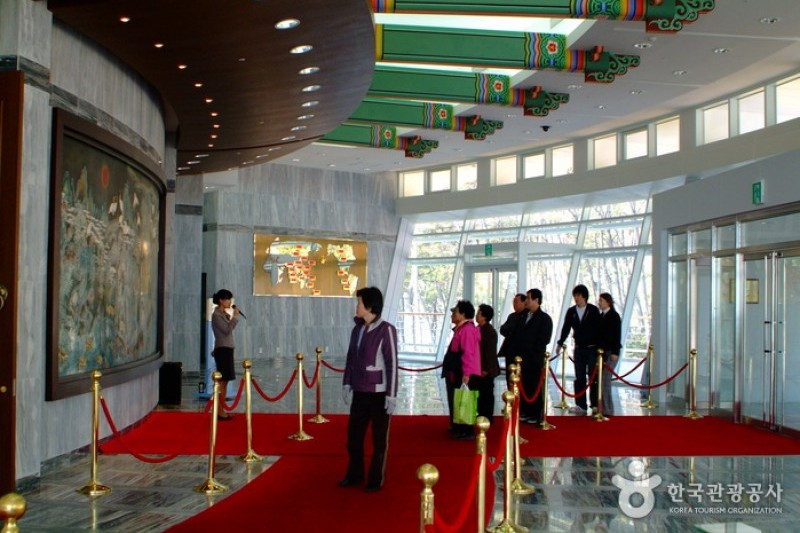 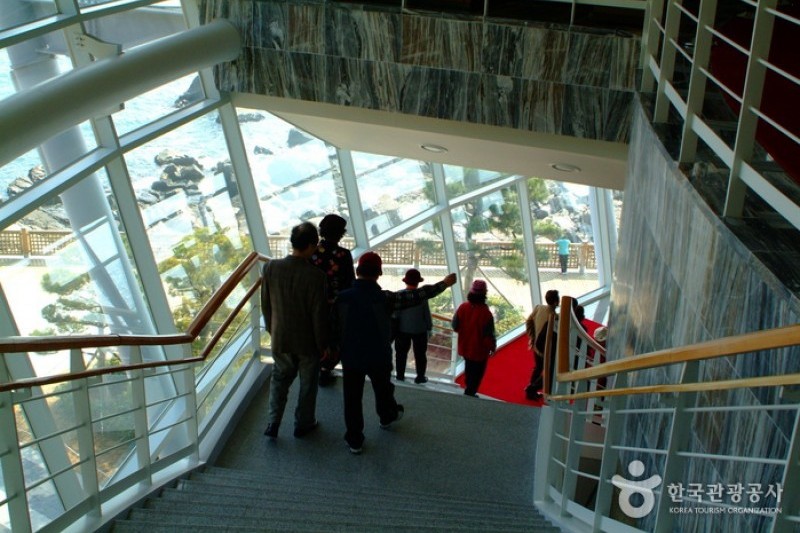 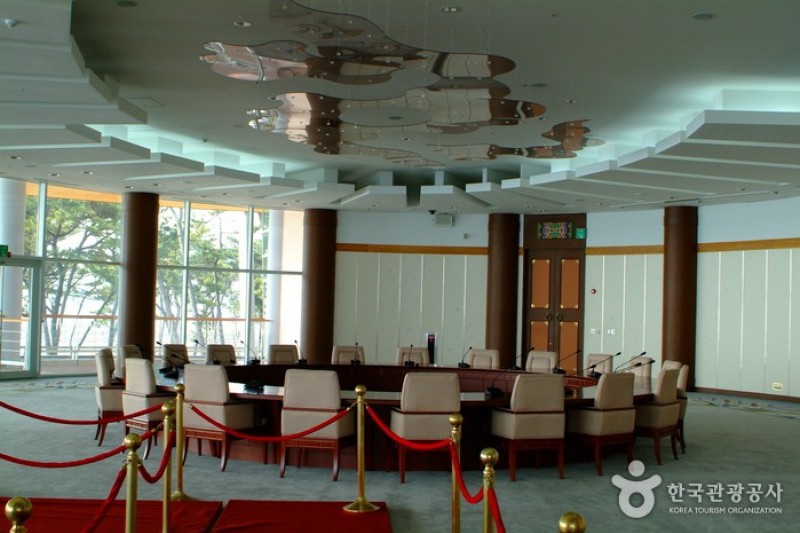 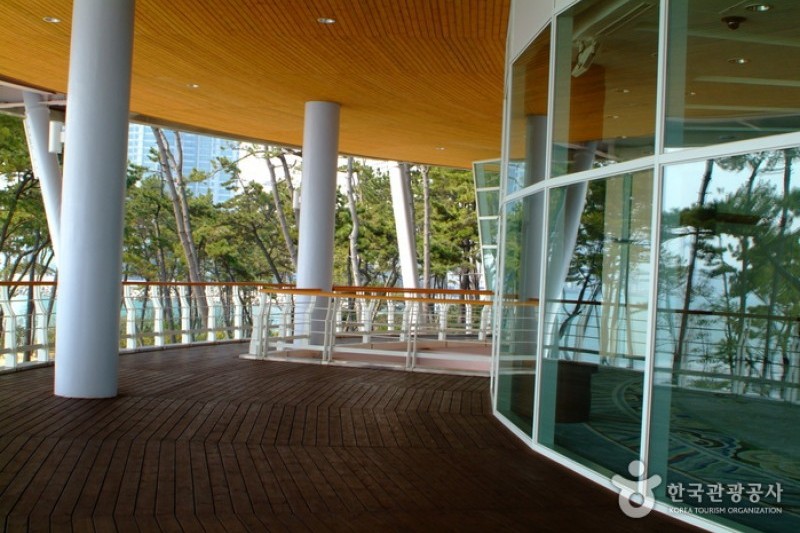 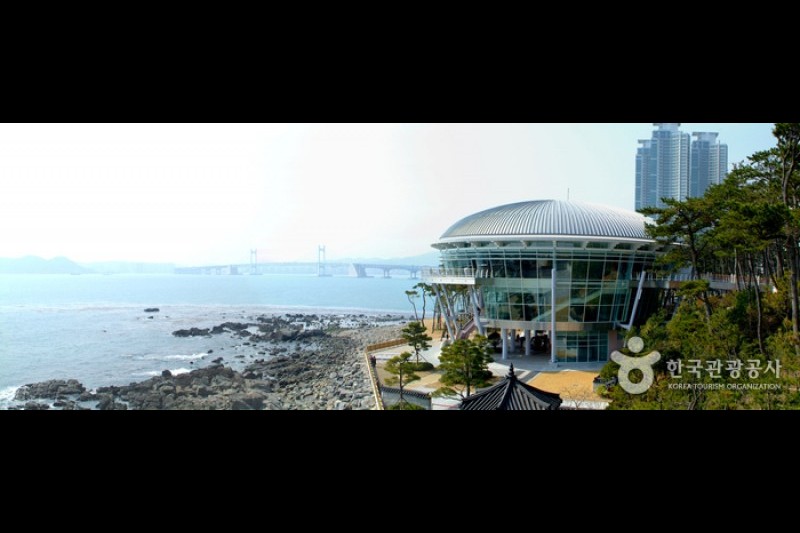 The name Nurimaru APEC House is created by combining the Korean words nuri (“world”) and maru (“summit”), and “APEC House,” which refers to an APEC conference hall. Collectively, it means “a house where the world summits gather together for an APEC meeting.”

Located on Dongbaekseom Island, which is noted for its beautiful, natural landscape accented by dense camellia and pine trees, Nurimaru APEC House has been used as a memorial hall and a prestigious international conference hall since the APEC summit meeting. Nurimaru, a 3-story building, is a modernistic expression of “jeongja,” a pavilion in traditional Korean architectural style. Its roof shape symbolizes the ridgeline of Dongbaekseom Island. Its interior design is a visual display of Korea’s creative traditional culture.

The terrace, which has a Korean wooden floor concept, towers over Oryukdo Island, Gwangan Bridge and Dallmaji Hill. Located near Haeundae Beach, it not only offers a spectacular view of the beach, but also has the appearance of a reputable international conference hall featuring both modern and natural beauty.

・Closed : First Monday of Every month